Pokemon Go has become not only one of the most popular Pokemon games ever, but one of the biggest games ever, period. The augmented reality game has become a household name and is therefore played by a large majority of Pokemon fans.

The success of Pokemon Go hasn’t detracted from Pokemon’s normal RPG line of games, though. The hype for the next game in the main series is arguably as big as it has ever been. 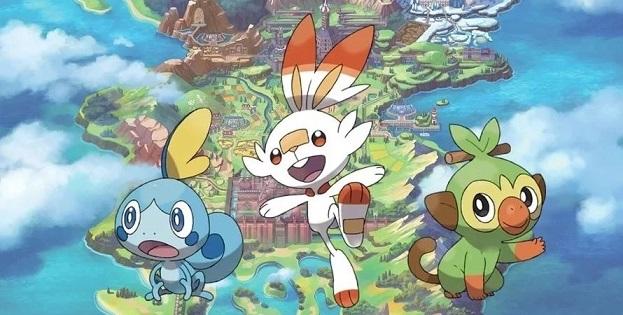 Pokemon Sword and Shield was revealed in February and is scheduled to be released on the Nintendo Switch in ‘late 2019’.

As a consequence of Pokemon Go being the mammoth game it is, it would only make sense for Pokemon’s biggest mobile game to have some form of functionality with Pokemon Sword and Shield.

The latest mainline Pokemon game, Let’s Go, has such compatibility. The quasi-yellow remake allows you to transfer Pokemon into Let’s Go but not vice-versa. Additionally, the introduction of Meltan (and Melmetal) to Let’s Go required Pokemon Go.

Meltan was officially revealed in September 2018…

To capture the steel-type Pokemon, you would need to connect Pokemon Go to Let’s Go. Doing so would give you the mystery box, which when opened, would see Meltan spawn in the Pokemon Go world.

Meltan could also be captured by completing the special research quest, Let’s GO, Meltan. However, linking directly with Pokemon Let’s Go was, and still is, the easiest way to find Meltan.

A datamine has hinted that Pokemon Go will once again connect with Pokemon’s newest game when its released. While this has yet to be confirmed officially, it will come as no surprise that the two games are touted to interlink.

What’s even less surprising is that the news comes from Pokemon Go dataminer extraordinaire, Chrales. They have been responsible for a plethora of Pokemon Go datamines already including the team change medallion, lucky friends and an array of new moves.

Their latest datamine shows the presence of “koala_settings”. This won’t mean a lot to most but the Let’s Go/Pokemon Go functionality was added in similar fashion.

Many have speculated that the codename for Pokemon Sword and Shield is Koala, similar to “beluga” – the codename given to Let’s Go.

By now, Niantic and the Pokemon Company will be aware that dataminers like Chrales are able to identify new information before it’s released. Therefore, it only makes sense for them to codename certain projects.

This certainly doesn’t confirm the functionality but the discovery is interesting nonetheless. More Pokemon Sword and Shield news is expected shortly.