Overwatch bug lets you use Reaper’s teleport with any hero

Overwatch is no stranger to bugs and quirky glitches and a newly discovered teleport exploit might be one of the most drastic to date.

Overwatch has seen its fair share of balance updates and gameplay tweaks over the course of the past few years since release, often fixing gamebreaking bugs or changing heroes.

Every once in a while, little oversights tend to slip through the cracks and one such bug has made its way onto the current Live server where crafty players have figured out a highly effective way to leave the spawn area.

Reaper’s Shadow Step ability allows him to teleport great distances in the blink of an eye. With this newly discovered bug however, players are able to use this ability to teleport themselves outside of the spawn room on any hero.

Immediately after activating the teleport ability, swapping to the hero select screen and rapidly choosing a new hero will in fact relocate that new character to Reaper’s Shadow Step spot on the map.

I wonder if they will patch this anytime soon :thinking_face: pic.twitter.com/m8j2yRTgXC

This ridiculous exploit can be absolutely pivotal in competitive games. Being the first to leave the spawn room is always significant, especially so on Control maps where the objective begins in a neutral state.

Teleporting ahead and making it onto the capture point ahead of enemy expectations could swing the momentum of the first team fight into your favor.

While the clip is short, only showcasing a single example of the bug in action, there’s no telling whether or not the action can be replicated across all maps and modes.

Making it back to the payload in an efficient manner to trigger overtime is just one of the few scenarios where this newly discovered tactic could prove pivotal. At the elite level of competition, every little edge matters in the grand scheme of things, meaning we could soon see this pop up in competitive games if it isn’t patched. 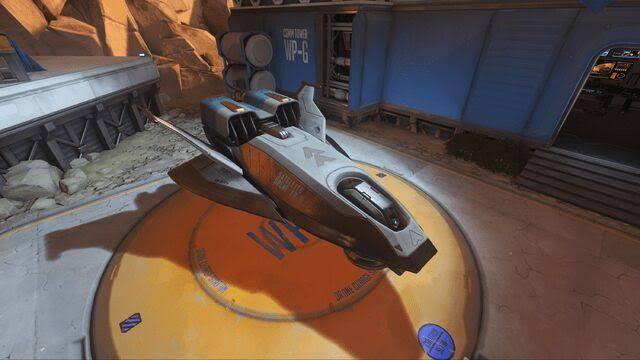 Utilizing this strategy you could teleport directly onto the payload as any character.
[ad name=”article5″]

It’s unclear whether this tactic will be patched out in the near future or if Blizzard developers will simply negate the use of the Shadow Step ability while in spawn.

Recently, we’ve seen just how powerful other teleporting abilities can be in the world of competitive Overwatch and this Reaper exploit is no different.