For the first time since Saturday’s underwhelming Legends drop, EA has released two new limited time Playoffs Performers, but it surely hasn’t done much to quell the growing unrest within the Madden 19 community.

It appears as if the powers that be aren’t tone deaf in regards to the unrest, however, as a special stream at 3pm PST / 6pm EST is expected to, at the minimum, answer some of the burning questions regarding the apparent disinterest in providing routine updates to Madden 19.

If nothing else, the Super Bowl promo which was inadvertently leaked last week figures to be teased in the upcoming information drop. 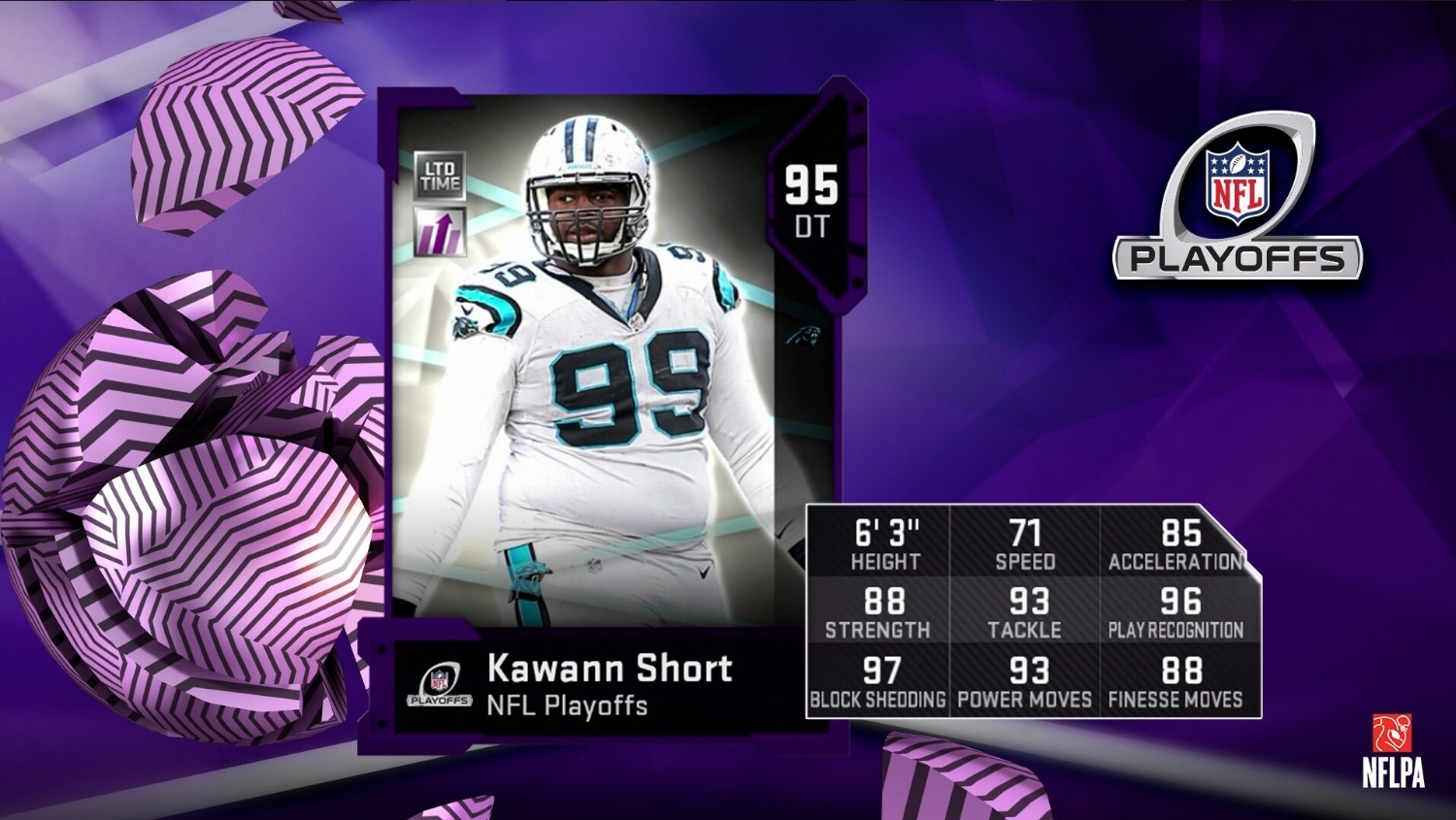 Onto the two new cards, Short sees his first update since the 92 overall MUT Heroes card which dropped in early October.

At 97 Blockshed, the Panthers defensive tackle ties recently released Team of the Year 96 overall Damon Harrison for the highest mark at his position, but unlike Harrison, actually has some semblance of speed (71).

Short isn’t as fast as the likes of 95 overall Primetime Performers Geno Atkins, 95 overall NFL Playoffs Fletcher Cox or 95 overall Gauntlet John Randle, but he has enough higher end statistics across the board that he’s simultaneously unique but not overwhelming dominant at his current position.

To emphasize that last point, properly balancing new items is a good thing and something that has fallen under the radar with a myriad of issues regarding the lack of content and broken gameplay rising to the surface in recent weeks. 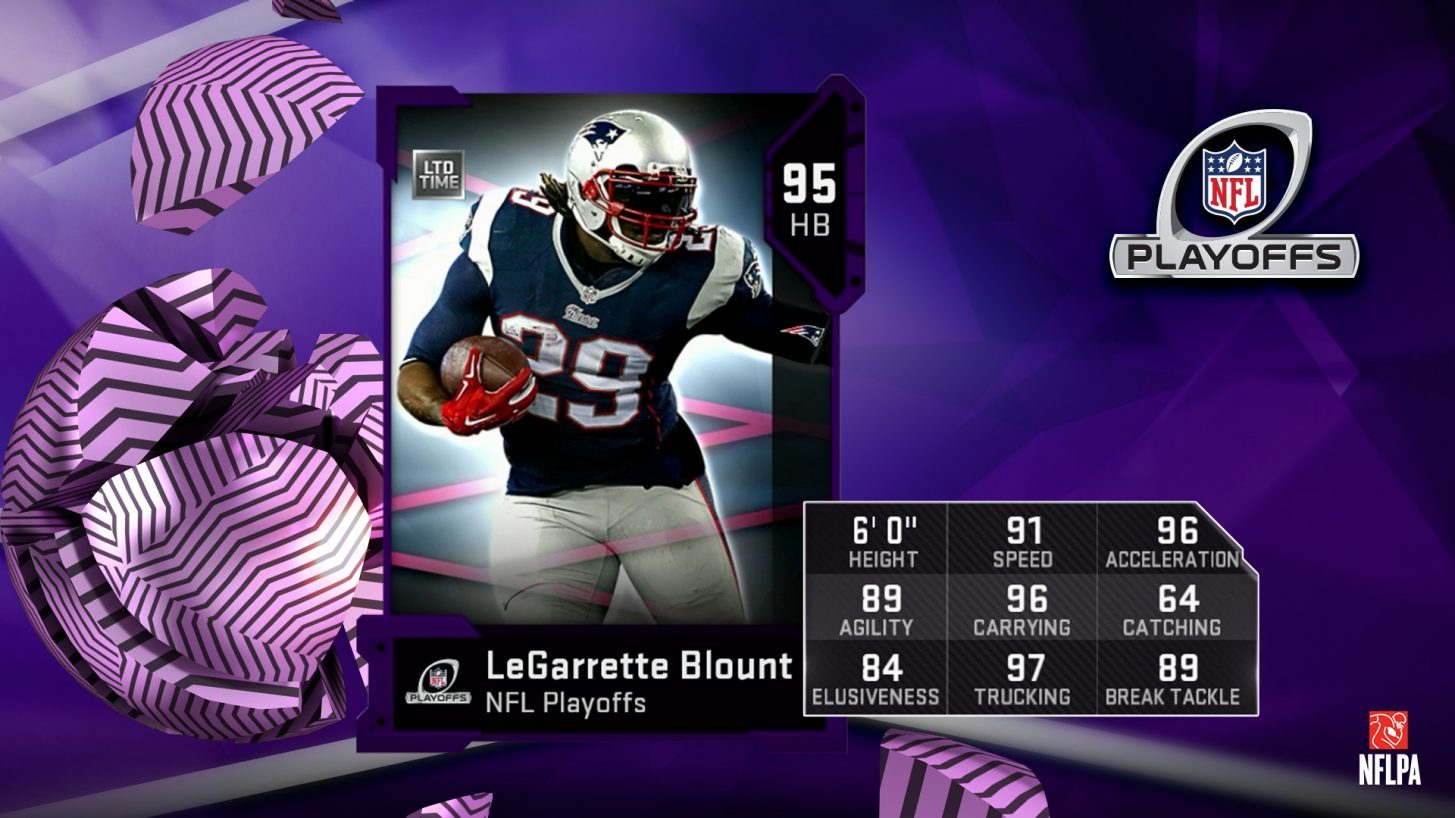 The same thing could be said for LeGarrette Blount, who received a Limited Time item thanks to his heroics as a Patriots RB, but seems due for a Power-Up option in the near future if you read anything into the Madden Daily Drops host asking for such a thing to occur.

While his viability in an Eagles, Buccaneers, Titans, Steelers and Lions theme team will likely add more value to this card if the inevitable occurs, for the moment Blount compares favorably for players looking for a power back.

Blount won’t, and shouldn’t, compete with the likes of cards such as 96 overall Legends Chris Johnson or even the do-it-all 98 overall Team of the Year Todd Gurley, but at least among other power backs like 94 overall Legends Jerome Bettis, or 96 overall Ghosts of Christmas Past Eddie George, Blount should be a different, yet viable option due to his 97 Trucking and respectable 91 Speed.