At long last, the final batch of Team MVPs have finally been released in Madden 19 Ultimate Team, and save for one card it’s fair to say this wasn’t exactly worth the wait for PlayStation 4, Xbox One, and PC players.

Players will recall the second iteration of Team MVPs launched March 8 with 10 different teams receiving a second 97 overall item with a ‘x3’ multiplier to their respective team chemistry.

While it was initially viewed as a benefit for theme teams, it’s clear the week long delay for subsequent Team MVP options was done in part to act as a feeder for the NFL Free Agency promo which entered the fold March 11, but has yet to see any substantial additions. 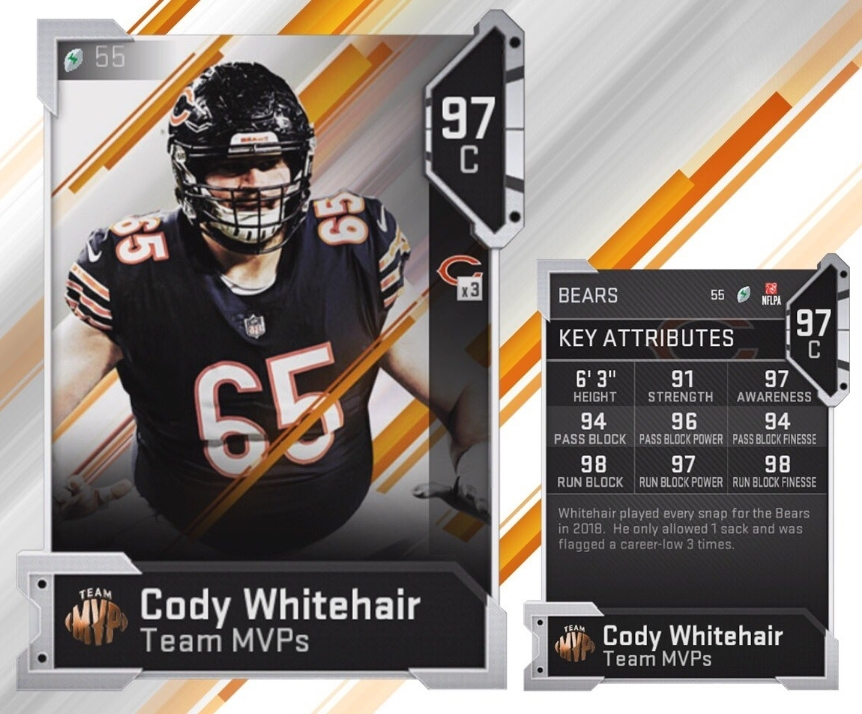 Whitehair is among a handful of Team MVPs that will disappoint outside theme teams.

Six of the 64 97 overall items are currently on different teams than the ones they garnered “Team MVP” honors for, including three – Tyrann Mathieu, Dee Ford and Trey Flowers – whose cards were released in the past week. 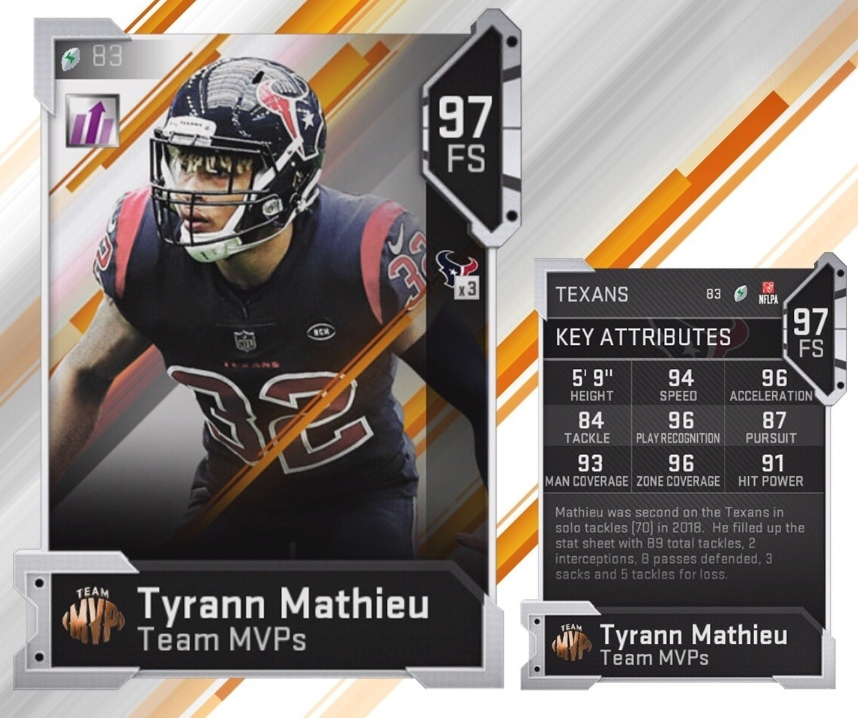 Mathieu joins a host of Team MVP options who have left their previous team during the offseason.

That last point seems to directly conflict with the ideology that EA truly planned out the Team MVP portion in advance, as it seems disingenuous to suggest newly moved players were the “only” ones could fit into the respective designation.

Yes, those players will receive ‘x3’ chem for their performances with last year’s teams, but given there is an entire program dedicated to providing updates to some of the big name players that have currently joined other organizations in the offseason, it feels like a lazy way to add a “new” item for a player without spending extra resources creating other cards.

Perhaps providing more information regarding the process of card creation could help alleviate those concerns from the Madden community, or a more detailed and well thought out schedule of events might eradicate those misconceptions. 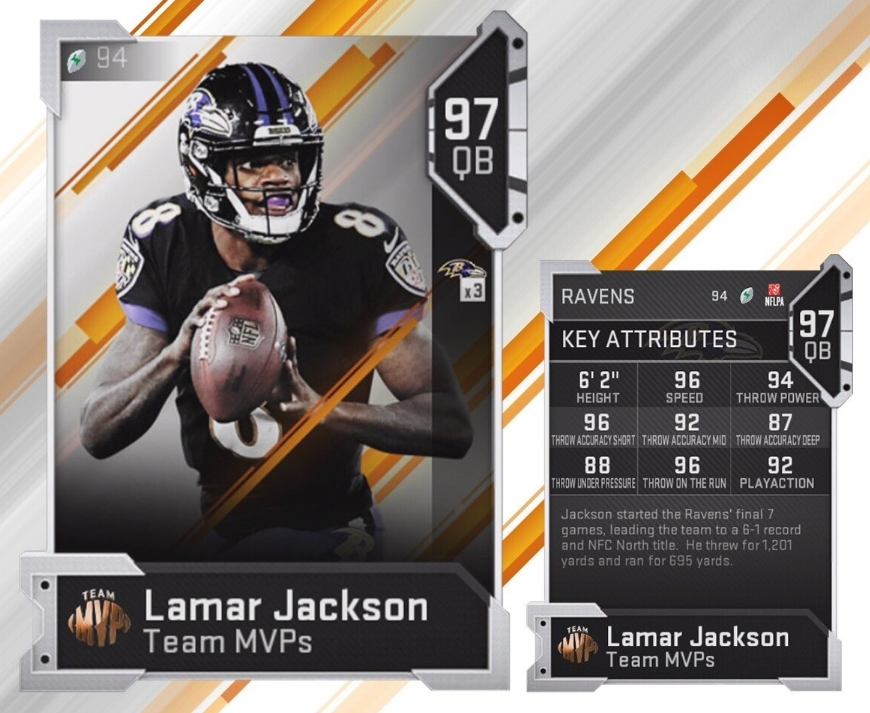 Jackson will rightfully be among the best quarterbacks in Madden Ultimate Team for the rest of Madden 19.

In any case, the March 21 edition of Team MVPs will rightfully showcase Lamar Jackson as a right-handed version of meta-dominate Michael Vick, while the ensuing five players will be after thoughts thanks to one reason or another.

The inevitable Power-Up will give Jackson a bit more of a speed boost, and depending on the chemistry used, will make the Ravens’ rookie QB among one of the best cards in the game, not just at his position. 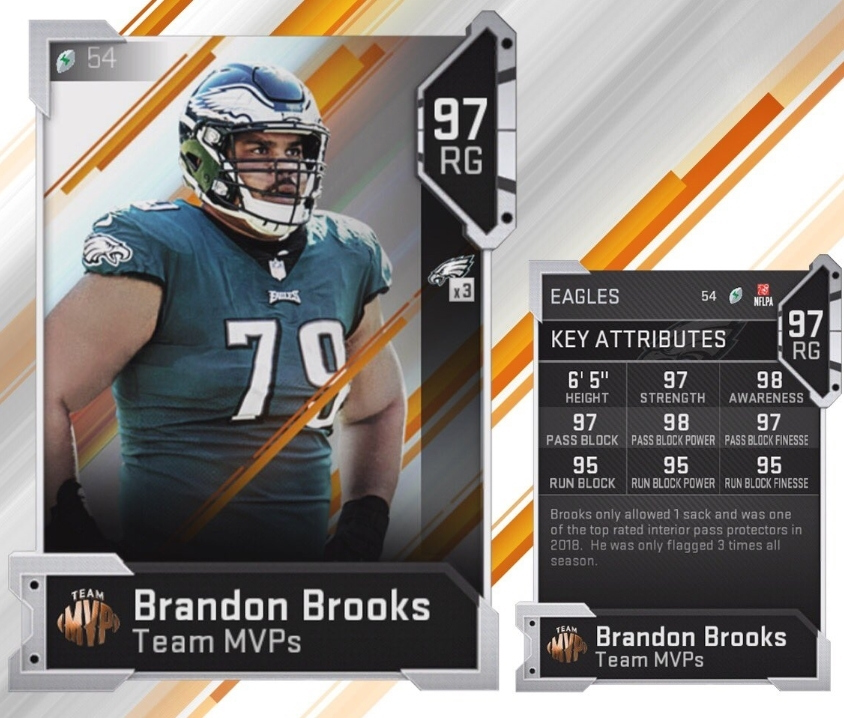 Brandon Brooks is unquestionably the best guard in the game, and embarrassingly destroys Bears’ Team MVP Cody Whitehair when it comes to the ratings of the two new 97 overall offensive lineman.

However, offensive line is by no means a sexy position, and given 12 of the 64 high overall items were along the offensive trenches, it’s a disappointing conclusion to the painfully prolonged program. 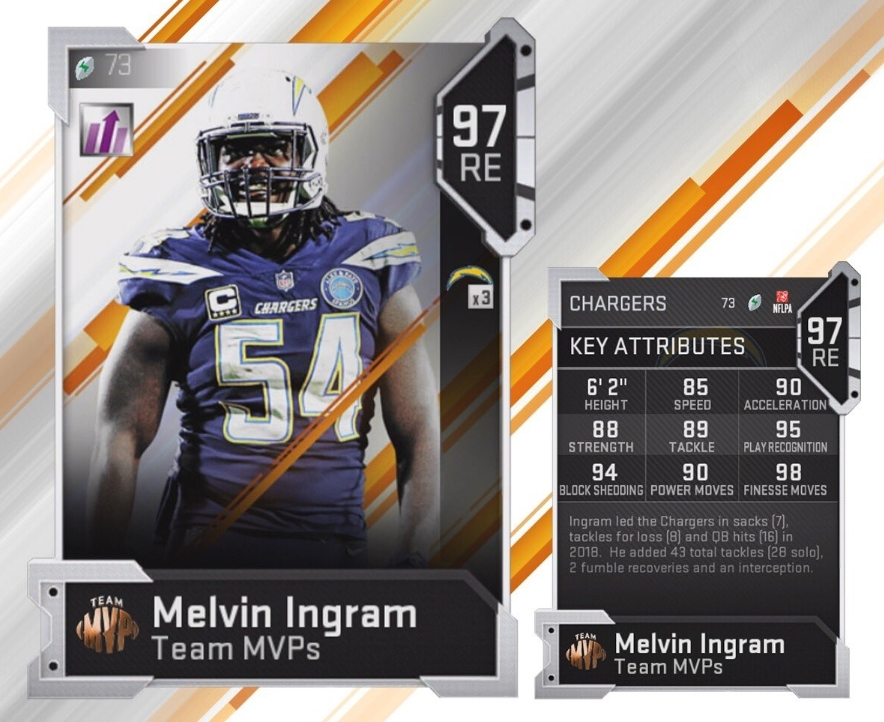 Melvin Ingram and Bradley McDougal are the rare combination of players who needed upgrades desperately and actually got solid boosts, with the defensive end receiving a whopping +7 blockshed upon his 90 overall Team of the Week Card, while the Seahawks safety seeing +5 boosts to most coverage stats. 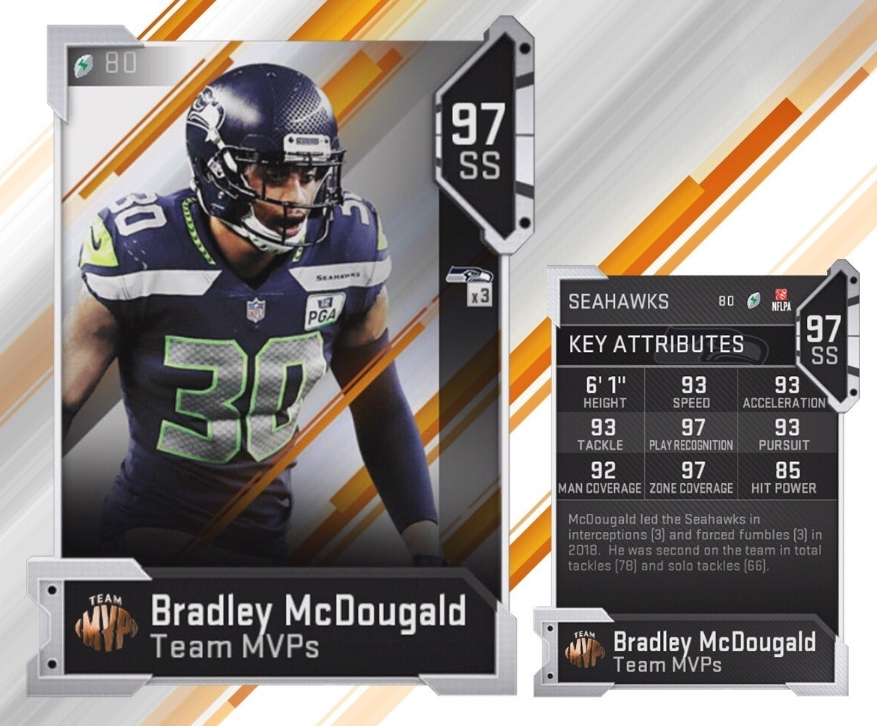 McDougal’s speed (93) might handicap him to Seahawks’ theme teams exclusively.

It remains to be seen if either player will force a change in the current meta, with a seemingly vocal minority placing an emphasis on pure edge rushers such as Ingram, whereas man coverage in safeties is at an all-time high in order to prevent the growing dependence on “crosser” routes.