In perhaps the most ambitious House Rules iteration to date, Madden 19 Ultimate Team will see four 97 overall or higher items awarded to users who participate across the four-day affair, separated by two “events” that span the course of two days, respectively.

The first half of “Double House Rules Week” has already started, and is expected to conclude at 7am PT / 10am ET / 2pm GMT on Wednesday, March 27. 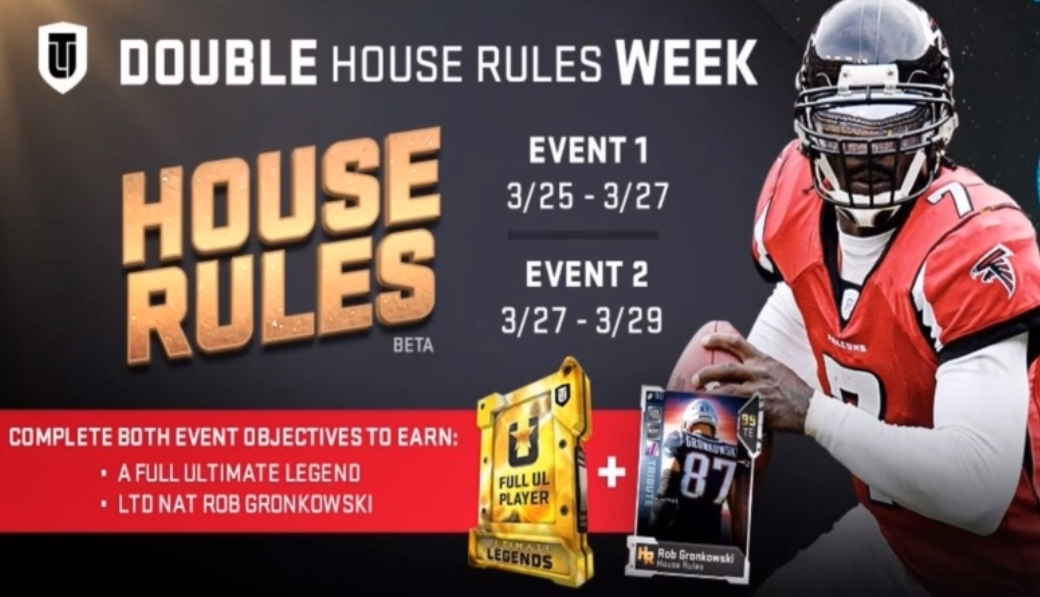 A double-dip of House Rules will yield some of the best rewards in Madden 19 for users who opt to participate.

The most important news is that it’s played against the CPU as part of the “Duo Squad” option, and that 10 wins, not insert whatever numerical number straight victories, are required in order to secure the non-auctionable 97 overall NFL Combine player.

It’s a pain to slog through 10 full-game solos, no doubt, but for those who haven’t indulged in the solo side of Madden Ultimate Team, focusing on staying out of your teammates way, whether that be on offense or defense, is generally the best advice possible. 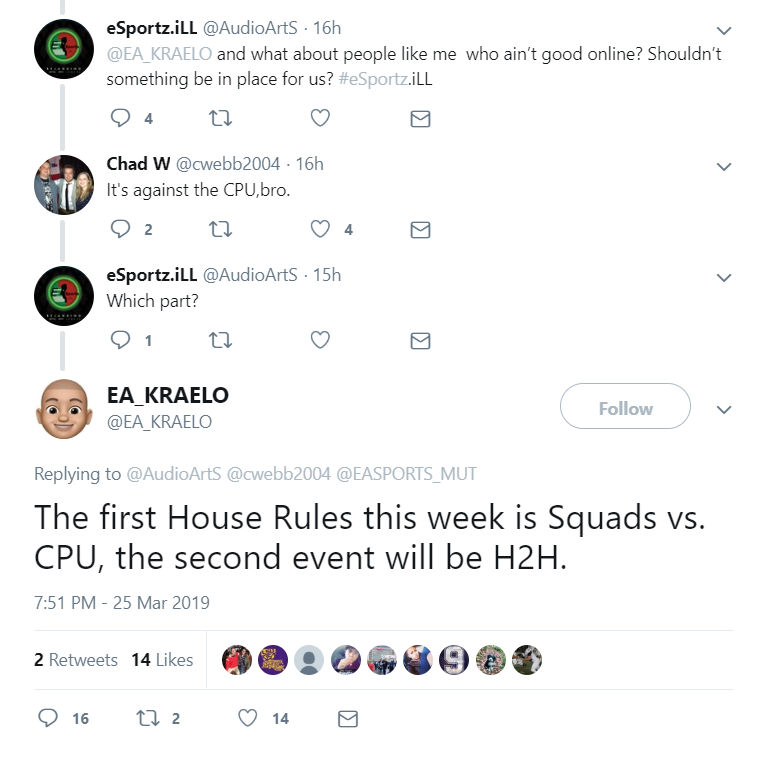 It won’t be easy, but the tantalizing reward for completing 10 wins in both House Rules will likely make for the most interacted H2H option to date.

We don’t know much about the second half of Double House Rules, but it was confirmed by EA Community Manager, Kraelo, the second portion, slated to begin Wednesday, March 27 through early morning Friday, March 29, will be a H2H event. 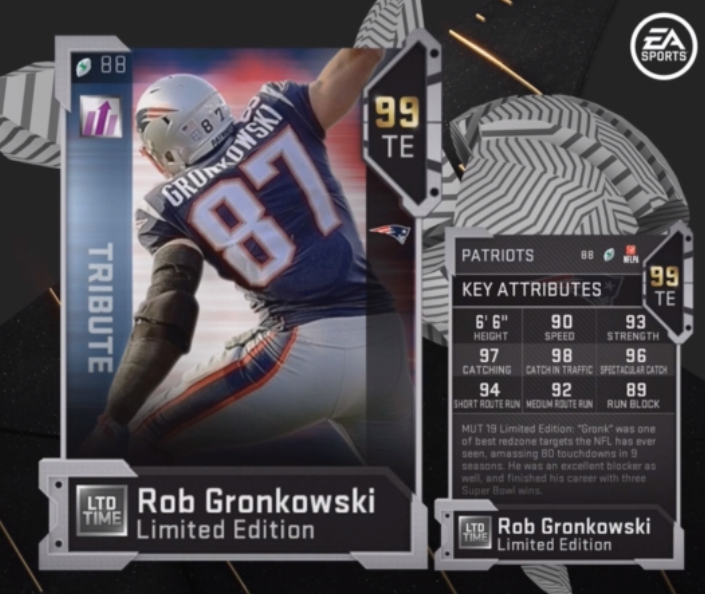 The Madden 17 coverboy can be quicksold for 6,500 training, but with 90 speed and 89 Run Blocking, you probably won’t need another TE for the rest of Madden 19.

Should a user manage to win 10 games in that portion as well, they’ll receive an auctionable 97+ overall Ultimate Legends card, plus a non-auctionable/tradable 99 overall Career-Tribute Rob Gronkowski item.

While the Gronk card image will be slightly different as opposed to the LTD card available in packs for the next 48 hours, the stats will be the same for both iterations, meaning a player will be able to acquire arguably the best tight end currently in Madden Ultimate plus three other high end items for winning 20 games across four days.

It should be worth noting the launch of MLB The Show 19 (March 26) has coincided with the generous amount of items available in Madden Ultimate Team at the moment.

And considering Series 6, which is expected to yield another wave of high-end cards and new solo options, has been strongly hinted at dropping on March 29, expect MUT to continue to churn out interesting content for fans eager to dive into sports-centric video games.

The first iteration of House Rules for the week has concluded, setting the stage for the second portion of the four-day affair, which takes place from March 27 through Friday, March 29th at 7am PDT / 10am EDT / 2pm GMT.

Unlike the first event, which was played with another person against the CPU, the second half of Double House Rules will require 10 head-to-head wins against other opponents. The stipulations (called Loss of Downs), which give users three attempts at completing a 1st and 20, will likely lead to plenty of forfeits en route to the 10-win end game reward – a 97+ overall auctionable Ultimate Legend, plus 99 overall Career Tribute Rob Gronkowski. 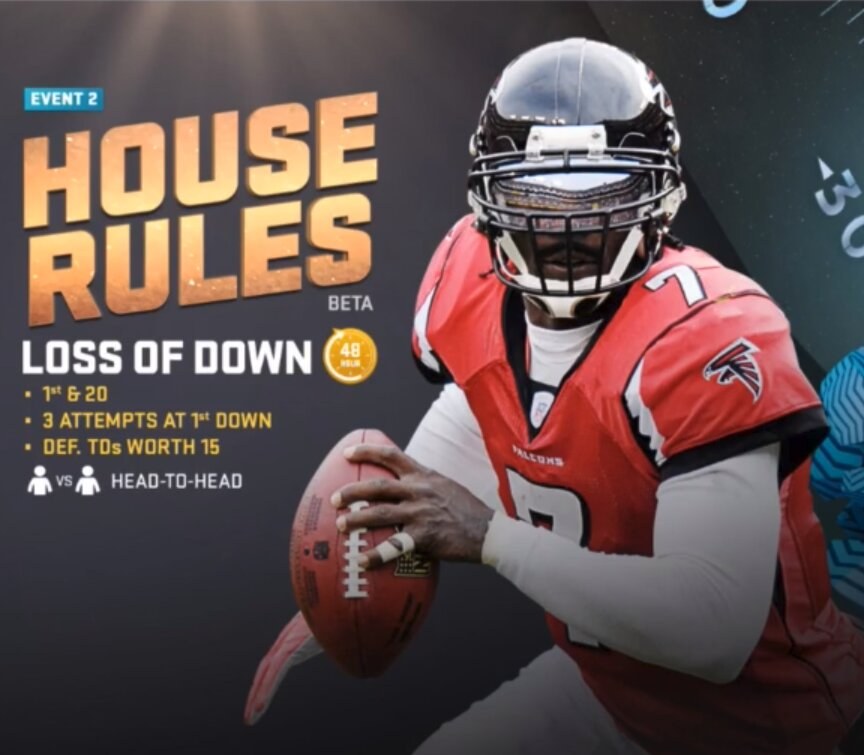 The conversion rate is two training points for every three “Scout” – a horrible switch for players with tons of Scout points, as the 97 overall NFL Combine and Team MVP cards would be able to be quicksold for way more training than currently possible via the conversion. That means players who have a plethora of the third currency should look to exchange it for any of the bevy of options available in the MUT Store.