Where is the League of Legends Worlds 2019 theme? Riot finally responds

League of Legends 2019 Worlds Championship theme that a lot of fans have been asking for – and it’s not looking promising.

Every year the creative minds at Riot do something completely insane in honor of the ultimate prize in LoL by producing a unique tune that embodies the spirit of competition for one of the largest international esports events of the season.

The League of Legends World Championship 2019 is set to officially kick off with the Play-in Stages on October 2. But worldwide League of Legends fans have yet to hear the 2019 anthem they’ll be playing on repeat throughout the tournament. 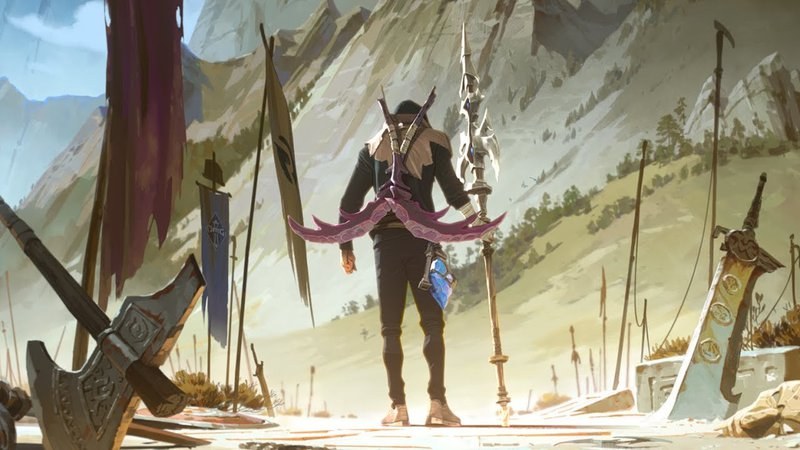 Riot have a long track-record of amazing Worlds themes like Rise.

Legions of diehard fans have been dying to hear any sign of life in regards to the 2019 theme song, but Riot has largely kept updates close to the vest as they are sure to be just as eager to put the best possible product.

Knowing that fans would hit back to any update that isn’t the actual theme, a reply from the League of Legends EU Twitter account gave fans their first update in a while.

“It’s not quite ready yet, I’m afraid” the LoLEU account said. “But we’ll post when we have it!”

The update marks one of the latest signs of life in a sense for the 2019 World’s theme, but it wasn’t an encouraging sign.

It's not quite ready yet, I'm afraid, but we'll post when we have it!

While fans know that the song’s release is imminent with the tournament’s start just days away, the response still summoned scathing remarks fueled by the community’s frustrated anticipation.

“How in the world can’t it be ready yet?” user ‘Jakob Flodin said in reply. “It’s not as if it’s a random tournament or anything. This happens every year.”

The Worlds Championship will be spanning a few different countries in 2019, so Riot could be brewing up something special for the occasion.

Even though the vast majority of fans know Riot will take their time to ensure the quality of the Worlds theme remains in tact, it seems a fair few people are starting to get antsy to hear the new anthem for Worlds which should release very soon.