Thorin's Take: Doublelift vs. Bjergsen in the Quest for the LCS Gauntlet - Dexerto
League of Legends

Thorin’s Take: Doublelift vs. Bjergsen in the Quest for the LCS Gauntlet

Tonight, at 1pm PDT / 4pm EDT / 10pm CEST, Team Liquid and Team SoloMid will battle for the Season 9 LCS championship, the 13th split. A larger narrative dwarfs this contest, though, as perennial super-stars Yiliang “Doublelift” Peng and Søren “Bjergsen” Bjerg face-off for the most LCS titles in history. As of this moment, each sits at an impressive five titles won, and the champion of tonight’s final will complete his “LCS gauntlet” with six championships to his name.

Two great names and different stories, both with shared history and contrasting tales. Each enters this contest from a set of circumstances different to his counterpart, and yet with ties to their past environments, together and afar.

Bjergsen is the crown prince of the TSM dynasty, having taken the reigns to overcome upstarts Cloud9, where predecessor Reginald could not. Under Bjergsen’s tenure, TSM has played in eight LCS finals previously and won five. No player can boast such a record of consistent excellence and dominant winning as Bjergsen. 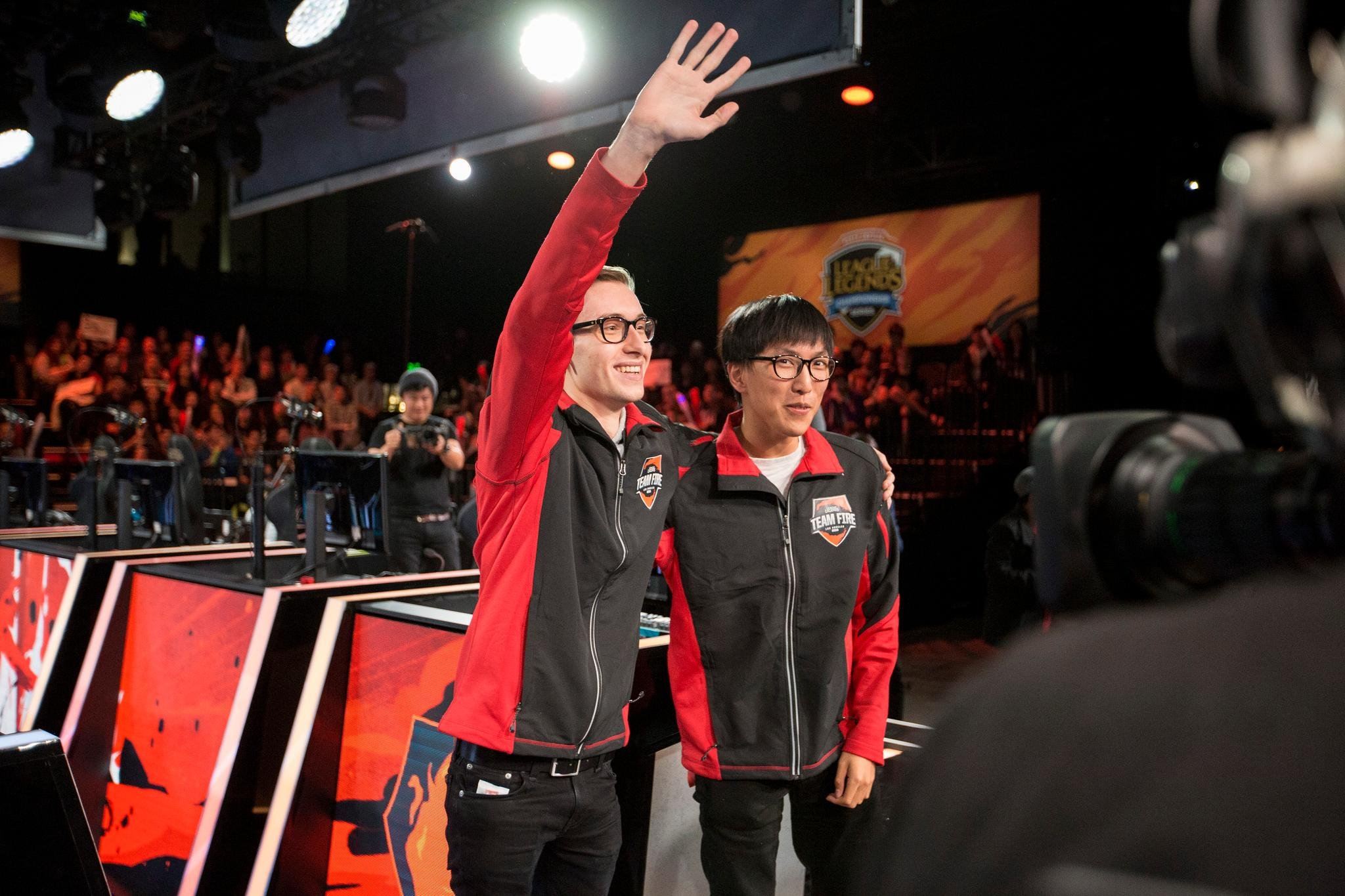 Doublelift is the chosen one of North American League of Legends. Since his days as the young rookie in CLG, entering Season 2 in 2012, his talent has been as startling as it was, at times, undisciplined. As the years have progressed, the player most scrutinised for failing to win has become the talismanic force behind every winning split for many a year now. Doublelift has played in the last six LCS finals, for splits he started the majority of the games in. On only one such occasion was he defeated, and that was in a deciding fifth game, falling to former team CLG in the Spring split of S6.

As Doublelift highlighted in Riot’s preview piece for the final, the two players seem fated to contend for the championship, whether on the same team or against each other, and both seem set to the task of not just besting their previous accomplishments but one another too.

Bjergsen won two of his titles prior to teaming up with Doublelift, defeating Cloud9 in two notable series. Doublelift has won two titles after his time playing with Bjergsen, taking down 100 Thieves and Cloud9 in last year’s finals. The two shared two championships playing in the same uniform. 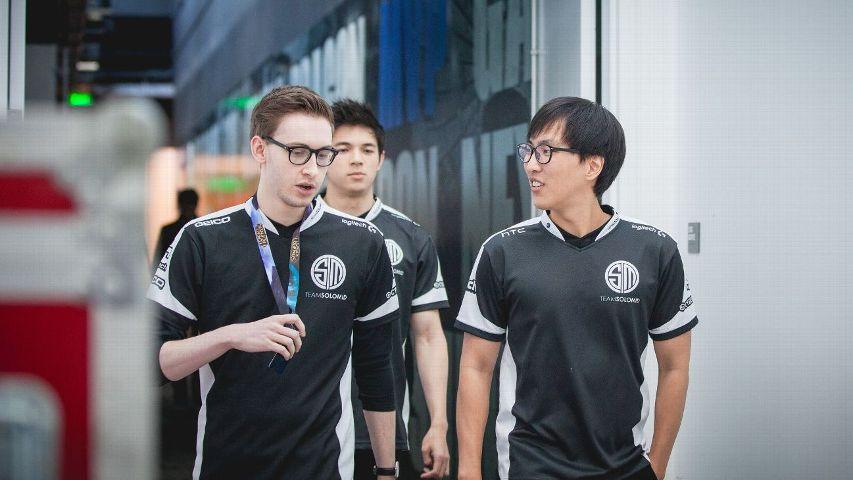 The two championships, S6 and S7 Summer splits, that Bjergsen and Doublelift captured alongside one another are two of the most clear examples of a truly shared accomplishment in memory. Unlike so many other teams, where one player is the clear focal point and given most of the resources and attention, here was a squad with two real super-stars and leaders.

Both could be relied upon to win their lanes, to carry team-fights and to be the clear voice around which others rallied. After years of carrying by themselves, at least in terms of consistency, here was someone with whom these stars of the league could go back-to-back and take on the world with.

Team Liquid enter this LCS final as the dominant force, playing in their third straight LCS final and with the last two trophies in the cabinet already. This is the position Bjergsen once knew only too well, expecting to play in each and every LCS final. For TSM, though, they enter the final after having to battle back into relevance and contention. Last year’s ill-fated line-up only got into shape towards the end of the year and could not complete a run to Worlds. This time around, they overcame a poor start to the split to run up wins all the way through to this final.

Team Liquid can boast the most talent in the server, reflected by three of their starters being named first team all-pro for LCS, and the other two gathering second team accolades. For TSM, the contrast is telling, as Bjergsen sits alone in the first team all-pro selections and three of his team-mates join him much further down in the third team. 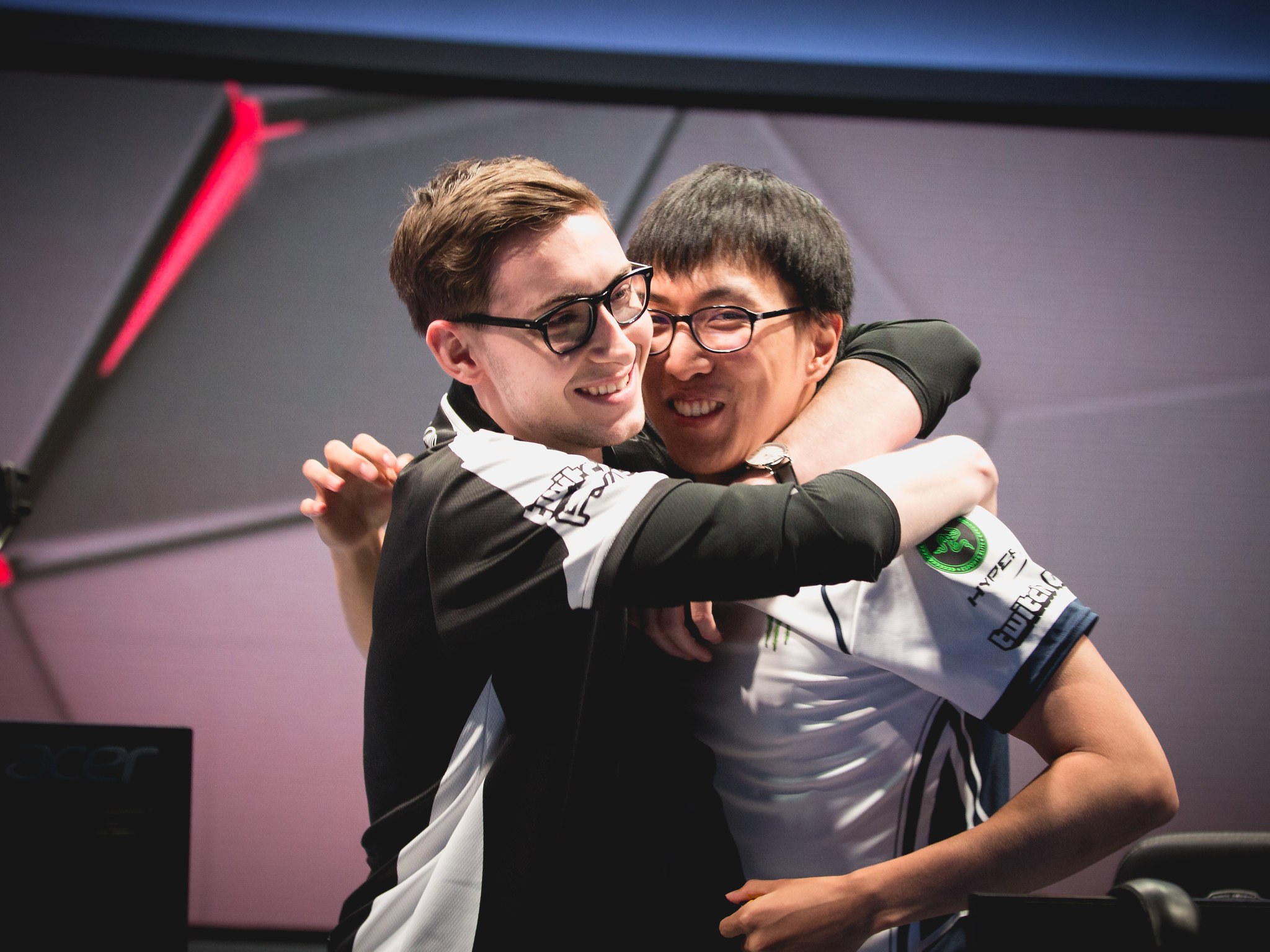 For Bjergsen, this championships means so much more right now. TSM has not been a team expected to win for more than a year now. Defeat here cements the Team Liquid era of LCS as not just being a bi-product of Season 8 and the shake-up surrounding franchising. Bjergsen’s team is not expected to leave with the title and so his accomplishment will be all the more legendary should he make the difference in Mid lane – where he stands as the best player in the league – enough to snatch another title for the black and white.

Doublelift sits atop the best team in the league and has made winning an inevitability. Victory here only continues his reign as the primary force in North American LoL. TSM once dominated the headlines of the league, win or lose, but now the former CLG man has a chance to not only defeat TSM in another LCS final, but again silence the same fanbase who spent years mocking his lack of trophies, and now are left to mourn his departure from their ranks and envy the championships he has won elsewhere.

Six titles is a tremendous accomplishment and career for any player, but for Bjergsen and Doublelift to win lift their sixth LCS trophy in the presence of the other, playing in only their second LCS final against each other, seems that much more meaningful.