The latest update to Teamfight Tactics, patch 9.23, brings back ranked play along with the first balance changes for Set 2.

In the previous patch, 9.22, Teamfight Tactics got a major overhaul with the introduction of ‘Set 2’, which brought an entirely new collection of champions and traits, along with new mechanics such as the introduction of elemental buffs that appear on the board.

Now that the new set has spent two weeks on the live servers, however, Riot are introducing the first balance patch, which aims to tone down some of the stronger units and strategies while buffing those that are struggling.

Changes to traits are likely to have the widest impact on how games play out, with Glacial stun chance and Shadow bonus damage both receiving nerfs. Meanwhile, Ocean’s mana per second and Warden’s bonus armor are getting buffs.

A variety of individual champions are getting buffs at the three-star level, designed to encourage players to pursue the final upgrades and justify the cost of doing so. Many units are also getting specific adjustments at some or all star levels. 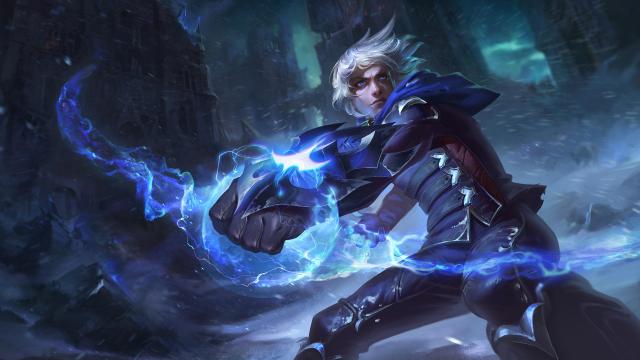 Among the most notable changes are a significant buff to Ezreal, whose mana cost and cast time are both being reduced, and a nerf to Singed’s health and ability damage at one and two-star level.

In addition to the changes, patch 9.23 also brings back ranked play. Now that players have had the chance to get accustomed to Set 2, they’ll be able to test their prowess in Teamfight Tactics once again. Due to the game having changed significantly, all players will be reset to Iron rank.

We want to make sure that higher cost three-star Champions are an exciting power up worth the chase of getting them. This is already true for AD/HP scaling champs and Tier 1 Champions, but much less so for others. So, we’re buffing the three-star abilities for some Tier 2 and 3 Champions.