League of Legends commentator Christy ‘Ender’ Frierson was dragged off of the World Championship broadcast after going on a hilarious rant about LowKey Esports’ chances against DAMWON Gaming.

The play-in stage of Worlds 2019 has entered its final days, with the knockout games being played on October 7-8. Four best-of-five matches will determine which teams advance to the main event.

Unfortunately for LowKey Esports, the Vietnamese second-seed drew the short straw for the elimination match, facing off against South Korean third-seed DAMWON Gaming. DAMWON aren’t only the strongest team in the play-in – the only one to go undefeated in the group stage – but also potentially one of the stronger teams in the entire tournament.

Going into what is undoubtedly the most one-sided match-up of the knockout round on paper, Ender was tasked with explaining what LowKey could possibly do if they were to stand a chance of pulling off the upset. 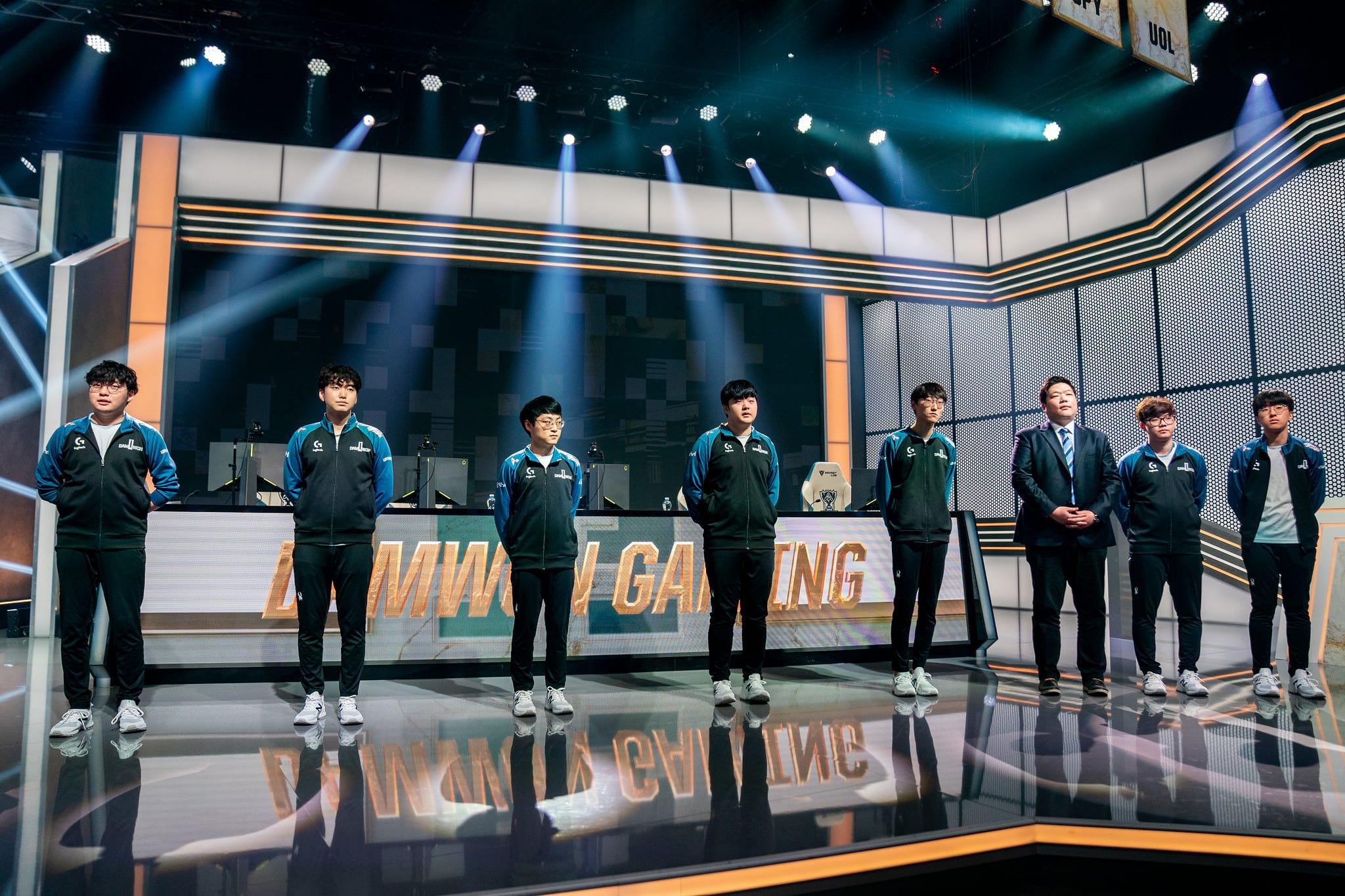 DAMWON are considered the strongest team in the Worlds play-in stage.

Ender began with some more serious discussion about the teams’ respective playstyles, but as he continued his “analysis” became gradually more absurd, including that LowKey should “challenge them to a [Teamfight Tactics] best-of-5” instead, and “unplug their monitors”.

As Ender’s suggestions got progressively more ridiculous, the on-screen graphic was updated with a “note from production” asking him to stop, and the camera eventually began to pan away from him, only for Ender to drag himself along the desk to stay in frame.

Ultimately, Ender’s microphone was literally turned off, but he could still be seen continuing his rant until a member of the stage crew jumped onto the stage and dragged him out of the broadcast.

While the skit was an amusing way of highlighting just how large a mountain LowKey face is, major upsets can still happen – and after an incredibly eventful first game, the Vietnamese squad actually found themselves leading the series.

DAMWON were quick to tie things up with a win of their own, however, and look back on track in their role as the series favorites. At the time of writing, the match remains even at 1-1.