For the second year in a row, Europe has watched its star representatives fall in a lopsided three-game smashing against China’s best hopes. Last year, it was Fnatic against Invictus Gaming. This year, G2 fell to FPX after a strong campaign in Berlin and Madrid.

G2 head coach Fabian ‘GrabbZ’ Lohmann didn’t hold back on social media following the defeat, dubbing the series “a nightmare,” and explaining that he felt like the team had “failed” in regards to draft preparations ahead of the Worlds decider.

“To the G2 Army, sorry,” he said. “My guys tried their hardest to make the dream possible. FPX was simply the better team today, drafts included. I failed my guys in preparation, so even though it hurts please celebrate my players like the champions they are.” 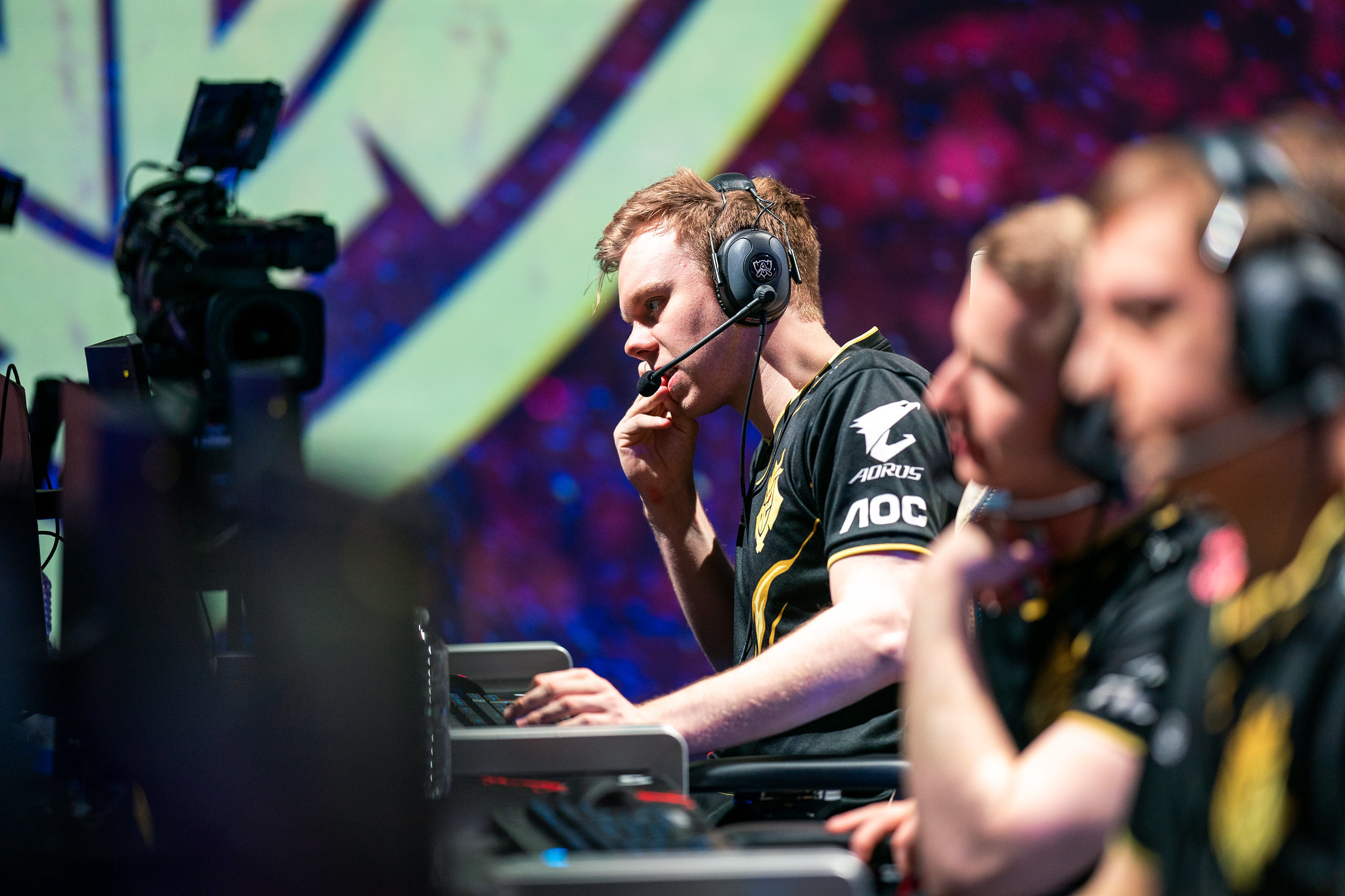 G2 Esports were left stunned after their 3-0 grand final defeat in Paris.

The two-time LEC-winning coach also revealed the team’s next steps, and issued a promise to G2 fans after the loss in Paris — while the roster would look for new ways to claim the international crown, the core of the team wouldn’t change how they approach the game.

“As harsh as today is, we aren’t going to change,” he said. “And for all of you sending us supportive messages: We will keep having fun. We will stay cocky. We will keep entertaining or fans. We will still give our all every game. We will come for that trophy 2020.”

To the #G2ARMY sorry, my guys tried their hardest to make the dream possible. @FPX_Esports was simply the better team today, drafts included.

I failed my guys in preparation, so even though it hurts please celebrate my players like the champions they are.

GrabbZ wasn’t the only G2 star to express their disappointment with their runners-up finish in the championship either, with the rest of the roster apologizing, and explaining that pre-game preparations and in-game strategy may have cost the LEC champions a shot at the crown.

“We tried our best, they were just better from preparation to in-game play… see you next year,” Luka ‘Perkz’ Perković said, while jungler Marcin’ Jankos’ Jankowski added he believed the team should be “proud of what we achieved” even if it felt “really f*cking bad to lose.”

We tried our best, they were just better from preparation to ingame play

See you next year

While most of the G2 roster had only experienced an international decider when they defeated Team Liquid in the Mid-Season Invitational grand final in May, this was Rasmus ‘Caps’ Winther’s second time in a row losing a Worlds title fight with a shock 3-0 demolition.

After suffering the rapid-fire defeat at the hands of IG in 2018, he made the transfer to G2, only to experience the exact same level of fever-pitch hype before a bubble-popping moment in three difficult games on Summoner’s Rift to close out Riot’s year-end tournament. 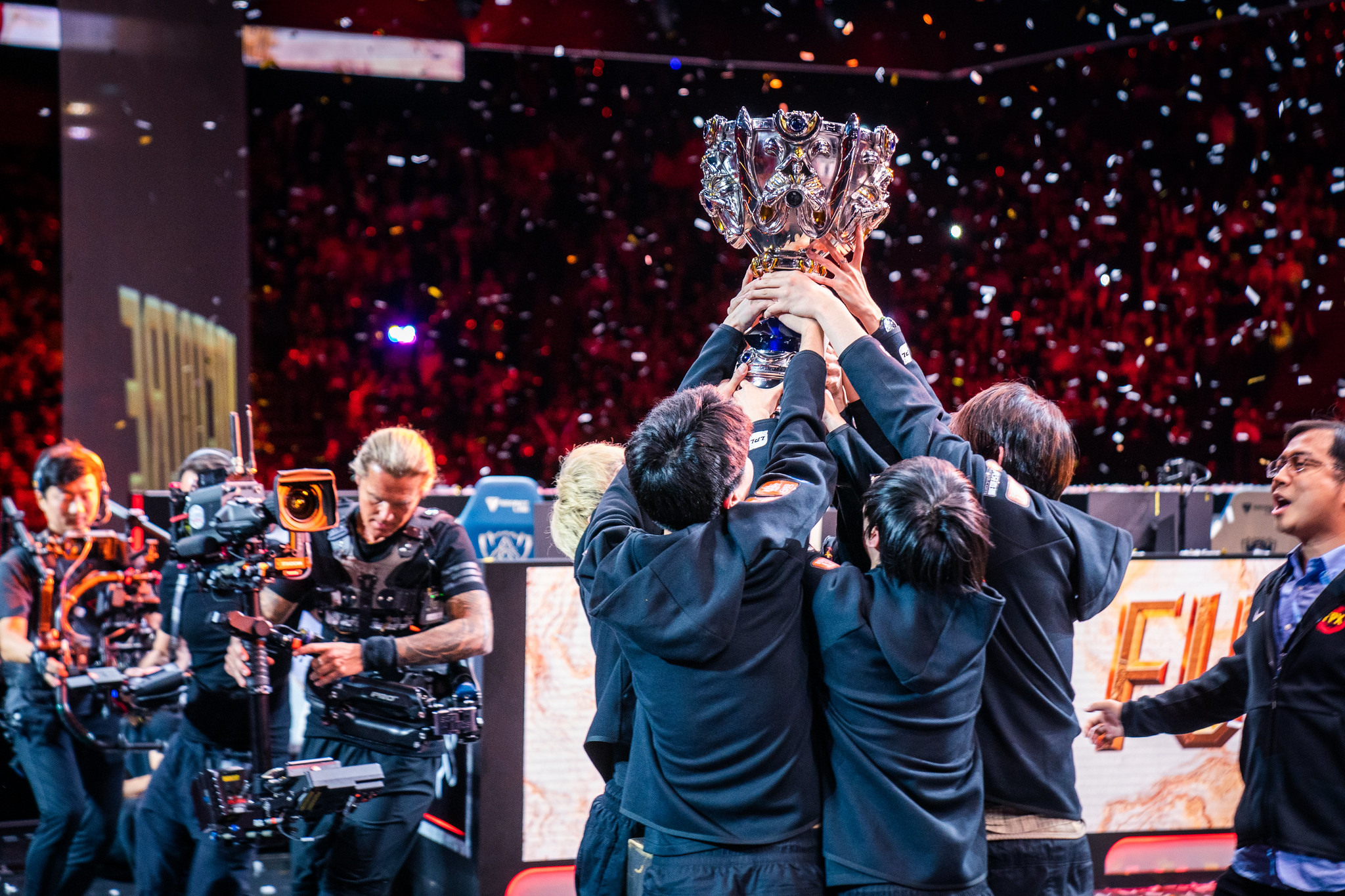 FPX were crowned League of Legends world champions after their 3-0 victory.

Despite that, the Danish star made sure to address his fans after the loss, and promised them the team would be back in the hunt for more silverware, and more international glory, when the 2020 competitive calendar rolled back around.

“Going into the day we were obviously really confident, we’d had a good year so far, and everything had gone the way that we wanted it to,” Caps said at the AccorHotels Arena, adding that the shock loss felt “so unreal.”

“Today wasn’t our day. I’m super disappointed with my performance, and I share that feeling with my team. We’re going to look to bounce back, and see if we can get a ton of priceless moments, because that’s what we are fighting for.”

It was a tough pill to swallow :pensive:

As our #Worlds2019 run comes to an end, @G2Caps gave us a recap on how the day went. Presented by @MastercardNexus. pic.twitter.com/vqiPsXw9DC

And while many of the players shared their disappointment, and promised new horizons, G2 founder Carlos ‘ocelote’ Rodríguez Santiago, who had already thanked the crowd on-stage after the loss, took to Reddit to thank the team’s supporters.

While he’s become known for his jokes and memes, even in the toughest moments for the team, ocelote took the time to deliver a heartfelt message, and shared his hope for the future.

“This isnt a sh*tpost. Maybe a first for me,” he said.

“Just wanna thank y’all for the support and for believing in the dream. The players, support staff, and literally everybody at G2 broke their bones, but it wasn’t enough. Every loss is an opportunity to learn and grow. There’s always tomorrow.

“Apologies for saying ‘f*ck’ on the on-stage impromptu interview. I really wanted to hold back the tears and saying ‘f*ck’ was the only thing keeping me from it. I am humbled with all your support and I want nothing than to congratulate my team for this amazing year.”

The G2 founder also had one final message for the team’s fans, which perhaps best summed up how the roster would be reacting to the loss, and how they were approaching the future: “Next year’s Caps third consecutive final. Third time’s the charm?” 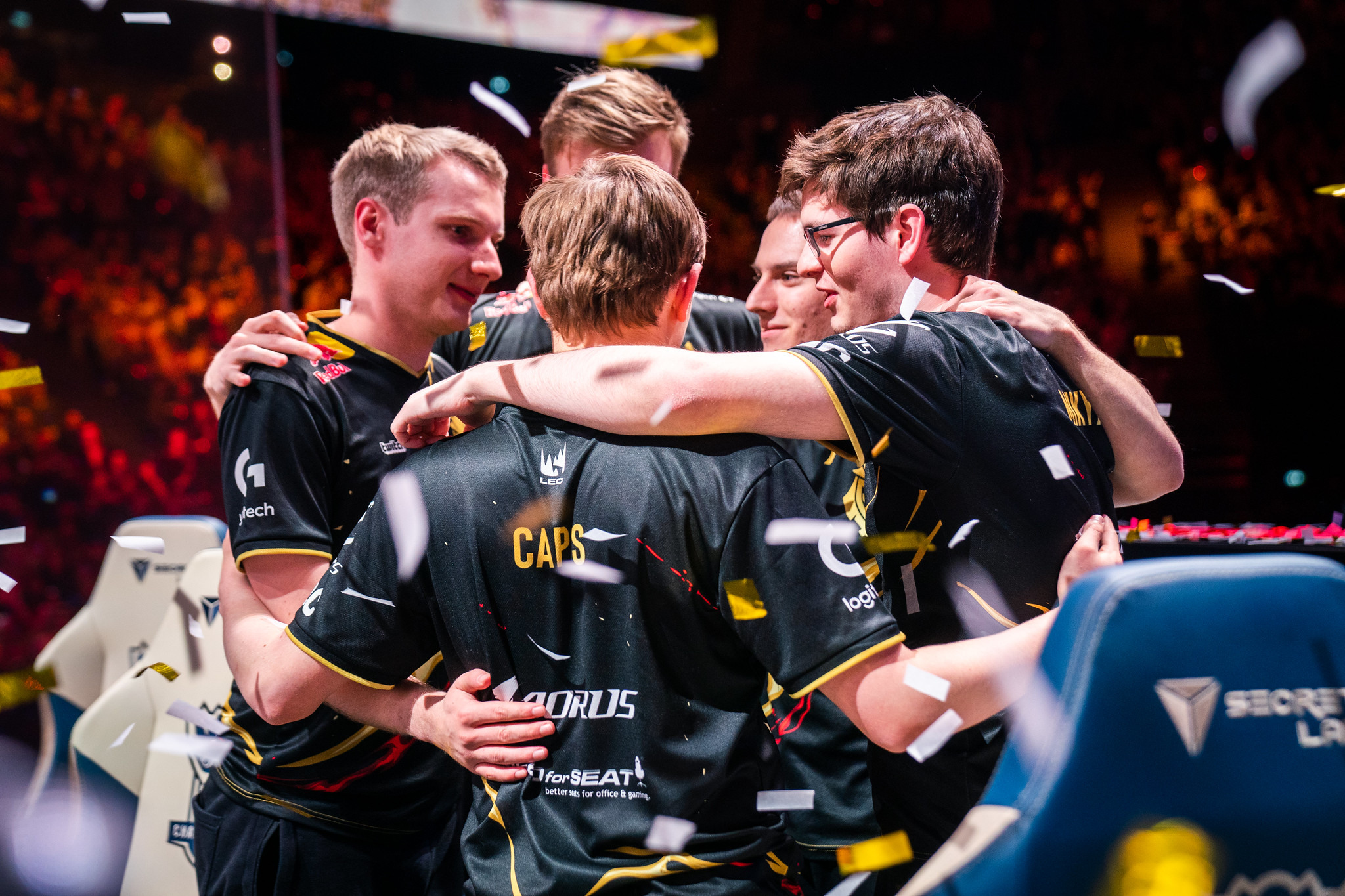 Despite their shellshock loss in Paris, G2’s stars seem hopeful for the future.

Whether or not the G2 players are dealing with their defeat with laughter and smiles, or tears and recollection, there’s one thing that seems to be on all their minds heading into LEC 2020 Spring and beyond — this is only the beginning.

With the entire five-man roster contracted until the end of 2021, and potentially two more years to earn Europe its first world championship since Fnatic’s in 2011, all eyes in the League of Legends community will be on the Samurai org, and what they do next.