Esports organizations Cloud9 and 100Thieves took an interesting approach to recruitment for their League of Legends rosters by taking out advertisements in the local newspaper.

Companies taking out ads in the paper to fill open positions is nothing new, but most of the time those ads aren’t looking for players for top-level esports clubs.

But, apparently that’s exactly what Cloud9 and 100Thieves did, but some users pointed out after the image of the ads was posted to /r/LeagueofLegends that the clubs might not actually have any intention of hiring from the ads.

The image of the ads was posted to the subreddit by user TSickler, and other users pointed out in the comments that the ads were probably taken out as the first step towards getting a Green Card or other kind of visa for players.

The point of the ads, according to some users, is to show that there are no suitable U.S. candidates that fit the job description.

Once the clubs can show that there are no suitable U.S. candidates for the positions they’re looking to fill, they can move on to the next step in the visa process for foreign players. 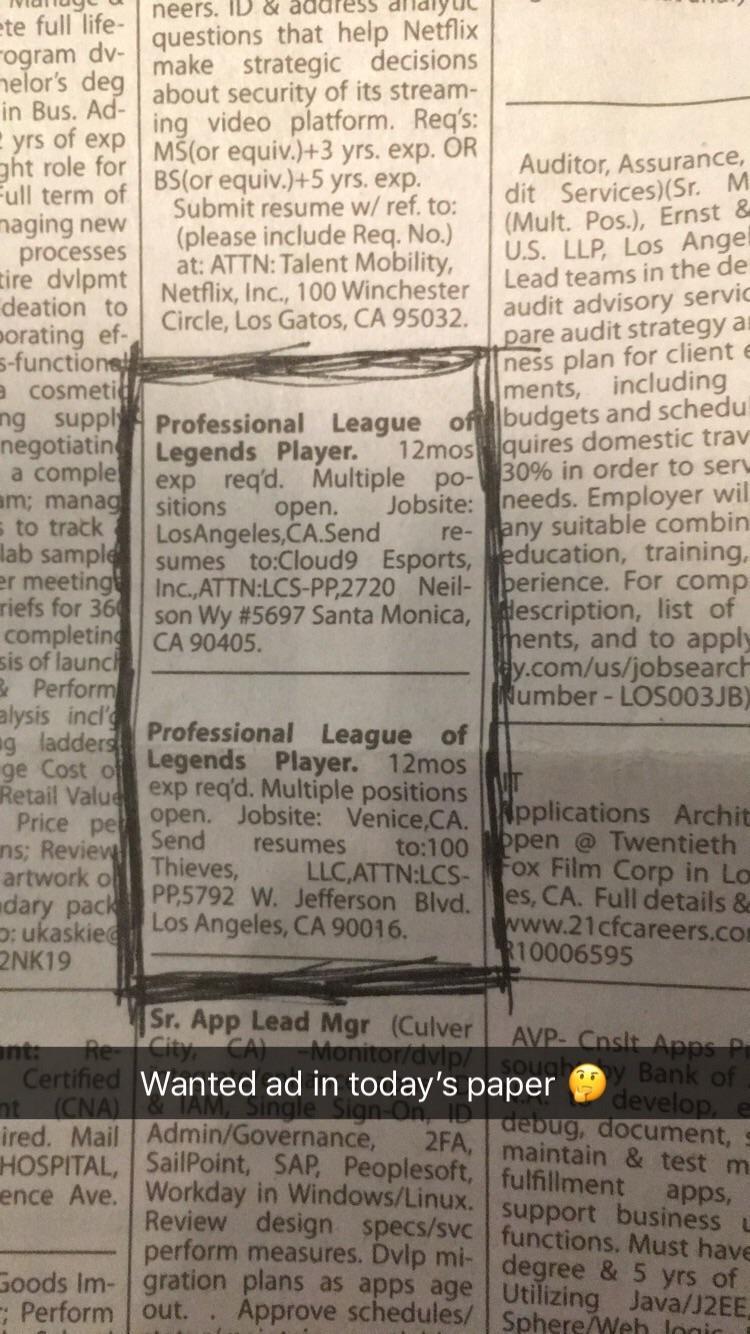 So, unfortunately for anyone looking to apply to either club, the ads are probably just a technicality Cloud9 and 100Thieves have to go through in order to bring players from overseas.

But, who knows? Maybe one lucky player will blow the organization’s away with their resume and get picked up, but the likelihood of a top-level esports organization hiring someone off the street because of a newspaper ad just seems highly unlikely.