The 2018 Apple keynote in Cupertino on September 12 is expected to cover three new iPhone releases, plus news on the next generation of the Apple Watch.

Whether you an Apple brand loyalist or simply want to tune in to see what all the fuss is about, you can watch all the action unfold from 1pm ET (10am PT, 6pm EST, 7pm CEST) on the official live stream.

It will be streamed as normal on the official Apple website, and you can watch a YouTube version below.

Also for the first time, because Apple is allowing its stream to be played on other platforms, it will be available on Twitter. If you hit like on the Tweet below, Apple will send you live updates for the Twitter stream. 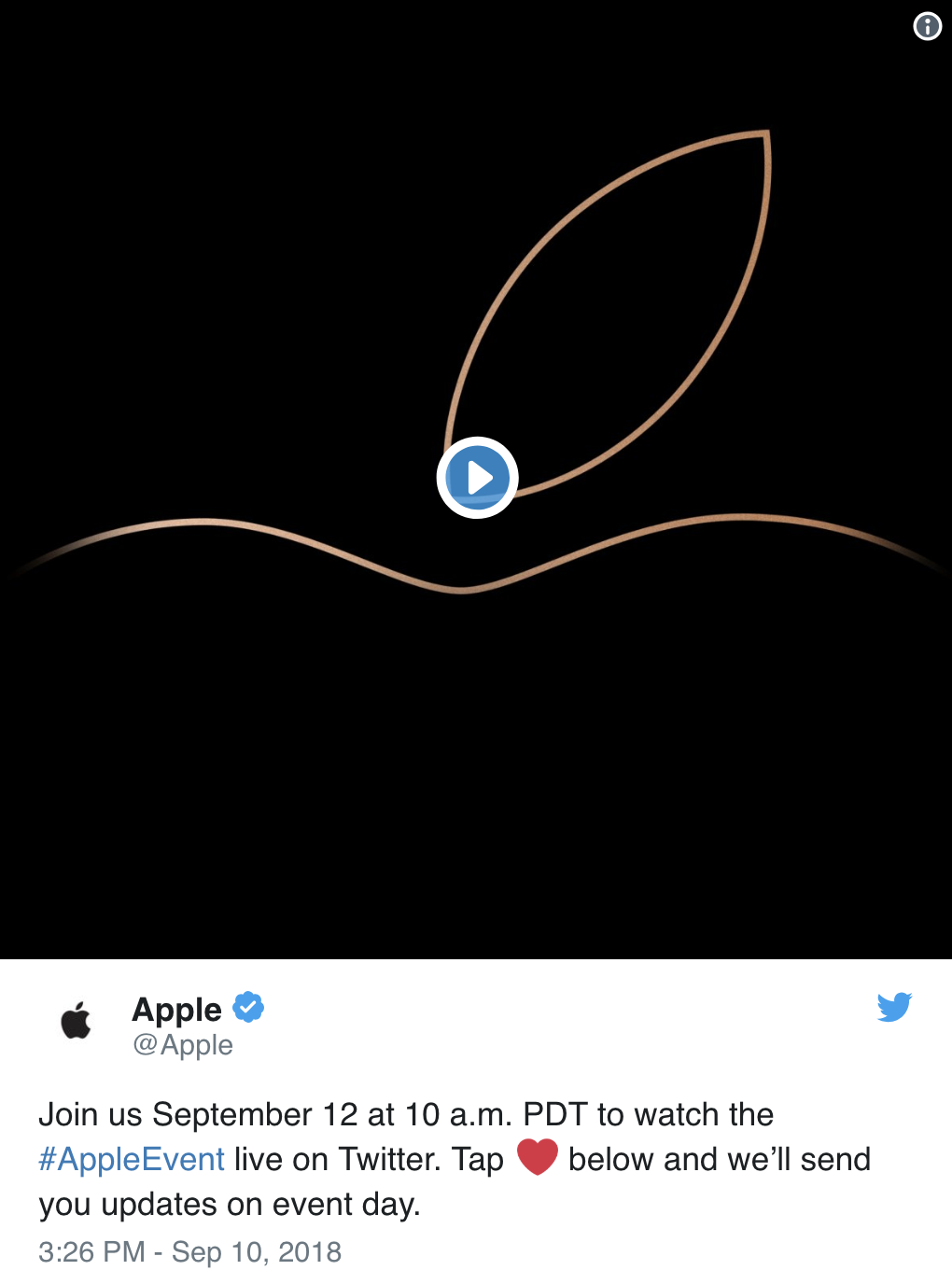 Unfortunately, the sheen has been taken off the event somewhat due to a series of leaks that have come out ahead of time, reported on by a number of credible tech outlets.

Three new iPhone models are reportedly set to be announced, all of which based on the design of the iPhone X.

There is expected to be an 5.8 inch screen ‘iPhone Xs’, and a 6.5 inch ‘iPhone Xs Max’ – the latter is said to feature an A12 chip, improved camera quality and potentially new color options, but will come at a steep price (estimated to be between $999-$1,099, according to analysts).

Finally, a 6.1 inch iPhone Xr is expected, and this is slated to be the go-to model. It will cost much less than the Xs and Xs Max, predicted to be around $600. It won’t feature an OLED screen like the others, rather only LED, and will be aluminium rather than steel, but the lower price tag will attract the most attention.

But it won’t just be iPhones, as the fourth series of the popular Apple Watch is also set to be unveiled at the September 12 keynote. It is rumored to feature a larger display, faster processor, improved battery life and more.

iPad may also get some attention, with two new and improved models possibly on the schedule.