With the major changes to the map for Season 6 of Fortnite Battle Royale, some of the locations and spawns of certain items have changed too, including rifts.

First introduced back in Season 5, rifts act as small portals, which will launch your character high into the sky, allowing you to guide yourself back down to ground level.

It can be particularly useful for escaping a fast approaching storm, or if caught in a tricky spot when fighting multiple enemies at a disadvantage, allowing you to reset and get a better position.

So, familiarising yourself with where to find these portals can be very useful, not to mention certain weekly challenges in Fortnite often challenge players to use rifts.

Unfortunately if you spent time memorizing rift locations in season 5, you will need to wipe some of these from your mind and relearn the new locations.

In total there are 12 rift spawn locations, with most of them concentrated in the South East of the map, around Paradise Palms. 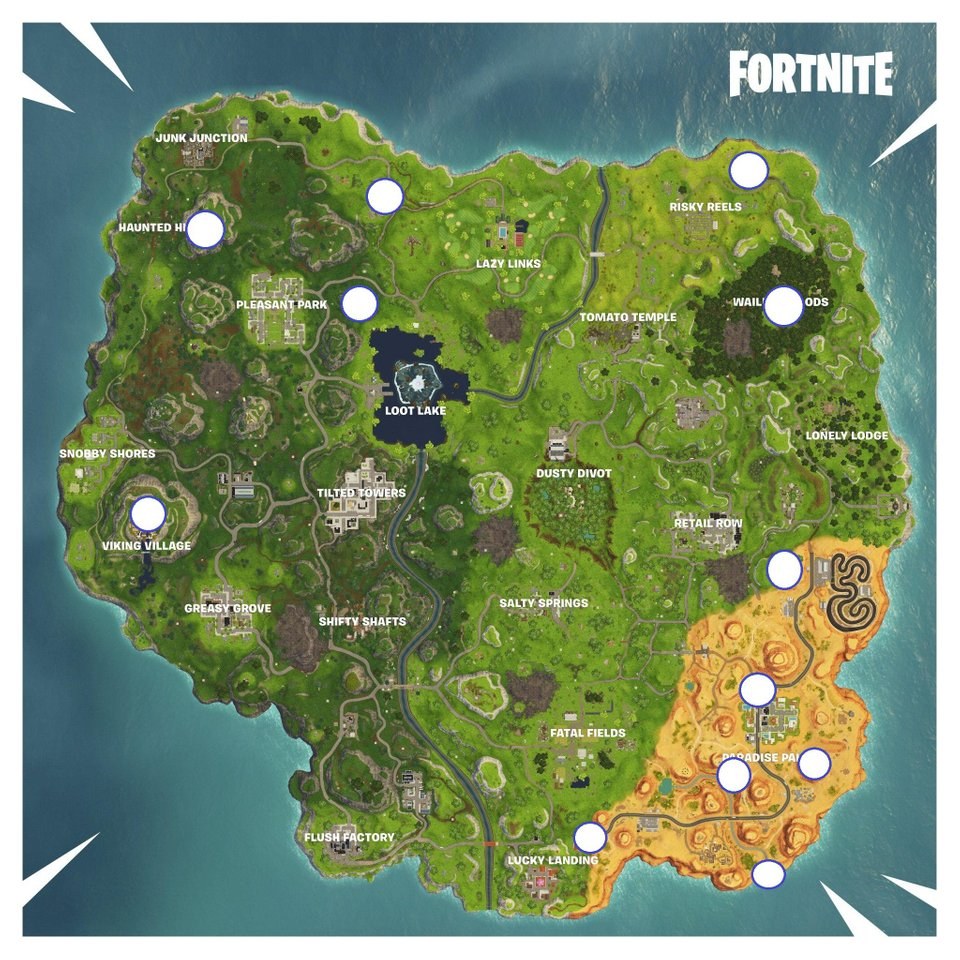 For Season 6, Epic Games has also added more usable items similar to rifts, with the new ‘Shadow Stones’ the most notable addition.

However, due to numerous glitches the Shadow Stones have already been added and removed twice, but fans will be glad to see that rifts have not been removed entirely, as some feared they would be in Season 6.