The seven challenges for Week 8 of Season 5 have officially gone live in Fortnite Battle Royale for players around the world to complete.

Released on August 30, the weekly challenges follow the norm that has been set throughout Season 5 so far, with three being free for anybody to attempt and four being exclusive to Battle Pass owners.

The three “HARD” challenges for Week 8 require you to pick up four shotgun eliminations, search for a Battle Pass star “between three different oversized seats” and yet another challenge that is broken into separate stages. 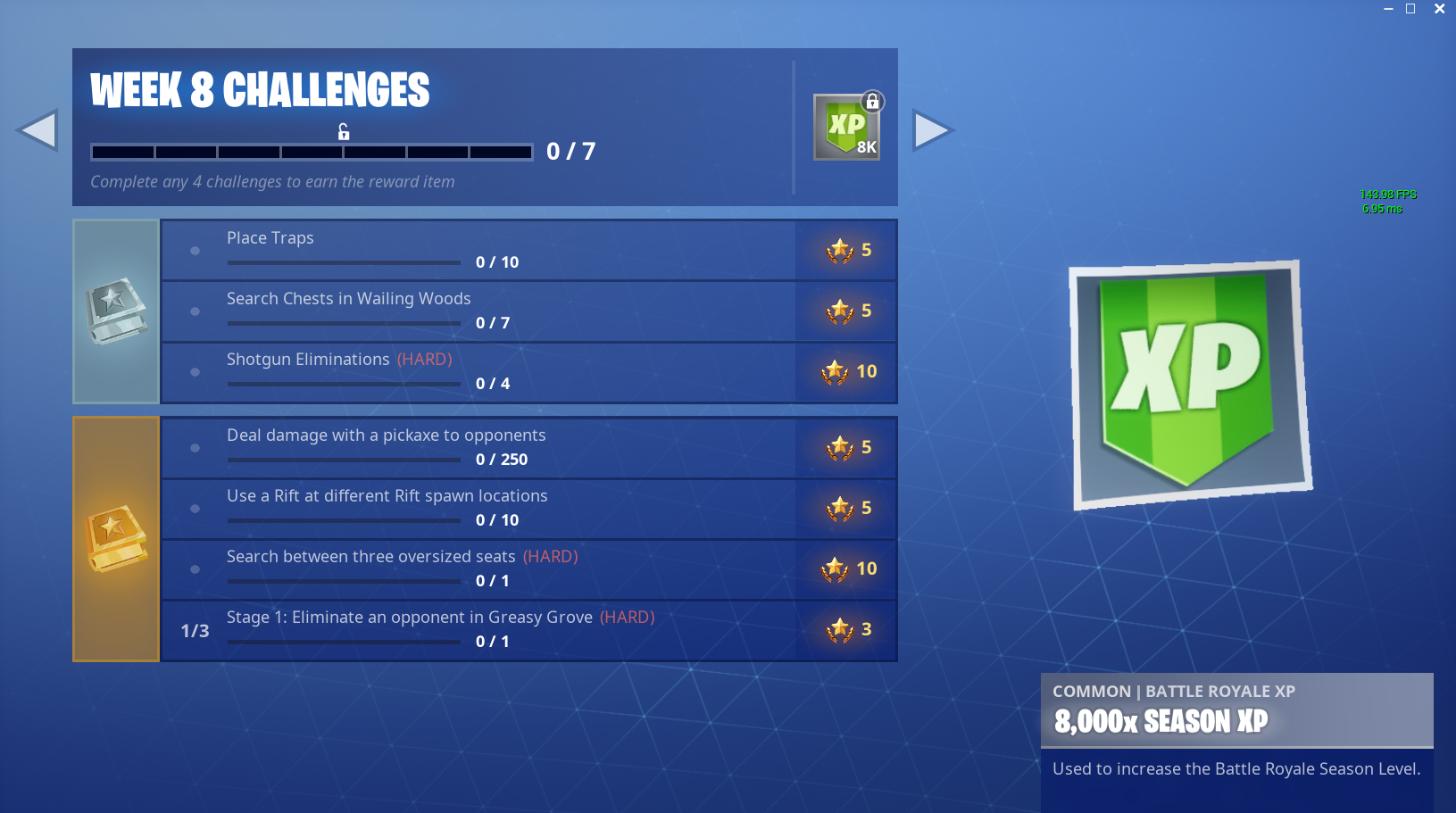 The stage challenge for Week 7 asked players to open chests in various locations around the map and the Week 8 challenge is following in those footsteps, but with eliminations as the objective.

You will earn a total of three Battle Pass stars per stage completed, beginning with eliminations in Greasy Grove before moving on to Lonely Lodge and then finishing off in Fatal Fields.

If you can’t see the image above, the full list of challenges for Week is as follows:

As always, keep an eye out for our various tip and challenge guides if you’re struggling with any of this week’s tasks.

Complete all seven challenges to unlock the week 8 loading screen for the Road Trip!