It seems that there is no shortage of superstars who enjoy playing Fortnite, even the great Zlatan Ibrahimovic.

The star football was shown playing Fortnite in a short video that appears to be an advertisement for the new Samsung Galaxy Note 9 device.

The clip was posted on Zlatan’s twitter page, with the following caption: 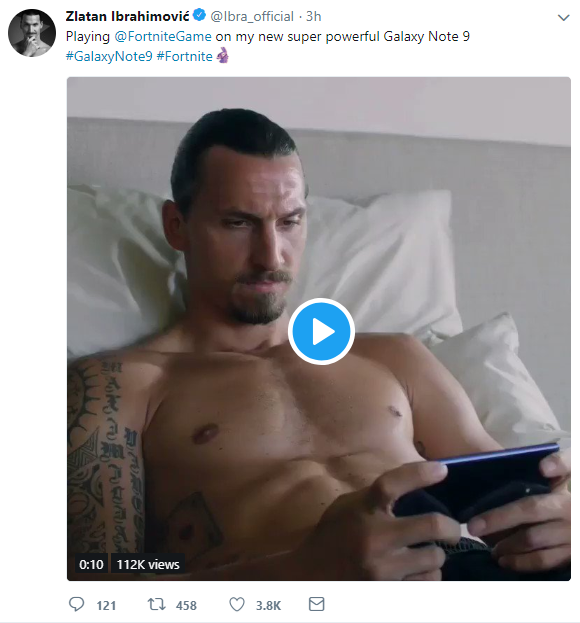 Since Zlatan is known for his strong personality and character, many of his followers commented jokes on his post, including several forms of “the bus driver thanks Zlatan when he jumps off of the Battle Bus” and “Zlatan doesn’t get Victory Royales, Victory Royales get Zlatan.”

He is not the first celebrity footballer to associate himself with Fortnite; international players Dele Alli and Antoine Griezmann have used the game’s emote dances in many of their goal celebrations.