Epic Games made changes to the environmental Campfires on the Fortnite Chapter 2 map, and did not disclose it in the v11.20 update patch notes.

Released on November 20, the v11.20 update in Fortnite was different than all of the other ones put out so far in Chapter 2 because of the fact that Epic actually decided to release patch notes for it.

However, before the community got too excited by this change, players realized that, once again, the developers had implemented changes in the game without letting anyone know – not even in the patch notes.

Environmental Campfires can now be made to heal players faster thanks to a new mechanic that was discovered and posted on Reddit by user ‘Krashys.’

How the new Campfire mechanic works in Fortnite Chapter 2

Campfires still cost 300 wood to turn back on after they’ve already been used, but players now have the option of adding 30 more wood to “stoke” the fire and cause it to heal faster.

In fact, as can be seen in the video above, the healing rate is increased considerably, as the player is able to go from just above 50% health all the way up to 100% in only a few seconds.

This is obviously a huge change and one that may cause players to change up their in-game strategies, especially in competitive play. With so much healing available in such a short period of time, teams could be willing to go out of their way even more now to get to Campfires. 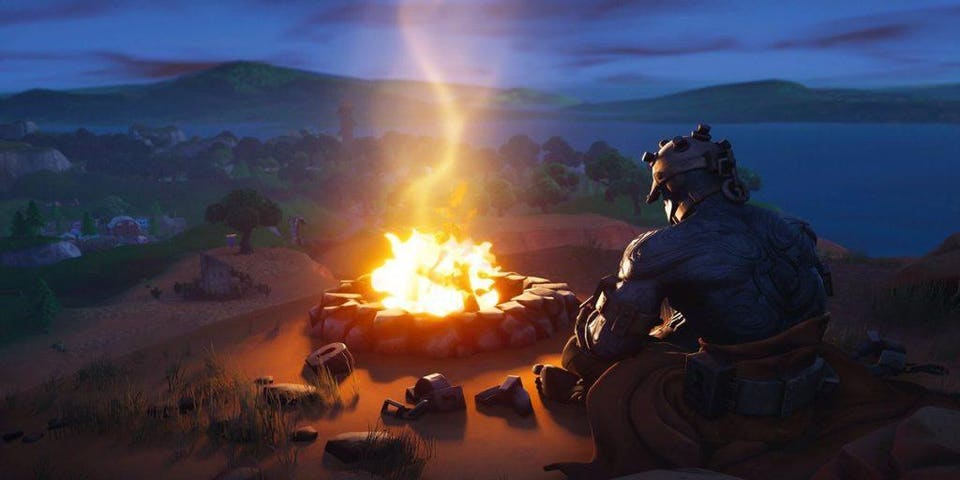 Where are Campfires located on the Fortnite Chapter 2 map?

It’s not clear exactly how many Campfires can be found on the new map, although YouTuber ‘Gamerpillar’ claims that there are 58 of them.

His video, which we’ve included below, shows all of the points on the map where those 58 Campfires are located.

What does this mean for Cozy Campfire items?

It’s been well-documented that Epic Games drastically cut down the item pool in Fortnite with the release of Chapter 2, with the Cozy Campfire inventory item being one of many things that were removed.

There has been no indication that they could be added to the game, and it’s probably even less likely now considering this new mechanic makes the environmental ones so much more powerful.

However, one can never say never when it comes to Epic Games, so only time will tell if they choose to add Campfires back as items that players can pick up and carry around in their back pocket.