A strange new bug has reared its head in Fortnite that allows players to fish anywhere on the map, despite water not being anywhere around.

Fortnite Chapter 2 introduced fishing as a new mechanic that allowed players to pick up rods and cast into the water in hopes of catching materials, weapons, fish, and more.

These weapons include anything from common pistols to rare and powerful assault rifles, while the fish will provide healing and shields depending on the types you catch.

Fishing has been well-received by members of the community as it’s a good way to get your early-game farming in, and as Tfue has shown us, it has its place in the late game. 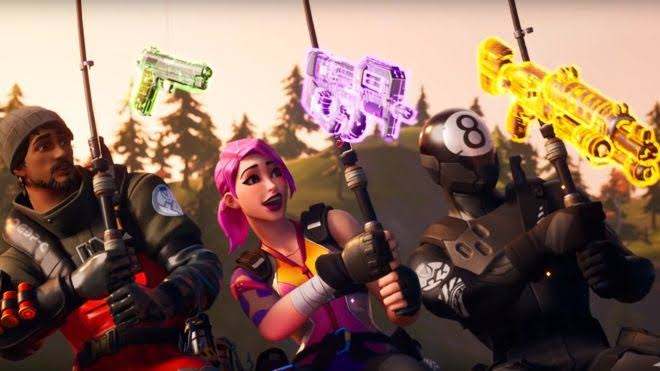 Fishing on land? You can in Fortnite.

However, a bug has been discovered that lets players fish on land, which is definitely not what the developers had in mind when they added the mechanic in.

While he’s far from the first one to notice this, SypherPK highlighted the issue during his stream and explained how to do it.

If you look straight down at the ground and cast your line, you’ll be able to catch things through the ground.

It doesn’t take much to see how this bug can easily be abused, and it didn’t take long for Epic Games to respond to the bug.

Of course, it’s not meant to be in the game and Epic employee MrPopoTFS said the team will look into it.

“Yarrr, we don’t need water where we’re going,” he said. “I’ll be sending this over to the crew to take a closer look at what sorcery this be.”

Beginning on November 5, a stealth update introduced a whole new way to fish in the game with the Harpoon Gun.

It pretty much does everything the fishing rods currently do, except much faster. See a bunch of fish swimming around in the water? Just launch your harpoon in and catch them.

The Harpoon Gun even does additional damage to players, at a whopping 75 HP a hit.

Unfortunately, players had to find this all out on their own since no patch notes were revealed for this update.

As far as we can tell, it looks like the Harpoon Gun is the only new thing to arrive.