Perhaps the most exciting leak to come from the Fortnite Battle Royale V4.5 patch so far comes in the form of an all-new Assault Rifle which will be called the “Drum Gun”.

The June 27th V4.5 patch for Fortnite Battle Royale introduced the highly anticipated Playground Limited Time Mode and the all-new Dual Pistols, making it one of the most exciting updates in recent memory.

However, it looks like Epic Games is just warming up as data miners have now discovered files for another brand new weapon which should be arriving some time “next week”.

The leak comes from the well known @TwoEpicBuddies account that is known for its accurate and regular leaks, so this information should be on point.

The new weapon will be called the Drum Gun and be part of the Assault Rifle class. As for rarity, you should be able to get your hands on one pretty soon after it goes live as it will come in Uncommon and Rare varieties.

The first image of the Drum Gun can be found below. It seems to be more of an “old school” weapon than we are used to and has a lot of similarities to the look of a Thompson submachine gun. 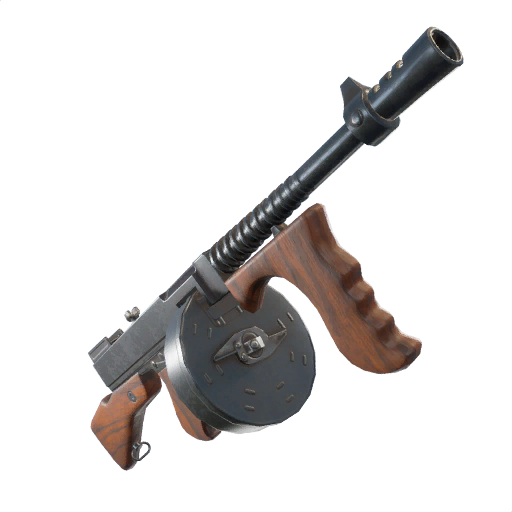 Naturally, new weapons are always greeted with a great deal of excitement, so expect to hear a lot about the Drum Gun over the next few days!

We will keep you updated with more information about the weapon’s features, release date, and more as it becomes available.