The highly anticipated remake of Final Fantasy VII is set to release soon, and we’ve got everything you need to know about the game.

First released in 1997 on the original PlayStation, Final Fantasy 7 is still considered to be one of the best games in the long-running Japanese RPG series.

FF7’s amazing soundtrack and wonderful story mean it’s still cherished by fans to this day, but developers Square Enix will be bringing it up to date for PS4 with stunning new visuals. 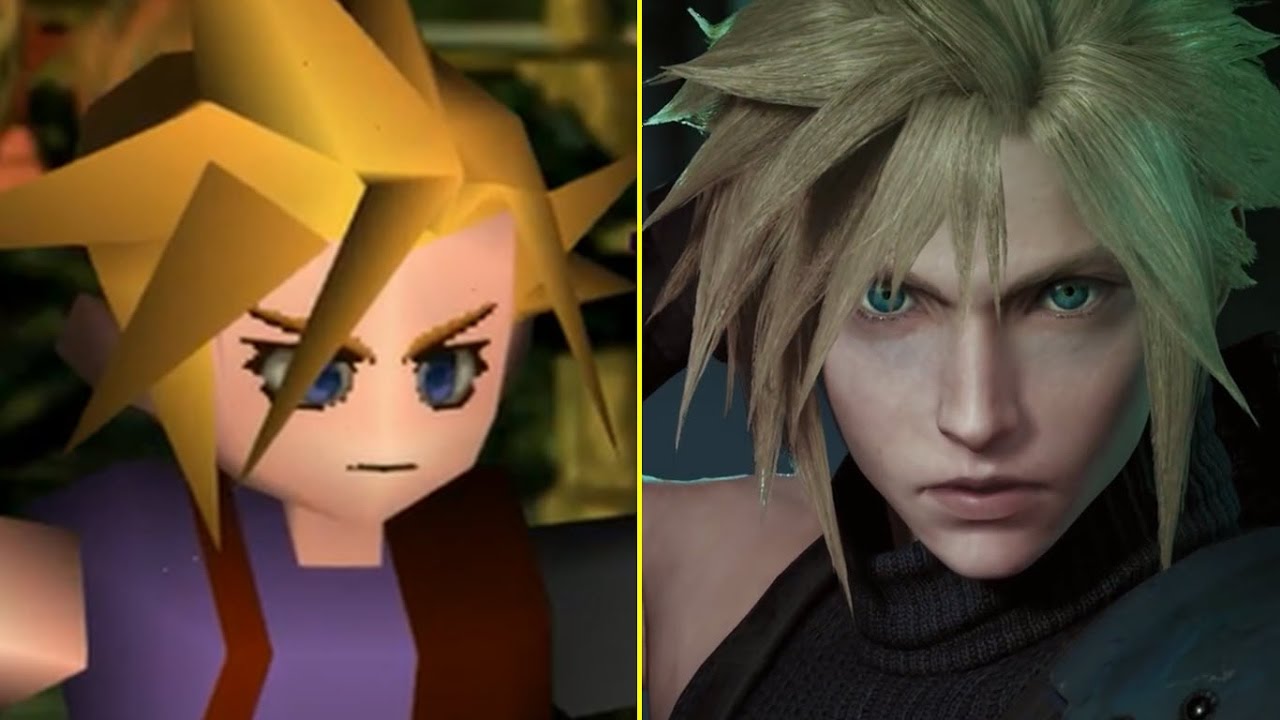 The difference in graphics between the original FF7 and the Remake is startling.

If you didn’t know already, FF7 Remake will be released in several parts, basically like episodes, rather than as one single massive game.

Original director and remake producer Yoshinori Kitase explained in the Square Enix blog that this was a necessary step to ensure that they could put out a gaming experience of the highest quality.

“In order to make [the entire game as a single release] work as a modern game, we wouldn’t be able to go for the highest visual quality and we’d also have to cut back on areas and scenes from the original,” he said. “Essentially, to make a single release viable the resulting game would have ended up being a digest of the original story, and we didn’t think that fans would be pleased with that.”

Releasing FF7 Remake in episodes will allow the developers to make the game much more expansive.

When does Final Fantasy 7 Remake part one release?

The first chapter of this FF7 Remake will be released on Friday, April 10, 2020, after Square Enix announced that their initial planned date of March 3 would be pushed back.

The game will first be only made available for the PlayStation 4, and this exclusivity period will last for a whole year before users of other platforms can start playing it in 2021.

There are three versions that can currently be pre-ordered: Standard Edition ($59.99), Deluxe Edition ($79.99), and 1st Class Edition ($329.99). The first two will be available as both digital and physical copies, while the 1st Class is only physical because it includes a Steelbook case, concept art book, mini-soundtrack CD, and more. 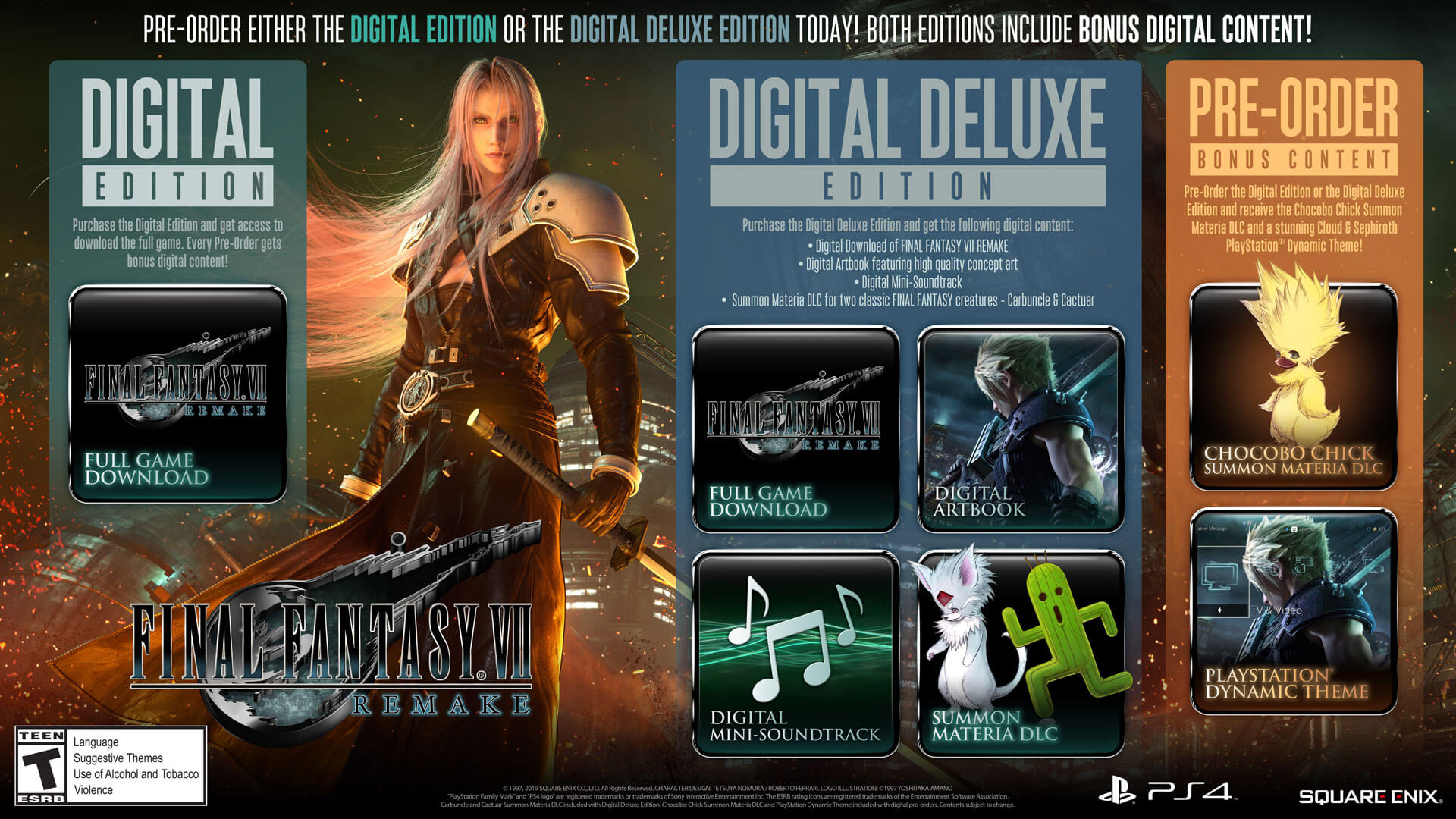 What you get in the Digital Edition of Final Fantasy 7 Remake. 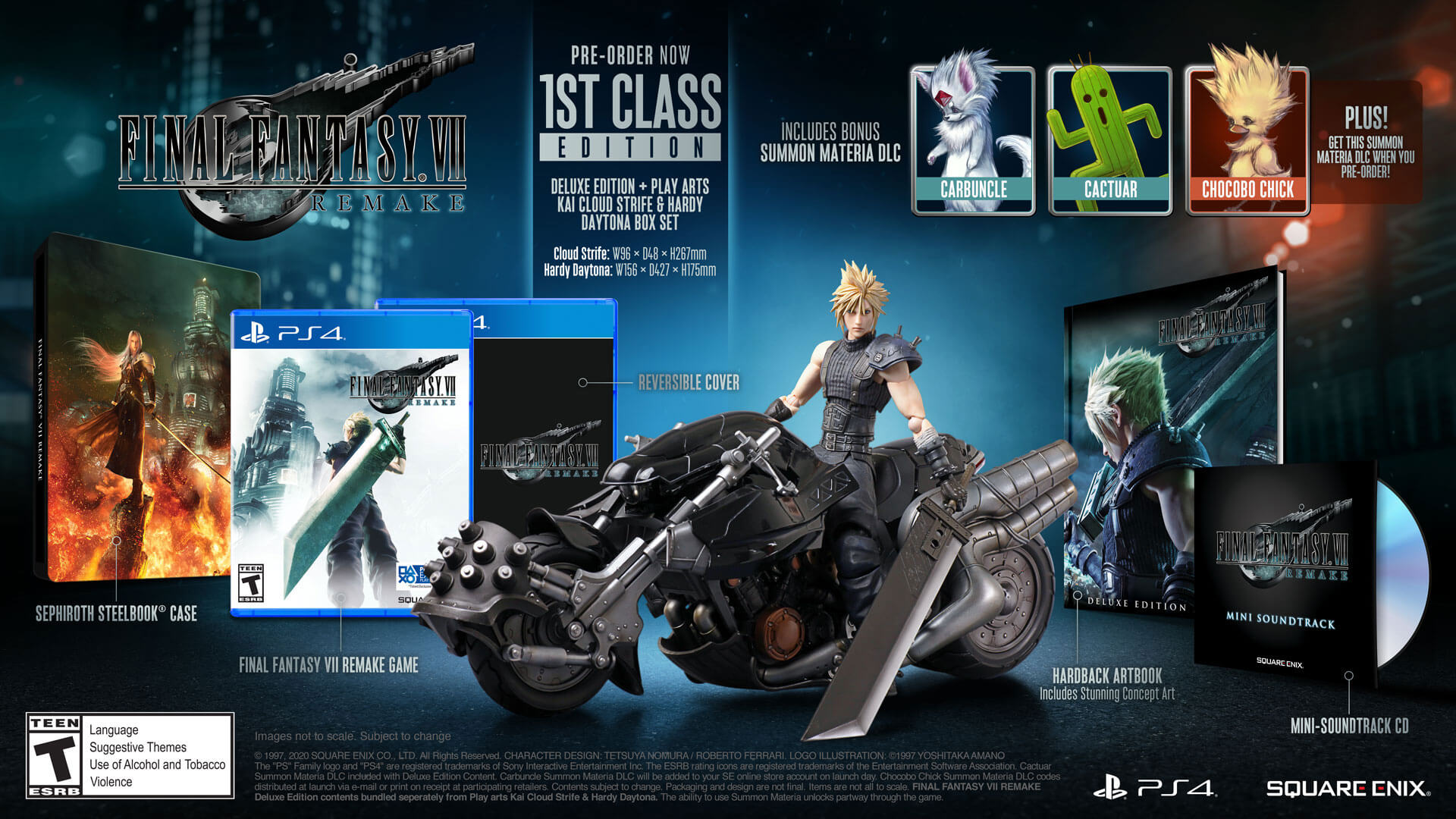 What you get in the 1st Class Edition of Final Fantasy 7 Remake.

On March 18, Square Enix announced that, due to the current ongoing global issues, there could be some delays in terms of getting physical copies to players. The digital version of the game will still be released on April 10 as scheduled.

“The worldwide release of Final Fantasy VII Remake on April 10 will go ahead,” they wrote. “However, with unforeseeable changes in distribution and retail landscape which varies across countries, it is increasingly likely that some of you will not get hold of your copy of the game on the release date.”

Fans of the original game will be looking forward to reacquainting themselves with characters like the iconic mercenary Cloud Strife as well as the eco-terrorist group AVALANCHE.

Together they will be taking on the tyrannical mega-corporation Shinra Electric Power Company, with their first mission being to destroy the Mako Reactor 1 in the city of Midgar.

15 characters are listed on the official Square Enix website:

FF7 Remake will feature some pretty advanced mechanics, including a battle system that will be “a mix of traditional command-based Final Fantasy combat and real-time action, giving you the power to choose how you play.”

Square Enix have released a demo for FF7 ahead of its full release, and it’s the iconic Mako Reactor 1 bombing mission, during which Cloud Strife gets introduced as a mercenary for AVALANCHE.

The demo, which is 7.55 GB in size, can be downloaded from the PlayStation Store and is the perfect way to familiarize yourself with the mechanics before purchasing the full game.

In addition, three PS4 dynamic themes will also be released for the game. The first is a free one that’s available starting on April 10 to those who download the demo before May 11.

These aren't the only themes available, and we'll be posting more over the coming weeks.

First is a free theme available from April 10th if you download the #FF7R demo before May 11th! pic.twitter.com/0LC89hwNRW

The second, which focuses on the city of Midgar, will be available for free to everyone who has an active PlayStation Plus subscription.

The second of three dynamic #PS4 theme we’d like to show you today focuses on the city of Midgar in #FinalFantasy VII Remake and also features our main protagonist Cloud Strife!

This will be available for free to all PS+ users soon! #FF7R pic.twitter.com/qmCbpTDnEW

The third, a Sephiroth theme, comes as a bonus to those who pre-order FF7 Remake from Amazon in the US and “various retailers throughout Europe.

We’ve shown off two dynamic #PS4 themes today and here’s a third. This Sephiroth theme is available as a pre-order bonus with https://t.co/ThA10iWA8z in the US, and at various retailers throughout Europe.

Stay tuned for a closer look at some other #FF7R themes in the future. pic.twitter.com/mp48OvNC2c

That wraps up pretty much everything there is to know about the upcoming release of Final Fantasy VII Remake! As always, we will continue to bring you the latest details, news, and updates as more information becomes available.