The community has had a good laugh following NRG Esports‘ new logo and unfortunate spelling mistake.

The American team is one of the biggest in Esports, housing teams from nine different games, as well as being part of the Overwatch League as San Francisco Shock. It is known for being one of the first teams to receive investment by traditional sports players, with Alex Rodriguez, Shaquille O’Neal, and Jimmy Rollins all joining in 2016.

They have seen a lot of success in the past, with many of their teams being considered some of the best in the world, but, they seem to have missed the mark with their new logo.

NRG released their new logo on July 22 and were faced with criticism almost instantly. One of the main concerns was that the overall design of the logo was very aged.

“NRG highlights now available on VHS” said a Reddit user, while another commented: “That logo looks like it’s from a 90’s tech company”. These two comments were the two most upvoted replies to the new logo, seemingly showing that many others agree with the statements.

Meanwhile, on Twitter fans had a similar reaction to the logo, asking NRG to “go back” to the old logo, as well as hoping it’s a meme.

This wasn’t the only problem for the organization however, as they had misspelled their new tagline “unapologetic” on one of their new hoodies. 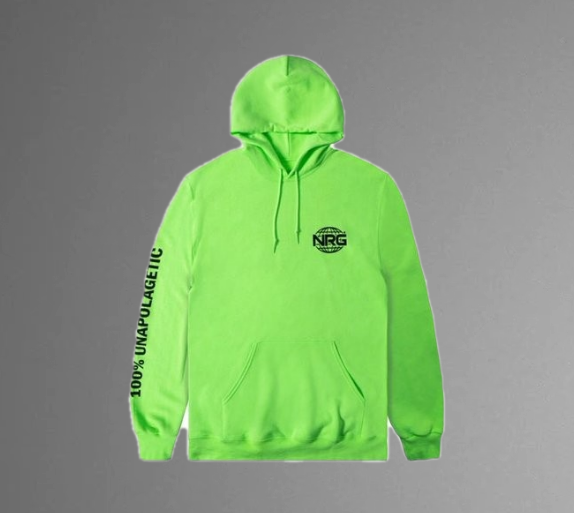 NRG misspelled their new tagline on their new hoodie.
600

Despite all of the negative feedback, NRG did not seem to be discouraged. The American team simply tweeted “we r not going to apolagize” just a few hours after their reveal, poking fun at their spelling mistake, as well as showing that they will stick to their guns.