Envy Gaming’s CEO Mike ‘Hastr0’ Rufail is making a huge commitment for a great charity as he and his org look to give Canine Companions for Independence a lift during North Texas Giving Day.

The local holiday recruits everyone in the Lone Star State to give back to great causes, and Team Envy has been on a roll during the month of September of raising funds for great orgs.

Team Envy and partner GameStop teamed up to generate donations for Make-A-Wish during National Video Games Day, but that Texas esports org wasn’t done finding worthy drives to work for.

We’re excited to join forces with @ccicanine this #NTxGivingDay to support an amazing cause.

On behalf of #TeamEnvy, big boss @hastr0 will be matching $10,000 of donations. So what are you waiting for? For the doggos!

Leading by example, the Envy CEO announced that he’ll be matching up to a five-figure donation for working dogs who play a pivotal role in thousands of people’s lives.

“Excited to be collaborating with an organization doing major good for a severely under-served population,” Hastr0 said.

The exec pledged to “personally match $10,000” in donations to the Canine Companions’ drive on the Texas community giving day. That’s a huge sum of money that would go directly to the charity twice over, depending on how much the community shows up to donate.

But Hastr0 isn’t alone in donating to the cause, Envy CSGO players such as Noah ‘Nifty’ Francis, Sam ‘s0m’ Oh, and Bradley ‘ANDROID’ Fodor spent some time at the ground level with the canine-centric org. 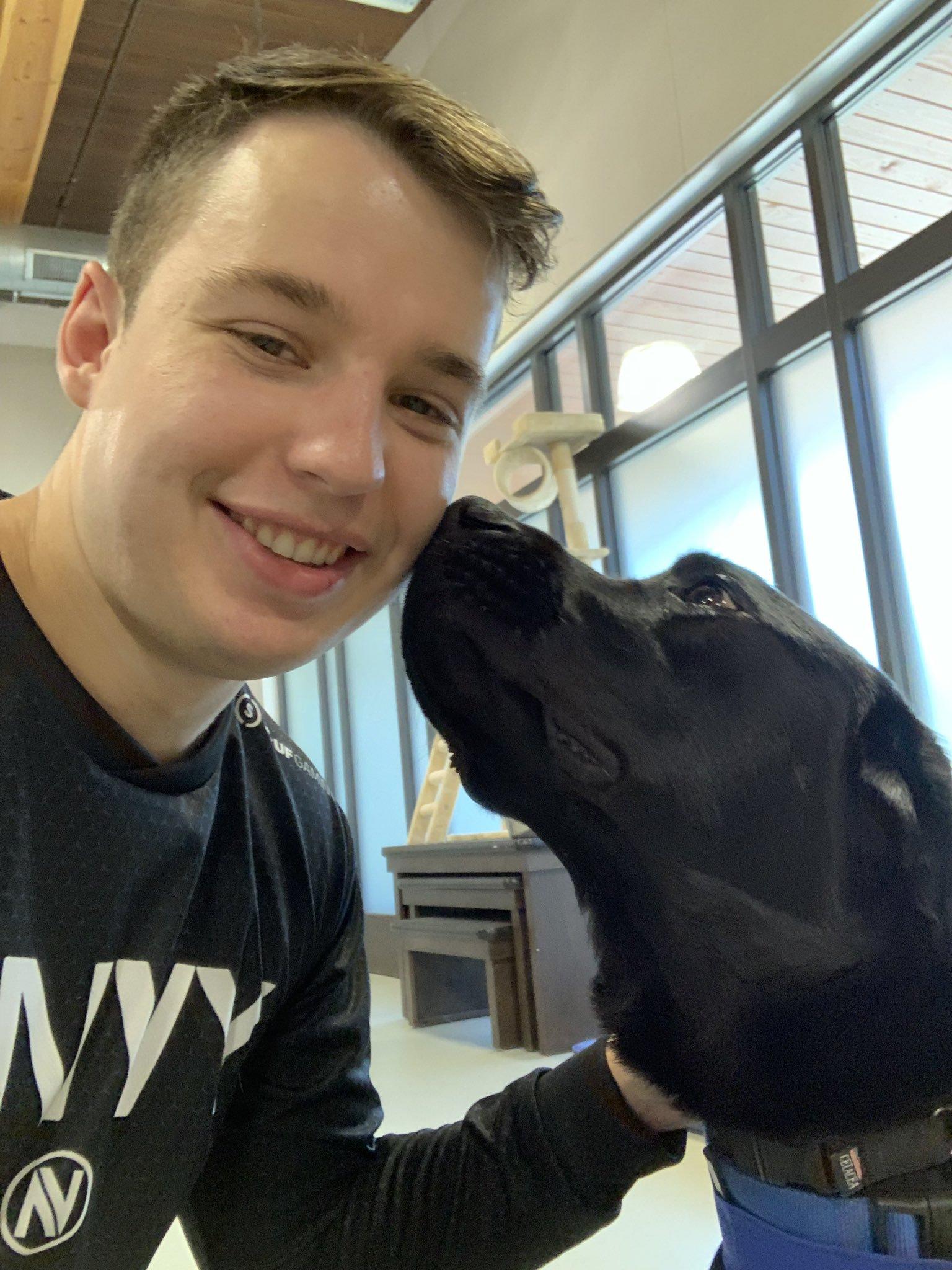 Envy’s ANDROID seen with one of the stars from the Canine Companions.
600

“Spent a day with Canine Companions and learned a lot about the dogs as well as all the wonderful people working towards a great cause,” ANDROID said before reiterating his org owner’s $10k commitment “so what better time to help support puppers and doggos.”

It looks like Envy are spearheading the drive from the player level all the way up to execs as they try to pull together enough funds to reach their goal.

At the time of writing the goal of $10,000 is slowly ramping up but only has $124 to its name, but esports and Envy fans will sure to ramp up the donations to give Hastr0 a bigger sum to match.

Interested fans can reach the Canine Companions for Independence campaign here to show support for the helpful pups.