Scottish streamer Toastie got a nasty surprise on Tuesday, November 26, when her Twitch chat waited just a little too long to remind warn her about a stick of butter she had left on the radiator, causing a nasty mess in her kitchen.

Cooking streams are one of the many types of content that fill Twitch’s IRL section, with viewers choosing to watch content creators put their culinary skills on show for audiences around the world.

Of course, the live nature of streaming online is the ideal scenario for things to go wrong, and Toastie found out how bad things can go wrong while baking empire biscuits. 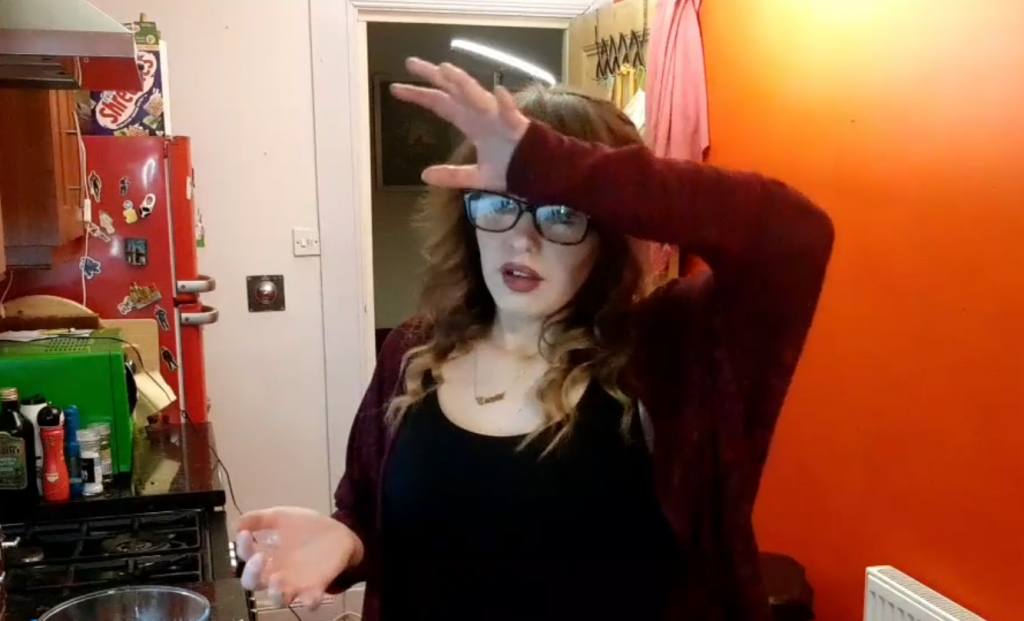 The streamer was left stunned by her butter mistake.

Often when baking, the butter needed for the recipe can be too hard to mix, so a quick and simple solution is to just plop it on the radiator for a few moments to soften it up, and then you’re on the way to creating your delicious treats.

Unfortunately, forgetting that you put it there can be a major mistake, as Toastie found out, not realizing that it had been on the radiator for much longer than the “two seconds” she had intended.

It wasn’t until a viewer asked why it was sitting there that she realized what had happened, and when she went to grab it, a buttery liquid poured out of the foil wrapping, as she shouted “Oh God, oh f**k,” at the mess she had made.

Thankfully, the Twitch streamer took her error in good spirits, laughing with her chat as they told her that the butter “was definitely soft now,” before successfully going on to bake her empire biscuits.

She’ll definitely be more careful next time though, as an eagle-eyed member of chat may not always be around to remind her about the butter on the radiator.