The adoptive mother of children from popular YouTube channel ‘Fantastic Adventures’ has been charged with seven counts of child abuse, following a welfare investigation by Arizona law enforcement.

The investigation revealed a slew of disturbing allegations against Machelle Hackney by her seven adopted children, who claimed that she would use physical violence when they failed to perform adequately for her YouTube videos.

Hackey was also accused of keeping the children locked up in a dead-bolted closet found in the home as punishment, as well as pepper spraying their faces, body, and genitals – and even forcing them to take ice baths, at times shoving their heads underwater. 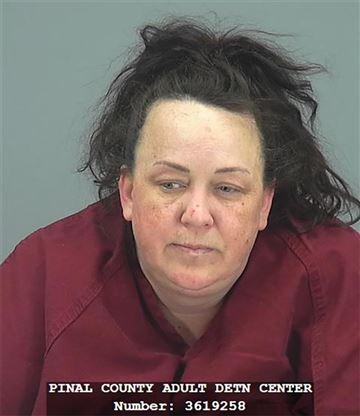 One child claimed that Hackney pinched the tip of his penis until it bled, while another claimed that Hackney pepper sprayed her genitals – resulting in acute pain for days afterward.
https://www.nbcnews.com/news/us-news/mother-accused-abusing-7-adopted-children-force-them-perform-youtube-n985216

The children claimed to be locked in the closet for days without access to food, water, or a bathroom, with one child being afraid to eat food provided by law enforcement, should Hackney smell it on her breath.

According to police’s probable cause statement, the children “appeared to be malnourished, due to their pale complexion, dark rings under their eyes, underweight, and they stated they were thirsty and hungry.”

‘Fantastic Adventures’ is a popular childrens’ YouTube channel with over 800,000 subscribers and millions of views per video, featuring a series of variety skits performed by the children in question.

Following the investigation, YouTube has both demonetized and disabled comments for all videos on the channel.

Machelle has been charged with five counts of unlawful imprisonment and two counts of child molestation alongside the seven child abuse charges, while her two adult sons face charges of failing to report abuse of a minor.