Professional boxer and Logan Paul trainer Shannon Briggs got tricked into insulting himself in a video aimed at rival Viddal Riley by British influencer Niko Omilana.

Hype is growing quickly for the biggest YouTube boxing match of the year, with JJ ‘KSI‘ Olatunji and Logan Paul set to renew hostilities inside the squared circle on November 9.

The bad blood doesn’t just exist between the YouTubers though, with Briggs and Riley, who are both professional boxers helping coach the pair, continually firing shots at each other, with Shannon ‘The Cannon’ desperate to get his hands on the 22-year-old. 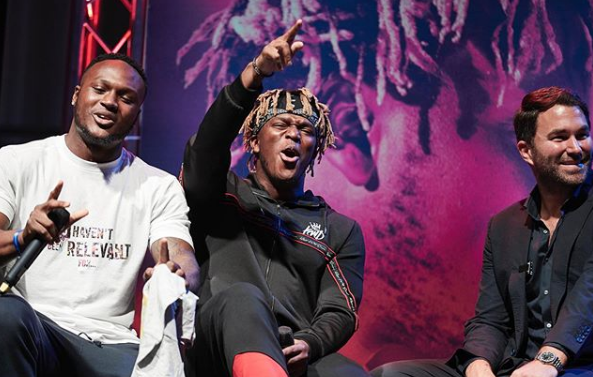 Briggs has called out Viddal Riley on numeroius occasions to fight.
[ad name=”article2″]

Briggs, who has become a meme within the boxing community for his constant shouts of “Let’s go champ,” while cornering Logan Paul has challenged Riley on multiple occasions to step inside the ring, something which the British cruiserweight seems uninterested in, and when placed in front of a camera on November 7, he took the opportunity to fire shots at his nemesis once again.

Unfortunately for the former world champion, the camera was in the hands of YouTuber Niko Omilana, who tricked Briggs into using disparaging terms about himself while thinking that he was actually praising himself in front of Viddal.

With the clip immediately posted on Instagram and Twitter, it didn’t take long for Briggs to find out the meaning behind what he had said, messaging Omilana saying: “You had me (saying) something bad, not knowing what I was saying. Not cool. See you soon.”

The YouTuber didn’t seem overly concerned by the message though, simply sending back “Let’s go champ,” to the two-time world heavyweight champion. 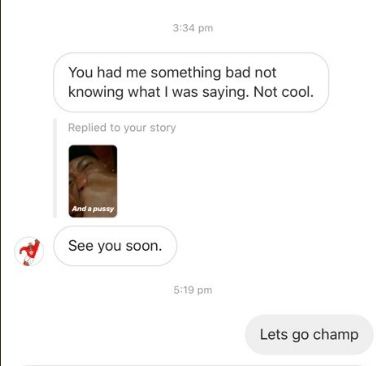 Briggs responded to Omilana in a private message.
500[ad name=”article4″]

Both Riley and Briggs will be in attendance on Saturday night, when YouTube boxing heads to the Staples Center as KSI and Logan Paul will run back their 2018 fight which ended in a majority draw.

Whether the two professional boxers in each YouTuber’s corner will square off remains to be seen, but Briggs will definitely be more careful about what he says in front of a camera in future.