After tweeting that he would adopt Brooke Houts’ Dog on August 7, YouTube star Ethan ‘h3h3‘ Klein reiterated that he is “100% serious” during his August 9 episode of his ‘h3’ podcast.

On August 7, YouTube personality Brooke Houts angered many when she accidentally uploaded an unedited version of her video to the platform which appeared to show her hitting and spitting on her dog.

Ethan Klein offered to adopt her Doberman puppy on Twitter after the incident, and later revealed on the August 9 episode of his podcast that Houts actually reached out to him, and that he was serious about adopting her pet. 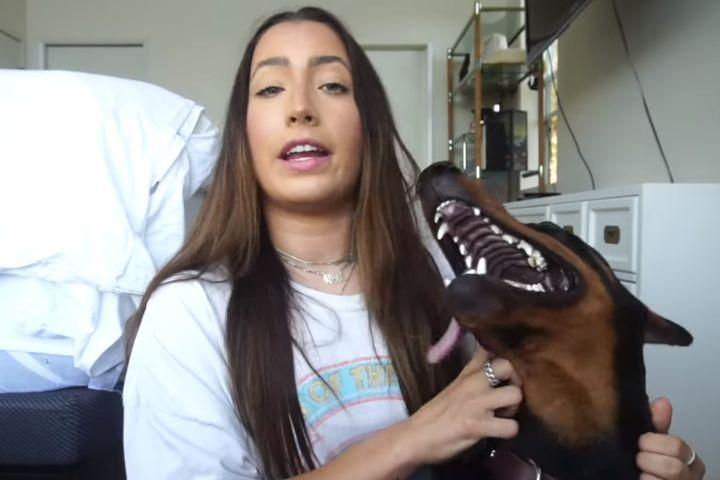 Houts sparked controversy after she uploaded a video in which it appeared she hit her dog.
[ad name=”article2″]

H3h3 posted on Twitter on August 7 that he would be willing to adopt the YouTuber’s dog, since they both live in Los Angeles. He even told her he would pay at any price that she asked for.

“Im in la and will literally buy your dog from you name any price, he really does need a new home,” he tweeted.

Im in la and will literally buy your dog from you name any price, he really does need a new home.

The YouTube comedian then revealed on his podcast on August 9 that she had actually replied to him in DMs although the interaction was brief.

“Hello would you be willing to talk for a moment?” she allegedly said, to which h3h3 replied: “I’m 100% serious about my offer. If you give me your # we can speak over the phone.”

Unfortunately the conversation then went cold. The podcast host theorized that the YouTuber wasn’t interested in selling him her puppy after all.

“I had a feeling she wasn’t going to actually offer for me to adopt her anyways. She was probably just trying to prevent this episode of the podcast from happening,” he said. 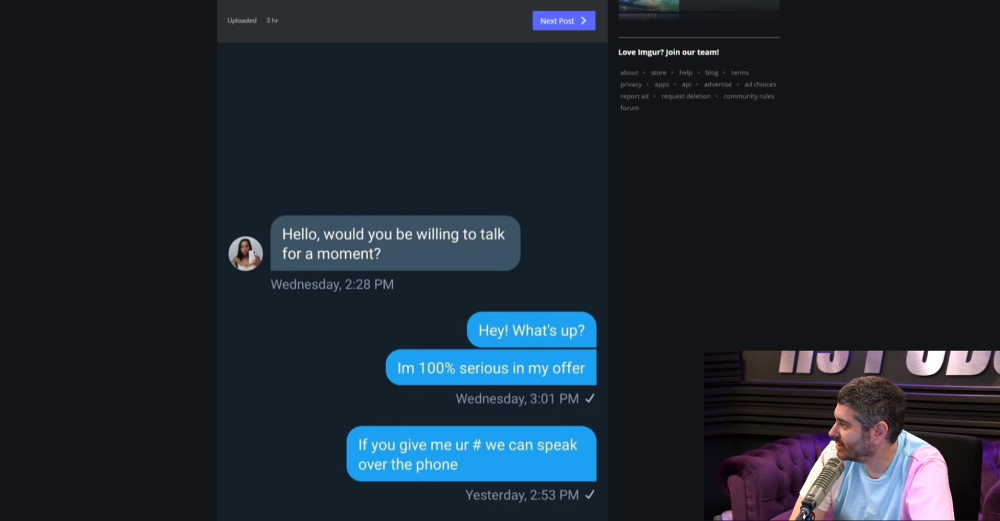 H3H3 showed the DM conversation between him and Brooke Houts.
[ad name=”article4″]

He wants to ‘keep the door open’ for adoption

He then outlined why the Doberman would have a good home with them: “If there is that door open, I’m 100% willing. I have a big house, a big yard. I have the means.”

Dexerto will keep you updated regarding any further developments of h3h3’s offer.