Fortnite Battle Royale players should be used to the process of being knocked down by enemies by now, but this Twitch streamer clearly wasn’t happy after being eliminated – smashing his monitor.

The streamer, WizardYensid, has over 70,000 followers on his channel and can be seen regularly playing the battle royale game, Minecraft, and several other popular titles.

During a live stream on September 23, the player was in a top four situation with his squad in a game of Fortnite, where he found himself as the final one alive from the group of four – until things didn’t go to plan. 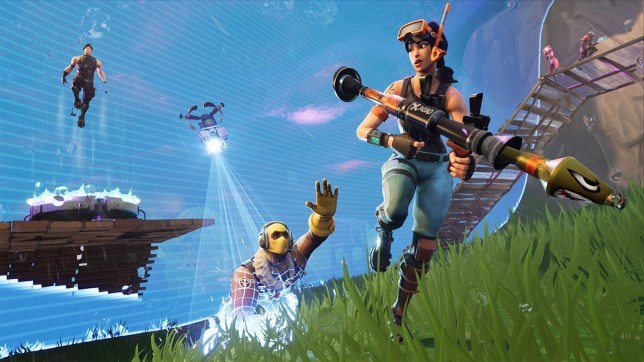 Being eliminated in Fortnite isn’t an ideal situation.
[ad name=”article2″]

With enemies positioned on higher ground, the streamer started to build around himself for protection until he was ultimately eliminated.

It’s fair to say that he didn’t take the whole thing very well, throwing his controller right at his monitor just seconds after being consigned to defeat.

While his microphone isn’t the clearest in terms of its sound quality, it’s easy to assume that he was disappointed not only by the loss, but also his reaction as well.

At first glance, it would appear that the monitor was still in working order. After all, it didn’t look – at least from the viewers’ perspective – that he had thrown it very hard.

However, WizardYensid later showed his audience the damage that had been caused in the heated moment. His monitor screen was completely broken.

After showing that the damage had been done to the viewers of the stream, it was obvious that he was very disappointed about what happened. “Noooo!’ he yelled, before briefly showing where the controller was supposed to land.

Fortnite victories might be few and far between for some players, but even then, is it really worth breaking your monitor in rage?