Popular YouTuber and actress Alissa Violet broke down to tears after FaZe Clan‘s Ricky Banks surprised her with the car of her dreams.

FaZe Banks posted a video to his YouTube channel on April 7, where he told viewers that he had a “big surprise” coming up for his girlfriend and there’s no way she could have seen it coming.

Reason being, she was told to close her eyes until they drove to the location of the big reveal. 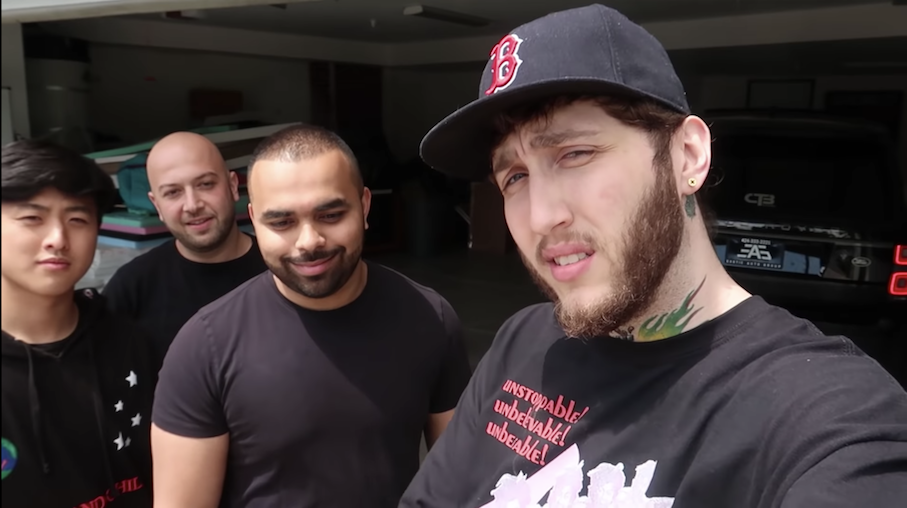 FaZe Banks had help from The CarBiz to make it all possible.

While the pair sat in the back of the car, Banks said: “Close your eyes, trust me please,” but it took a few minutes before Violet did eventually close them. At one point she joked about it feeling like a kidnapping, but once they arrived it was clear that it was nothing of the sort.

After keeping her eyes for a few moments, Banks helped his girlfriend out of the car and told her to turn around – where a brand new Range Rover was waiting for her, with a huge bow on top.

“Shut up… You’re lying!” she said in excitement, but just moments later she broke down to tears – clearly taken back by the gesture from the YouTube star.

(You can see the start of Range Rover reveal at 11:35 in the video below)

“I don’t deserve this. Oh my god,” she said before taking a look inside. Violet joked that she was going to “pee” on her boyfriend later, sealing a memorable moment for the couple.

The CarBiz, an up and coming YouTuber, worked with Banks to pull off this epic surprise by handing over the car to them for free – which could be worth $100,000 or more if price statistics from U.S. News for similar models are to be believed.

Banks is starting to make gifting videos a regular thing, too, after surprising a 13-year old Fortnite pro H1ghsky with a celebrity meet-up on March 31.

What will his next big surprise be? It’s going to have to be huge if it’s going to top his latest video, that’s for sure.