It is unclear at the time of writing who cajunb would replace on the active roster, should the two come to an agreement.

cajunb is a member of the OpTic Gaming organization, but was recently removed from their active lineup amidst two roster changes.

OpTic announced the addition of Mathias “MSL” Lauridsen and Nikolaj “niko” Kristensen earlier this week, moves first reported by Dexerto. As a result, either Marco “Snappi” Pfeiffer or Jakob “JUGi” Hansen are expected to depart the active lineup. 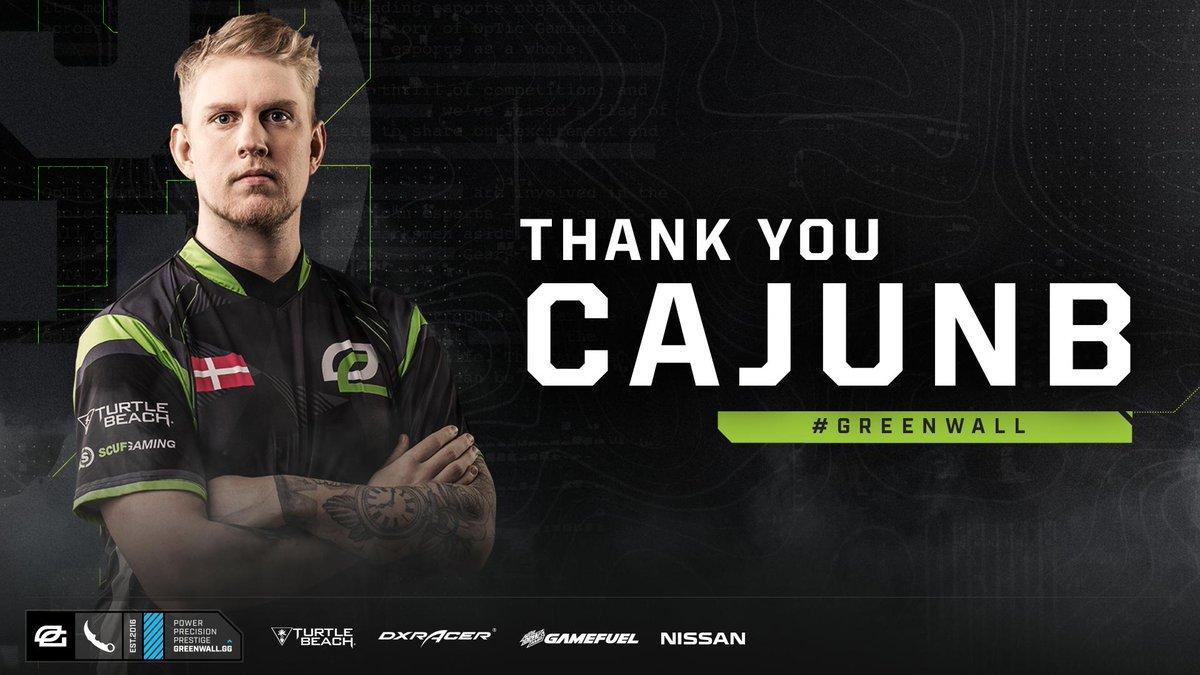 OpTic announced the departure of cajunb on March 28.

Cloud9 recently announced the addition of Daniel “vice” Kim on a trial basis as their fifth and final member of the active roster as ESL Pro League nears.

Due to the roster requirements of Valve sponsored Majors, replacing any players other than Golden or vice would require them to re-qualify for the upcoming StarLadder Berlin Major later this year. That is unless they use the coach swap rule, as they did for IEM Katowice 2019.

Prior to playing for OpTic Gaming, cajunb was a member of a number of Danish majority lineups including: Team Dignitas, Team SoloMid, Astralis, and North.

His greatest accomplishments as a player include a semi-final appearance at MLG Major Championship: Columbus 2016 and victories at EPICENTER 2016 and DreamHack Open Montreal 2017.