Fabien ‘kioShiMa’ Fiey has spoken out after his release from Counter-Strike: Global Offensive squad, implying that the organization were not the driving force behind his shock departure, but rather “player power” was a deciding factor.

The Frenchman was part of Cloud9’s roster for just six months, joining the American organization as a stand in for the BLAST Pro Series event in Copenhagen back in November.

KioShiMa attended six LAN tournaments with Cloud9, reaching the final at the ELEAGUE Invitational and third at BLAST Pro Series: Lisbon, but his run with the organization is now finished. 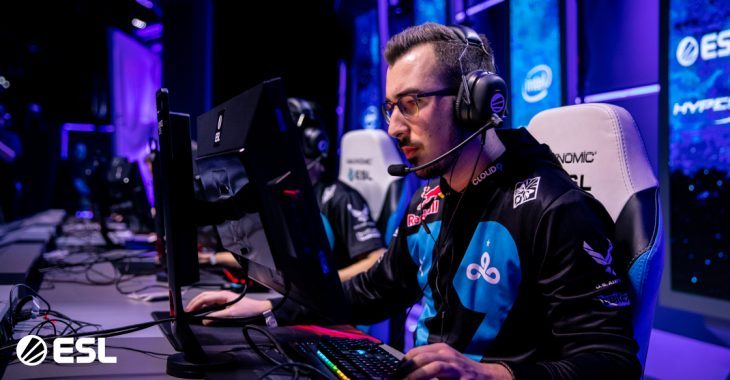 What did Cloud9 and kioShiMa say about his release?

In a statement on the Cloud9 website, kioShiMa stated that he appreciated “Cloud9 giving me the opportunity to play professional CS:GO again,” while Cloud9 CEO Jack Etienne said the organization was “grateful to have had kioShiMa with the team during this time. “

On Twitter though, the Frenchman appeared to place the decision on his teammates rather than the organization, writing: “For people wondering, the org doesn’t always agree with the players choices. It’s a tough position to be in when the players have too much power. This isn’t to cause any drama. It’s hard to blame one party when you don’t know which one is taking decisions.”

KioShiMa stated that he was revealing who made the decision as he sees a lot of frustration aimed at organizations and players, when it’s often unclear as to who made the choice as “every [organization] has different ways of managing their teams.”

This isn’t to cause any drama, I see a lot of comments towards org/players, when every team as different ways of managing their teams. It’s hard to “blame” one party when you don’t know which one is taking decisions. The power of someone become always limited.

What is the reaction to kioShiMa’s Cloud9 exit?

Many have expressed their surprise in the aftermath of the announcement. Caster Chad ‘SPUNJ’ Burchill was one of the first to share his feelings about the move, revealing his shock by saying: “Hard to have forecasted kioShiMa no longer being a part of Cloud9.”

Hard to have forecasted kio no longer being apart of C9

Cloud 9 fans were unhappy with the announcement, replying to the official announcement with hopes that it was an early April Fool’s joke, while others stated that they believed the change would end their hopes of qualifying for the StarLadder Major in August.

Its april so better be joke

Some CS:GO fans on Twitter went as far as stating that the decision was one of the worst made by any organization, with questions regarding the regularity of Cloud9 roster moves also raised by Twitter users.

one of the worst roster move done by C9. WP NA :clap:

Can c9 hold down a roster for a week? Its hard to like a team when the roster is constantly changing. I get that you want to spend less after the whole FNS thing, but at some point you gotta realize its not worth playing with free agents and stand ins if they aren't good enough

i wonder when we will see a Cloud9 CSGO lineup for longer than a few months again.

What’s next for Cloud9?

Cloud9 are already reported to be in talks with René “cajunb” Borg, who was recently removed from OpTic Gaming’s lineup amid a number of roster changes by the organization. It’s believed that cajunb will be part of the team that represents Cloud9 at BLAST Pro Series: Miami, although there has been no official word from the organization.

As things stand, Cloud9 no longer have the majority of the lineup that competed at the IEM Katowice Major, meaning it’s likely that they will have to qualify for the Berlin major through the continental minor tournaments in the run-up to the event.

What is the “whatever daddy wants, daddy gets” TikTok sound?