Counter-Strike: Global Offensive pro Ryan ‘freakazoid’ Abadir showed that he can still hang with the best of them with a solo ace during a close FACEIT match.

The 26-year-old American has constantly shown flashes of brilliance throughout his pro career stemming back to Counter-Strike: Source. Freakazoid’s time on a pro team ended right before Ghost Gaming announced they were stepping back from the CS:GO scene.

But just because his name isn’t tied to an org as of yet, doesn’t mean that freakazoid lets his sharp tactics in CS:GO dull in any way as seen in a ripping clip showing him expertly taking out a whole squad. 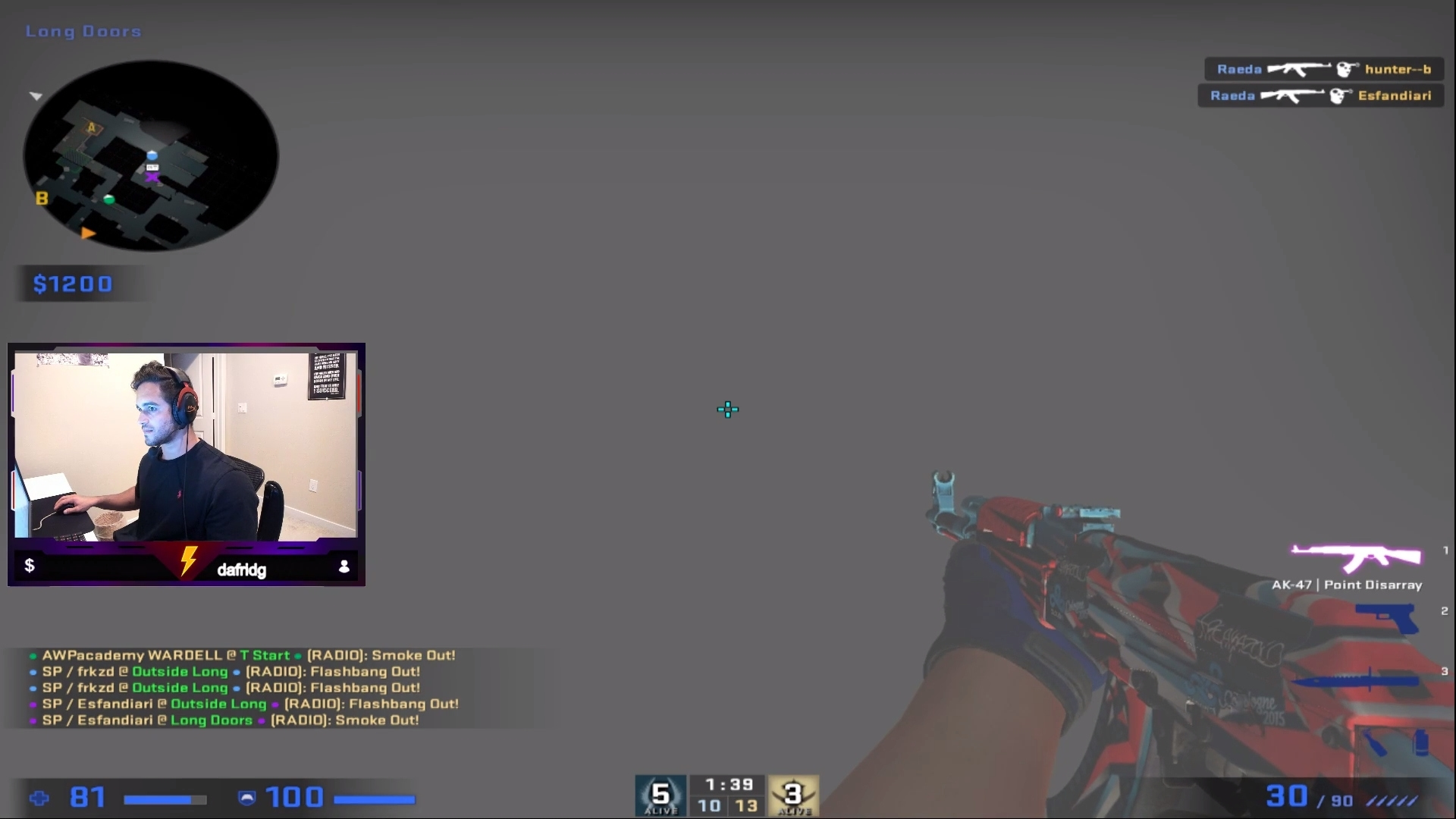 The wide-eyed Freakazoid kept a close look at his radar while waiting for the opportune moment to strike.

During his August 22 stream, the Swole Patrol chief found himself in a precarious situation when his two teammates were eliminated as they were pushing up A long on Dust II playing as the T-side.

Hidden in a smoke that was hugging the corner wall, he bided his time while being stranded alone outside of Long Doors – all the while hearing enemy CT’s nearby setting off utility all around his hiding spot.

Knowing there was someone pushed up to his position, he crept around the corner and took down the CT AWPer who was looking the other way holding Catwalk. He then made a 270-degree turn to the player holding Long Doors and secured the quick double kill.

After collecting the bomb, he calmly made the dash toward the A site with his teammates in disbelief at the play that was unfolding: “He’s long! Car!… You killed him?”

Smoking off cross, instead of barreling down to the bombsite in a 3v1 situation, freakazoid pulled back to get a peek into CT spawn where he managed to catch an approaching foe unawares.

The 2v1 was quickly cut down to a 1v1 after he’d planted the bomb and gunned down a CT who lazily jiggle peaked long corner.

But the last kill prompted an immediate “What the f–” from his teammate since freakazoid finished off the remaining low-health T-player with a cheeky shot as he jumped up the site wall.

There’s been talk off an old school Cloud9 CS:GO reunion happening so it’s great to see freakazoid in spectacular form.