The competitive scene for CS:GO is filled with some of the best friendly banter in all of esports, and it was in full force when Fnatic’s Jesper ‘JW’ Wecksell hilariously roasted world renowned organization Astralis.

Having played Counter-Strike competitively for about a decade, JW is hands down one of the most experienced pros in the scene. But his veteran status far extends the servers of Valve’s shooter, especially when someone’s getting cheeky on social media.

In a tweet posted on May 3, JW took a moment to relish his team’s fresh 2-1 series win against longtime rivals Ninjas in Pyjamas. But it didn’t take long for Astralis to chime in, prompting a hilarious retort by the Fnatic star.

King of the north, still.

In celebrating Fnatic’s nail-biting win over NIP at IEM Sydney 2019, JW reassured his fan base that the Fnatic squad was the “King of the north, still.”

It seemed like it would be just a passing moment, until Astralis felt there needed more to be said, adding: “Well, the kind Clutch King Xyp9x, Lord of Denmark, first of his name, would like to have a word.”

While there is no denying Xyp9x’s greatness in the annals of CS:GO history, JW came back by saying it “will be tough, looks like I’m not coming to Blast anytime soon,” which sent Twitter in an uproar.

Will be tough, looks like im not coming to Blast anytime soon

Background leading up to JW’s roast

To get everyone up to speed, Astralis has skipped big CS:GO events in 2019 such as DreamHack Masters Dallas and IEM Sydney to name a few, instead opting to participate in BLAST Pro Series circuit events.

While the BLAST Pro Series delivers some of the most exciting production in CS:GO tournaments, fans find it strange that Astralis keeps bowing out of premier events in lieu of 2-day tournaments consisting of only six top teams. 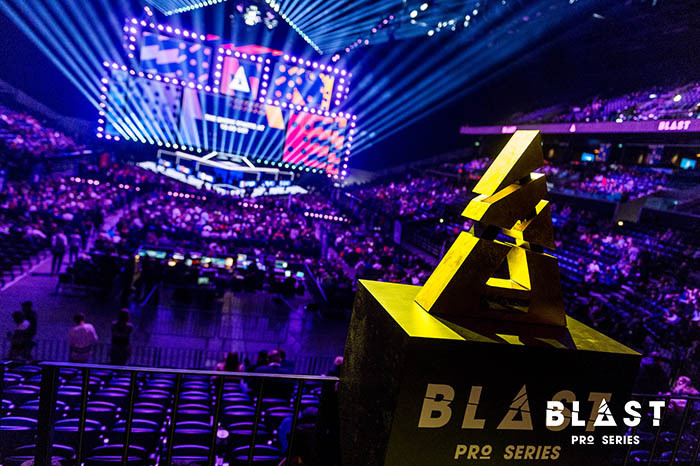 “The joke is that Astralis have blown off three real and actual tier 1 tournaments this year (with a fourth due, according to Thorin),” Redditor ‘BanEvader999’ said. “So that they can stay fresh for the shitty showmatch-tier BLAST tournaments organized by the company that owns Astralis, presenting something of a conflict of interest.”

To bring JW’s roast full circle, he poked fun that he likely won’t be able to prove he’s still the “King of the North” against Xyp9x since Fnatic might not encounter Astralis anytime soon since the Danish org is attending an influx of BLAST events.

JW’s jab was met with a flurry of laughter from Twitter fans, which might make Astralis think twice about testing the waters with the Fnatic star again.