DeKay Mailbag, Part 2: Na’Vi’s new approach in CS:GO, Who FaZe could get, and What Cloud9 should do - Dexerto
CS:GO

DeKay Mailbag, Part 2: Na’Vi’s new approach in CS:GO, Who FaZe could get, and What Cloud9 should do

With CS:GO still experiencing a bit of a lull after the IEM Katowice Major, it’s a perfect time to dive into even more of the most pressing questions from within the community.

Even though the post-Major transfer period was on the quiet side compared to previous roster shuffles, teams like Cloud9, FaZe Clan, and Natus Vincere still have plenty of question marks surrounding their rosters as we head into the rest of 2019.

Will FaZe Clan be on the look out for a new IGL? Are OpTic Gaming in talks with any more players? Does Na’Vi need to make roster moves? 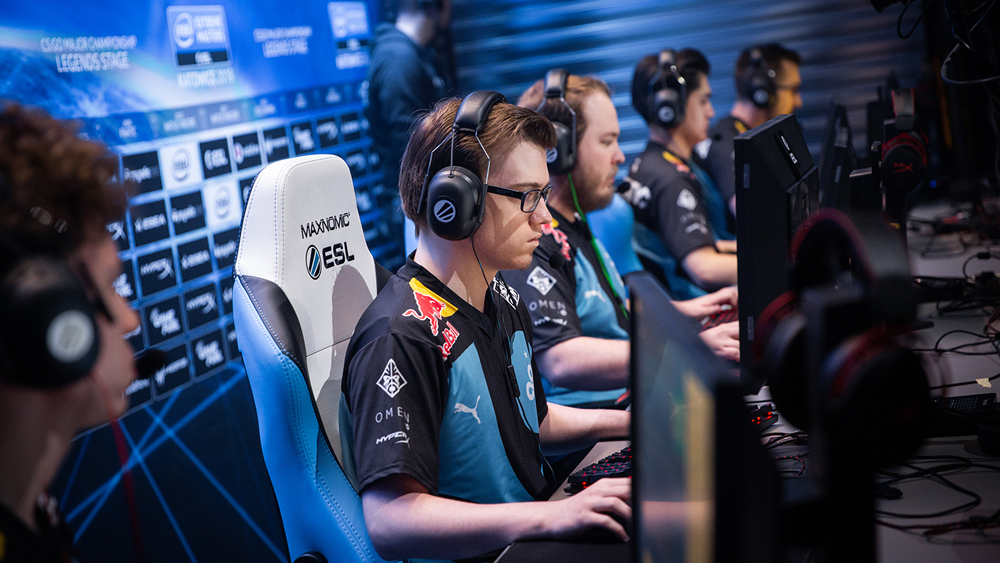 Cloud9 finished the IEM CS:GO Major with a 9-11 place finish.

Should Cloud9 be making any roster moves?

Roster moves C9 should do within NA and stick to. I.E. have a stable roster.

I think they should stick with what they have now until after the Major. Maikil ‘Golden’ Kunda Selim needs time to install his system and see how it works with a stable roster and consistent play.

I don’t necessarily believe Cloud9 has plans to go back to a full North American roster. They specifically sought out European players in this last shuffle and would have probably got another one if Daniel ‘vice’ Kim didn’t free up the way he did.

Will FaZe Clan pick up a new IGL?

With NiKo talking about how he wishes not to be igl any more, is it likely faze will try getting a new igl even with the “success” they had?

The problem is an IGL has to appear that Nikola ‘NiKo’ Kovač and the rest of the team approve of and feel happy with. I can’t even come up with five names in the world on any team that would gain that approval, so therein lies the issue.

The only “maybe” that I can think of is Robin ‘Flusha’ Rönnquist joining and them playing a loose style that he is known for liking to play when he leads. Outside of Lukas ‘gla1ve’ Rossander and Gabriel ‘FalleN’ Toldeo, I can’t think of any other player that I believe they would be happy to play with. With that in mind, I expect the team to remain the way it is for the time being. 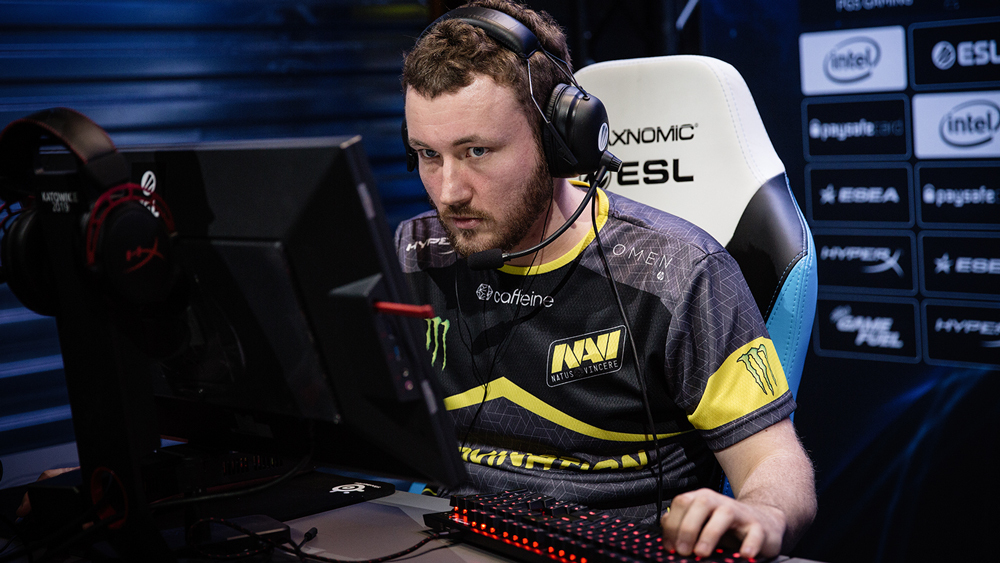 What’s going on with Natus Vincere?

With adding Blade and a sports psychologist/business structure, is NaVi making a last ditch effort to make this 5 man work? Is there any roster change potential on the horizon?

I do think they are in some sort of scramble mode right now. At the FACEIT London Major, I spoke with one of the owners of Na’Vi and when I explained everything Astralis was doing outside of the server, he dismissed it all as nonsense. He couldn’t understand how Astralis was so much better than his team and everyone else.

Now all of the sudden, they are approaching the game in somewhat of a similar way. They even considered a roster change before EPL started, but nothing happened. I think the StarLadder Major is the last one with this lineup unless they win it.

How do the NA teams stack up against each other?

Of the NA teams (rosters, not necessarily orgs), how would you rank their desirability? In other words, which teams would players most want to join? I'm guessing 1.Liquid 2.NRG 3,4,5+.??? right?

Yes, you have the right idea. Liquid, NRG, and Cloud9 are the big three but compLexity and Envy are close behind. Any team with real structure and investment will be a place that players will look to join if they can.

I would say those five organizations are the top five with others like Ghost just behind who are doing really cool things.

Who are OpTic Gaming in talks with?

What players were OpTic in talks with and are the talking to any ATM?

I don’t have a confirmed answer for you, I can only make educated assumptions when it comes to their situation.

Right now, I don’t think they are talking with anyone. They are trying to see what they can do with their current roster composition. Back when they were still adding Mathias ‘MSL’ Lauridsen, I know they considered getting a third player.

I assume that player is Valdemar “valde” Bjørn Vangså, but as I mentioned in Part 1 of this mailbag, he will be really hard to get.

Do female players get consideration during transfer periods?

Do any of the more prominent female players ever get considered for respectable teams in shuffle season?

Not that I have ever heard.

Who would be the best fit to get Na’Vi a Major win?

who does navi need to add to win a major, ange1? boombla? someone else?

I’ve always advocated for Kirill ‘ANGE1’ Karasiow because I think he is underrated and I know Oleksandr ‘s1mple’ Kostyliev would enjoy playing with him. He tried to recruit him previously at one point to Na’Vi. That is the major change that would put them on the next level in my opinion.

I’d suggest swapping out Ioann ‘Edward’ Sukhariev too and get some fresh blood in there. This next Major has a lot of implications for this lineup and I think it is unfair for them to live and die by s1mple all the time. 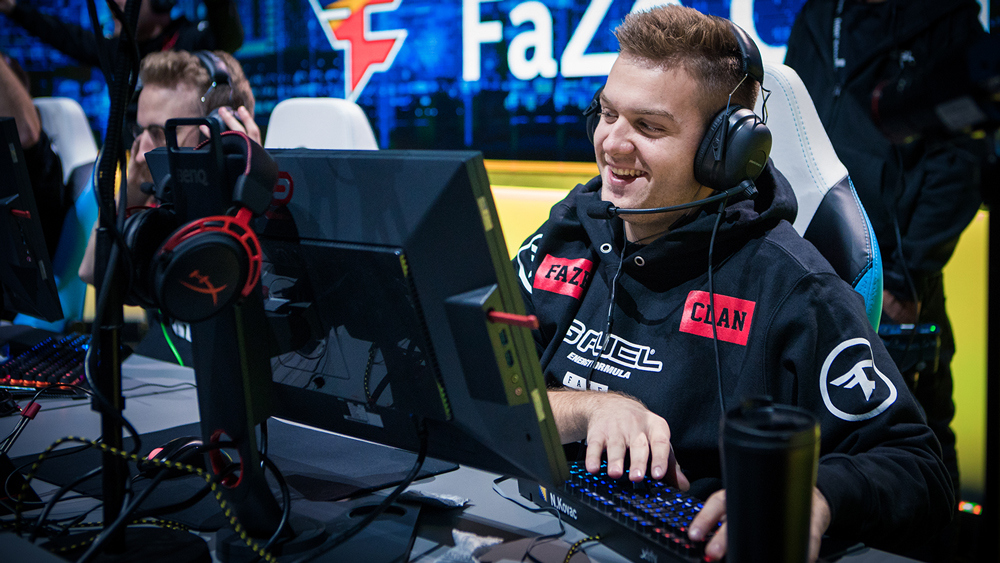 NiKo has been the center of many conversations during the recent transfer period.

Is NiKo the best IGL in CS:GO?

Whant do you think about @fazeniko igl, his results are still great, will he fully cope with this role? can he become one the top igl in csgo?

I think he can do a really good job at just about anything he sets his mind to. The main issue is that if he dedicates more time to being a real IGL, his fragging ability will suffer. We saw this in Mousesports time and time again.

I don’t want to go down that road again, I want to see someone come in and take pressure off of him. He is just too good of a player to have in-game leading and while they might have some nice finishes, it shouldn’t be a long-term option.

Were Virtus.pro in talks with other players?

Did VP contacted other players than Vegi or Sobol?

Not that I heard, it sounded like they were extremely happy with Arek ‘Vegi’ Nawojski and made the transfer happen in quick fashion. I’m not convinced he will fix their issues, though. They have a long way to go still.

Is there a perfect rest period between events?

Given the debate about BLAST, what do you (or to your knowledge teams) consider to be an adequate gap between tournaments to allow them to comfortably attend both. In other words is there an accepted number of 'rest days' which teams will take between events.

This would heavily depend on the team in question and their respective travel distances. As far as I know, there is no definitive amount of rest but maybe the Players Association has come up with something as a rule of thumb. I could probably find that out.

Some players may prefer to just jump one event to the other to get the whole trip over with, while I assume others would enjoy a nice week between.