CSGO: dev1ce breaks trophy at Berlin Major and his reaction is priceless

As Astralis took down major hopefuls Avangar in a dominant 2-0 victory at the StarLadder Berlin Major, the Danish squad made history with a three major-winning streak – but star player Nicolai ‘dev1ce’ Reedtz made sure they also continued their trophy breaking streak too.

The Danish squad crushed Kazakhstan’s AVANGAR in a record-setting performance for their third straight Major and fourth overall, winning in cruise control in Berlin.

After a dominating 16-6 win on Inferno, Astralis kept up the pressure with an even better 16-5 performance on Dust II. 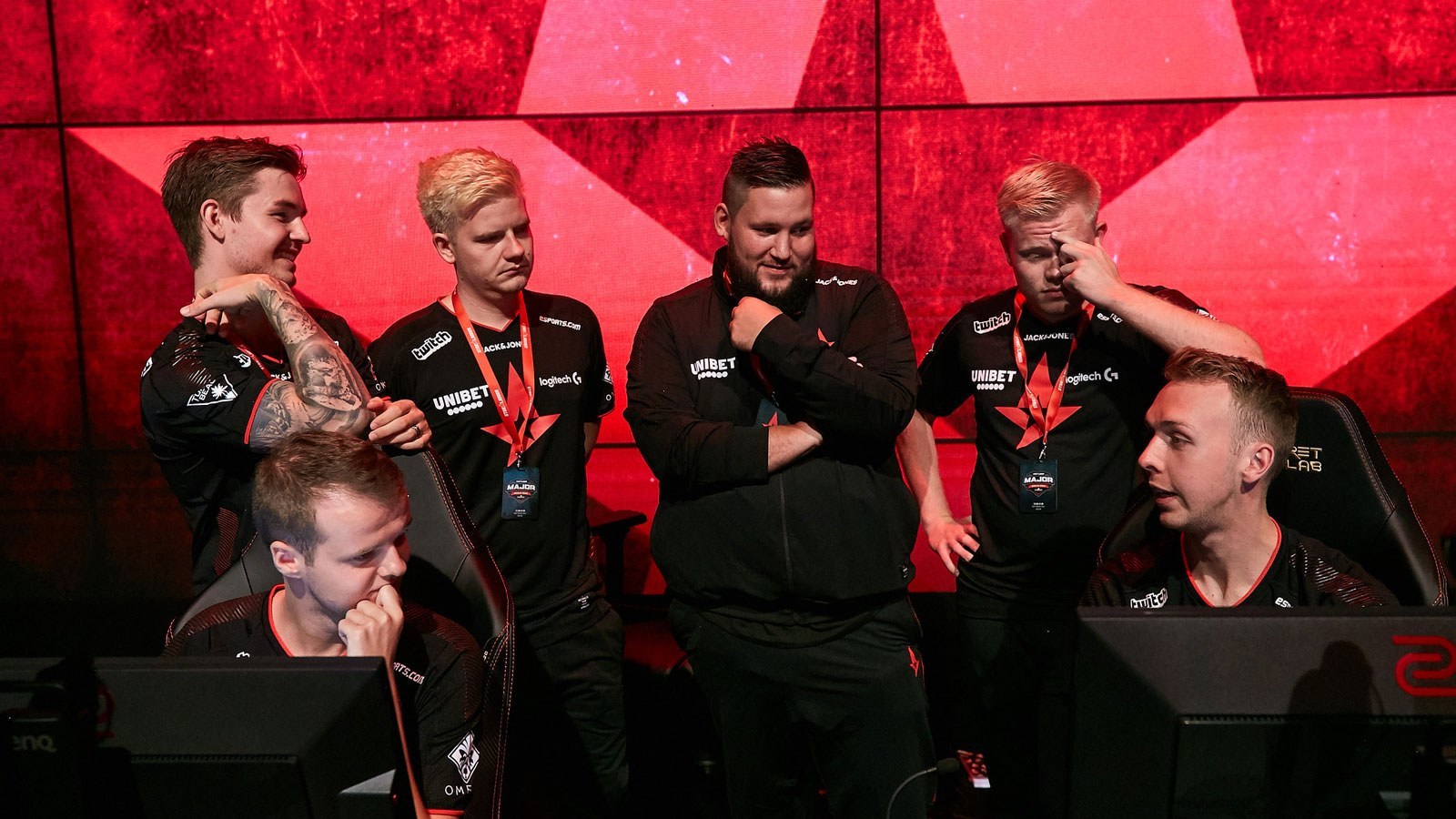 Astralis looked back to their best at the Berlin Major.

AVANGAR was left disappointed after a trouncing in the grand final, although can certainly be proud of their journey there, as Astralis were always going to lift the trophy, barring an unthinkable upset.

The Danes may be making a tradition of lifting trophies over the past two years, but are also making a habit of breaking them too, and device unintentionally kept the meme alive once again.

As the MVP hoisted the trophy above his head, part of its bottom came loose, causing a bunch of wires to become exposed – and dev1ce’s face says it all.

The CS:GO star could do nothing but had to grin to bear it, as a crew member stepped in to salvage the situation.

It would seem like not even the trophy wanted anything to do with Astralis, considering they’ve been crushing everyone in their path.

The year of trophy fails?

Of course, this is far from Astralis’ first trophy mishap.

Back at IEM Chicago, the trophy fell apart after being shaken on stage by the Danish squad. At least in that situation, the team tried to save face and acted like there were two trophies with the broken piece serving as a second.

It’s not just Astralis though – back in January, at Overwatch Contenders Season 3 in Korea, RunAway got a bit too excited after defeating Element Mystic.

As all the players lifted the trophy, a handle split right off, leading to yet another embarrassing moment.

It would seem like successful teams have a habit of breaking trophies. Maybe it’s good luck to do so? Although you would think all those tournament wins would give them some trophy-lifting practice.