North American esports organization Cloud9 have released a new jersey for their 2019 campaign featuring a bold design that replaces one of their iconic colors.

Cloud9 has been a premier fixture among numerous esports such as Counter-Strike, League of Legends, Hearthstone, Overwatch, Super Smash Bros., and more for a long time.

The organization announced their new design on Twitter with a video that took fans through a brief history of the evolution for their jerseys and merch before debuting the new colors being sported by the org’s CS:GO roster. 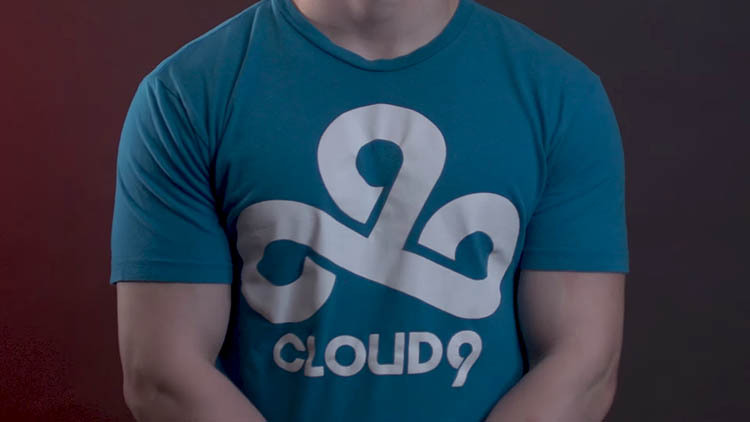 The org has come a long way since its 2014 design.

Fresh off the design floor, C9’s 2019 jerseys are mainly black and white with grey camo dispersed on the lighter portions of the shirt.

Since this version of the jersey particularly kept the CS:GO team in mind, the new kit brought back the star crest above the C9 logo to honor the org’s famous ELEAGUE Major: Boston 2018 Championship run.

The unique new colorway has an emphasis on a much more prominent “9” with a single black number adorning the front instead of the traditional Cloud9 logo.

The org teased the jerseys in an April 9 tweet that used the new slogan “Wear the 9.” Whether this means the North American org will slowly transition the rest of their teams to the fresh look remains to be seen.

A similar “9” was used in their White Long Sleeve T-shirt, but is now taking center stage on the new jerseys dressed in black.

New Sponsors on the jersey

The jersey is fashioned with sponsorship logos from AT&T, Omen, the U.S. Air Force and PUMA on the back, while newly signed sponsors BMW share the right sleeve with the logo from the telecommunications company.

The opposite end of the shirt has the wings of the U.S. Air Force prominently featured with HyperX fixed just below it.

Fans can pick up the 2019 Cloud9 apparel from their shop now for $60 USD, with an additional $10 charge for a custom name pressed on the back.