The $250,000 IEM Sydney tournament was a fantastic event with high tier Counter-Strike battles, but it was the crowd who stole show.

Loud and proud for the entire tournament, the Australian fans knew how to make the event lively, with some excellent player and team chants.

So when one of their fellow fans was evicted for doing a “shoey” – the crowd would not stand for it.

If unfamiliar, a shoey is when an individual drinks, typically beer, from the inside of their own shoe.

An Australian tradition, it has become somewhat of a tradition now at Counter-Strike events, with infamous ‘shoeys’ being done during interviews at IEM Cologne and last year’s IEM Sydney.

In a truly shocking turn of events however, one fan was in fact evicted from the premises after doing a shoey, and this didn’t sit well with the rest of the patrons.

So in protest, fans arranged to protest, with one even posting on Reddit to orchestrate their plans.

we need your help in taking a stand against the oppresive regime of Qudos Arena security. Arena staff are pulling out innocent shoeyers left and right, but together we can unite the crowd and send them a message.

Tomorrow at the start of the Caches Showmatch, me and my 8 mates will be taking part in a protest shoey. Its a risk, but hopefully if enough people see this and spread the word we can get most of the stadium to have one big protest shoey together. If any of you are in the crowd with us, please help spread the word!

And of course they pulled it off, with swathes of fans standing in protest, shoe in hand. 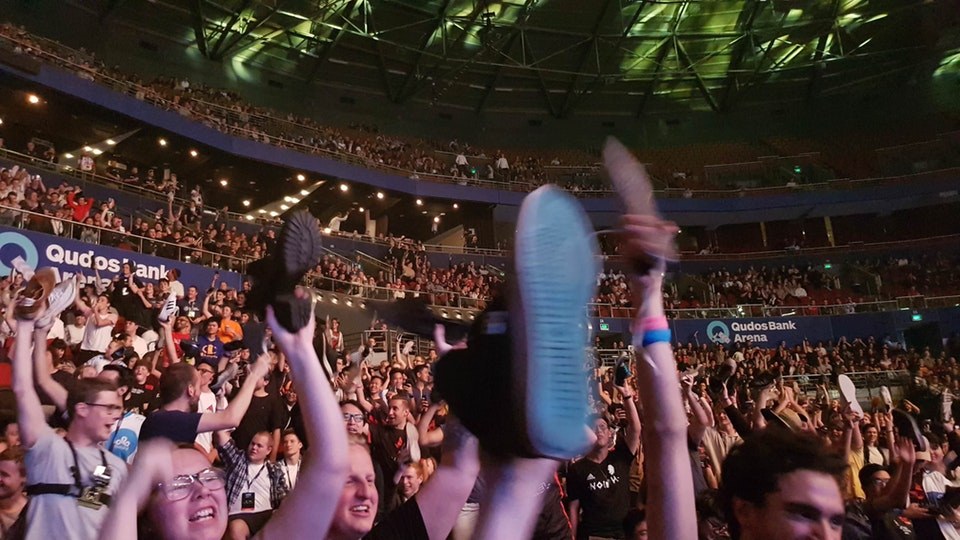 A nation raises their shoes in solidarity to fallen shoeyites. This is weird phenomenon. #IEMSydney #shoey #Australia #esport pic.twitter.com/MX0wUOryji

So despite the organizer’s best efforts, it looks like the shoey tradition is here to stay.