Aleksi ‘Aleksib’ Virolainen has reacted to the news that CS:GO lineup following the StarLadder Berlin Major.

Aleksib currently serves as the IGL for ENCE, but rumors have circulated that his time on the Finnish organization was reaching its conclusion, including a report from Jared ‘DeKay’ Lewis that stated he would be replaced on the lineup.

Now, a statement posted by the 22-year-old has confirmed that he will be leaving ENCE following the conclusion of the StarLadder Major, explaining the situation just moments before the tournament kicks off, with suNny signing with the team to play until the end of 2021. 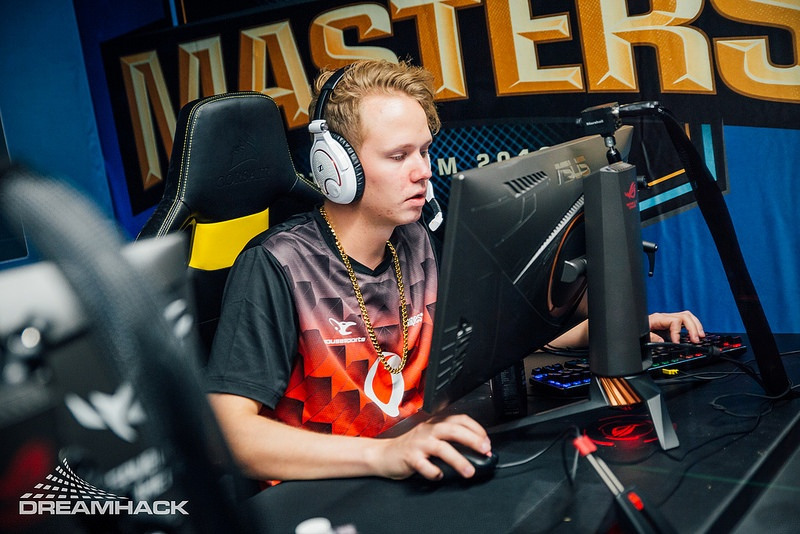 Aleksib confirmed on Friday, August 23 that he had been moved to ENCE’s bench, stating that the move “came out of the blue” and admitting that “at first, it hurt.”

“Despite the hardships, such as a failure at a tournament or having differing opinions, we were able to stay on the right path and reach success. We built this team from scratch. I’m proud to say that I was a part of the team’s growth from being potential to being elite. This has been a rewarding journey for me, and now it’s coming to a close.”

While his future lies away from ENCE’s roster, the 22-year-old is looking for positive results, stating that he hopes they can “make it look EZ one more time,” before thanking the whole team and the organization’s management for the 17 months he spent there, and appreciating the fans for their support and encouragement throughout his run. 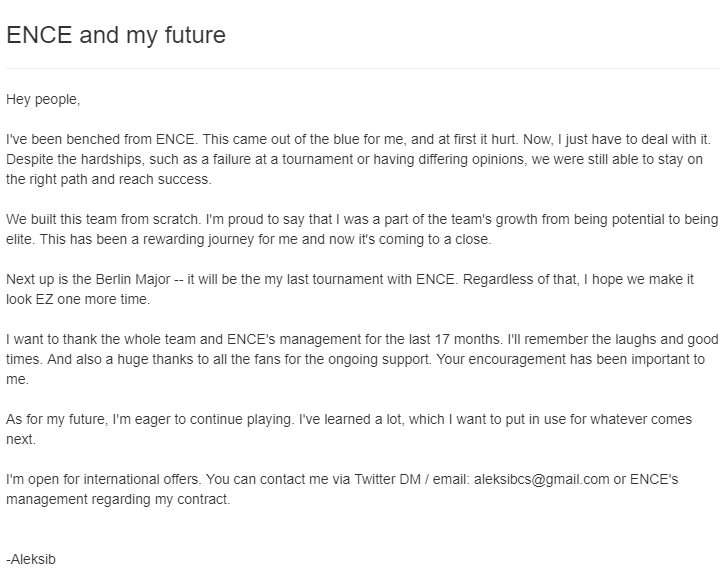 AleksiB’s full statement regarding his benching from ENCE.
[ad name=”article3″]

While announcing the signing of suNny, who they believe will be a “key element in the next chapter” of their Counter-Strike: Global Offensive story, ENCE took a moment to thank aleksib for his contribution to the organization, praising his character and professionalism.

“Aleksi has been an important part of the unforgettable run we have had in the last year and a half, and we are proud of the foundation he has built with us at ENCE,” the team’s official website writes. “Aleksi has been a model professional and a positive influence on and off the server, and we would like to thank him for being an integral part of making Finnish Counter-Strike history.” 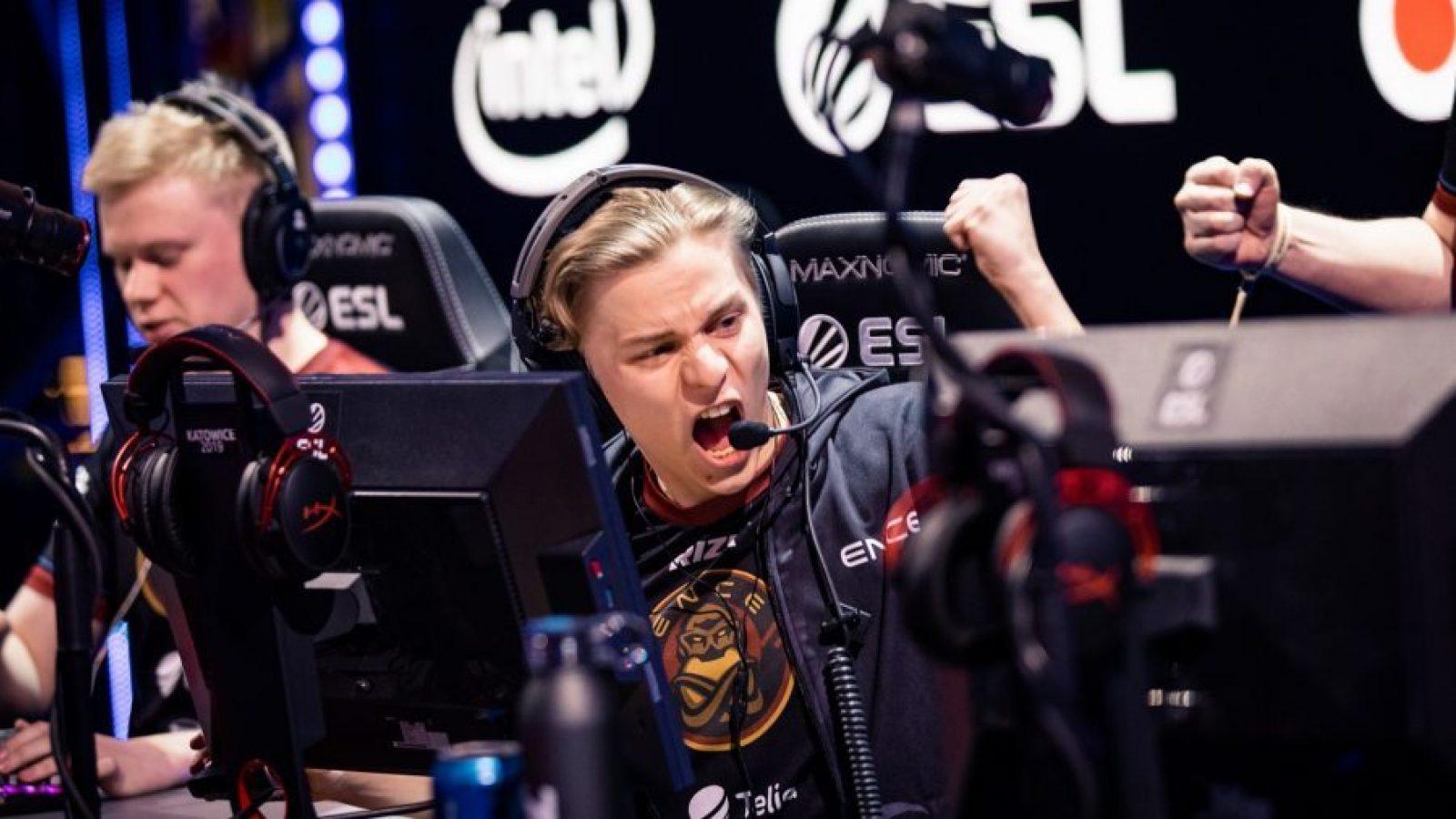 Aleksib will be making his final appearances as part of ENCE at the 2019 StarLadder Berlin Major, which kicks off on August 23 with the New Challengers Stage. The Finnish organization won’t be in action until August 28, when the New Legends Stage begins.

Meanwhile, SuNny who was benched from mouseports back in March, will make his first appearance with his new team at BLAST Pro Series Moscow on September 13.