The Fall of OpTic Gaming - Dexerto
Call of Duty

The Fall of OpTic Gaming

OpTic Gaming was once a humble group of gamers that didn’t have major backing, no vast capital from venture capital firms, nor a well-equipped team of professionals running the show.

Instead, it used sponsorship money to pay its players and personalities, to fund its expansion into other titles, and to create compelling videos. It was simply a group of guys who enjoyed competing at video games and creating content.

Spearheaded by Hector ‘H3CZ‘ Rodriguez, OpTic Gaming found itself at the forefront of gaming content on YouTube and a major figure in esports through Call of Duty. Over the years, it acted as an internet celebrity factory, spawning a number of gaming superstars such as Matthew ‘Nadeshot‘ Hague and Seth ‘Scump‘ Abner.

Before it received major backing, the only competition that the organization had was in FaZe Clan and that too was because of a well-crafted blend of excelling in both content and competition. However, once Neil Leibman, Co-owner of Texas Rangers invested in November 2017, things changed drastically.

Moving away from shared houses that acted as both living quarters and hotbed of content in Chicago, H3CZ and his army of online celebrities jumped ship to Frisco, Texas to begin the next chapter in OpTic Gaming’s story.

What transpired over the next 18 months, however, may have cut the legendary brand’s legacy short and resulted in its degradation and potential demise. But how this did all happen, and so soon?

When Leibman provided major funding to OpTic Gaming with the help of Chris Chaney, Infinite Esports & Entertainment was born. Acting as a parent company for OpTic Gaming, it soon became home to a franchise in Riot Games’ LCS and Activision Blizzard’s Overwatch League.

These developments marked the start of a new OpTic Gaming, one that could compete with the major organizations with significant funding. Combining HECZ’s aptitude for creating successful brands with a ton of resources seemed to be a genius idea; the sky was seemingly the limit.

Around the time that Infinite Esports & Entertainment had secured its place in two franchised leagues, it also entered another popular title in Dota 2. This instantly was a noticeable change for the Green Wall, with OpTic Gaming abandoning its exclusivity to shooter titles and no longer prioritizing the family feel and culture that was carefully cultivated over the years.

The Dota 2 team wasn’t as present in content as those who were present before them, and it stuck out like a sore thumb.

A suite of companies was built up – either through business acquisitions or the start of brand new ventures – with the premise of supporting Infinite’s major esports brands through apparel, partnerships, health & wellness, and content production.

With these businesses came the need to hire new staff that would assist, but operate outside of, OpTic Gaming, and this was another departure from the organization that fans recognized and supported. 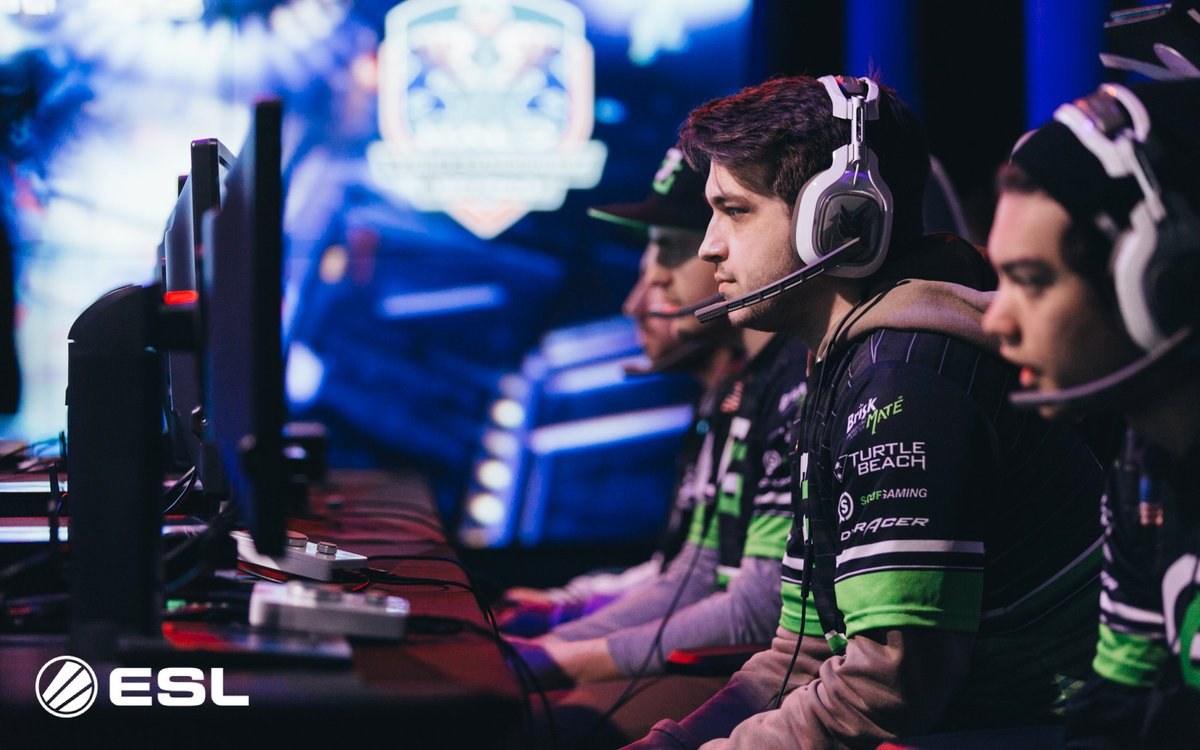 OpTic was a dominant force in Halo.
[ad name=”article3″]

Things took a turn in March 2018 when Infinite Esports & Entertainment unceremoniously dropped OpTic Gaming’s beloved Halo team, which had won a series of tournaments – including the all-important World Championship in 2017. Not only did fans react in disgust, but players across all teams in the organization were vocal about their sheer disappointment, shock, and disapproval of the move.

The explanation behind the team’s release was that the “industry’s landscape is rapidly changing”, as per the official announcement, meaning that it was no longer worthwhile to compete in the franchise. As with all players and teams in the organization for the entirety of its existence, the Halo roster comprised of more than just competitors – the players were wholeheartedly embraced and welcomed by those in OpTic Gaming and the die-hard Green Wall. Removing the Halo team was one of the most surprising and seemingly enraging decisions that could have been made.

Not much time had passed before Infinite Esports & Entertainment decided to make another radical change within OpTic Gaming’s landscape of teams, but this time it went another way. Instead of dropping an additional roster, it began recruiting those from outside of North America. Opting to first recruit an Indian CS:GO roster, over the forthcoming months it also signed a Mexican Gears of War team, Southeast Asian streaming trio, and a Brazilian female CS:GO roster.

This initiative went against the family feel that had assisted in making OpTic Gaming’s content so relatable and engaging for many in its fan base. Not only would new rosters be brought into the fold out of seemingly nowhere, but they wouldn’t be as present in content as the mainstay figures in the organization. This was a foreign move for the brand and undoubtedly created some important questions as to the plans Infinite Esports & Entertainment had – especially after it had dropped one of the most dominant rosters in console esports just weeks prior.

OpTic Brazil and OpTic India – both of the new CS:GO rosters – got off to hot starts, dominating the competition in their respective regions. OpTic Mexico struggled to compete with the top flight of competition in Gears of War – including the organization’s ‘main team’ – while OpTic SEA didn’t appear to really do much or add any value.

OpTic Global lasted a few months, with its demise starting with a scandal that rippled throughout the entirety of the esports industry. Nikhil ‘forsaken’ Kumawat, a member of OpTic India, was caught using a cheat program during the eXTREMESLAND 2018 CS:GO tournament. Not only did this cause an investigation that got the team disqualified from the event, but it undoubtedly spearheaded the closure of OpTic Gaming’s Indian arm.

The rest of OpTic Global quickly toppled like dominos, with Infinite Esports & Entertainment appearing to have decided that pulling the plug on the venture would be the best course of action. Signing and housing teams from other regions is likely to be a costly operation, and if a negative reputation is hovering around these teams after a matter of months then it’s understandable move.

This wasn’t what was making headlines for OpTic Gaming during the latter portion of 2018, however; it was the fact that the parent company had decided to let go a number of staff members. The most high-profile departure within the company was that of Chris Chaney, who helped facilitate the acquisition in November 2017 and had assumed the position of President. Filling in on a temporary basis was Ryan “OpTicJ” Musselman, a long-term and founding member of OpTic Gaming from its modest days in Call of Duty 2. 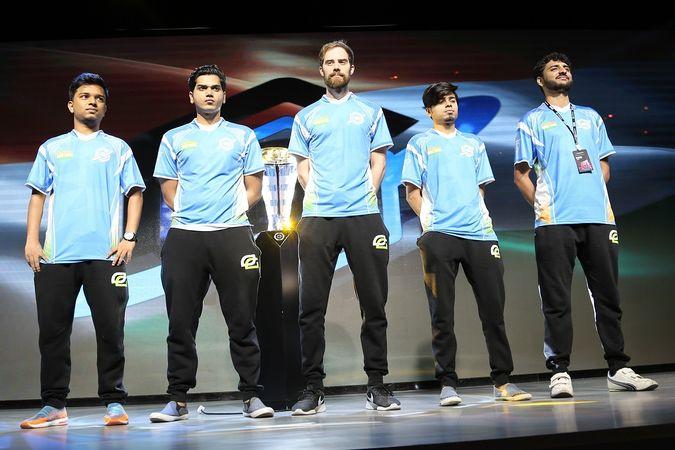 The reasoning behind the layoffs was simple, according to OpTicJ. Speaking to Sports Business Daily, he explained that the company “grew too fast” and that the changes were necessary to establish a “healthy operating position.” Leibman also touched on the layoffs, stating that he was “positive the recent changes are the right way to move forward for our long term success in the esports business.”

This seemed to be a great move for fans of OpTic Gaming, who had taken to blaming Chaney for a lot of OpTic Gaming’s misfires and disappointing moves over the first year of the acquisition. As H3CZ explained further down the line in May 2019, on his ‘Eavesdrop’ podcast, that all wasn’t as appeared and said that he had fallen out with OpTicJ quite some time ago due to the mishandling of a brand so precious to him.

He and Davis “Hitch” Edwards told a story in which OpTicJ was close to dropping OpTic Gaming’s Call of Duty roster – a move that would have been devastating for the team, internal staff, fans, and Call of Duty esports at large. Thankfully this didn’t transpire due to H3CZ himself laying an ultimatum on the table: if OpTic Gaming leaves Call of Duty, he and his team of content creators would follow suit. That was enough to keep the status quo, but demonstrated how far Infinite Esports & Entertainment were willing to go to change things up.

Following OpTicJ’s appointment as President at the end of 2018, up until H3CZ spoke out against his old friend, however, things were in a state of flux internally at OpTic Gaming. Players and personalities were constantly removing and adding the organization from their social media accounts and sly jabs were being taken in videos, but nothing concrete was being said.

That was until a report surfaced in May, stating that Immortals Gaming Club had bid to buy the majority share in Infinite Esports & Entertainment and, subsequently, its properties. Follow-up reports were published explaining that the company had indeed bid but that H3CZ had also tossed his hand in the ring, but those in authoritative positions remained quiet for a while.

On June 12th, it was officially announced that the acquisition was successful. Immortals Gaming Club had officially added OpTic Gaming to its portfolio of brands – joining Immortals, MIBR, Los Angeles Valiant, and Gamers Club.

“We’re incredibly excited to work to preserve, sustain and grow OpTic’s unique and special place as the original content-first esports brand, one that consistently delivers amazing content and championships for its community, the Greenwall,” said Ari Segal, CEO of Immortals Gaming Club in a release at the time.

What once was a self-made esports juggernaut is already starting to appear to be an empty brand, with none of the long-standing members actively representing it. – instead, they’re against the new ownership and aren’t afraid to show it. This much was evident when it was announced that Immortals Gaming Club – and by proxy, OpTic Gaming, had acquired the LA franchise in the upcoming Call of Duty franchised league.

In a recent interview, Segal explained his intentions to keep the OpTic Gaming brand alive through the Call of Duty League starting 2020. Described as a city-based, geolocated league, it’s widely believed that the CDL will follow in the footsteps of the Overwatch League by having a city-based naming system. To comply with the rules that Segal is aware of, however, he believes that the brand chosen must only exist inside of the league. This makes sense considering the recent departure of its Gears of War roster and the impending release of its Counter-Strike: Global Offensive squad.

If OpTic Gaming does indeed become a franchise within the Call of Duty League and ceases to exist elsewhere – to comply with Activision Blizzard’s rules – then it’s apparent that the brand will remain but everything that made it special may no be longer around. If this is indeed the case then it’s a travesty for esports; however, it is a growing, popular industry and people are looking to capitalize on that, so this may not be the last case of this nature 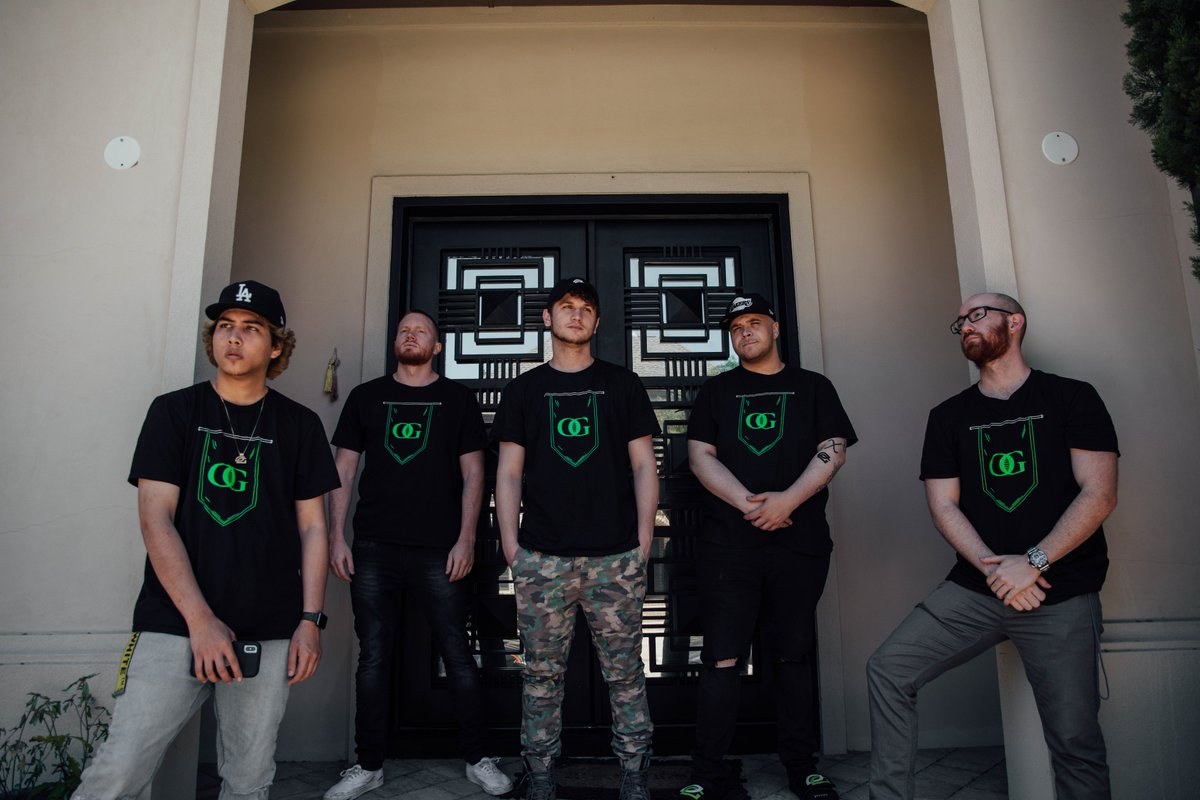 H3CZ’s position in esports is unclear as things stand. Should he opt to operate within Immortals Gaming Club in any capacity, there may still be hope for OpTic Gaming yet in terms of fan perception. If he leaves – whether to join another organization or, more likely, start his own – then it’s been made very clear where the players and content creators’ allegiance lies: with him.

For many years, it seemed as if OpTic Gaming as a brand was an anomaly that connected with gaming and esports fans on a level that transcends what others can produce. The acquisition – and the ordeal surrounding it as reports and rumors started surfacing – has proven that it’s the people within OpTic Gaming that fans have connections to.

OpTic Gaming may have just come full circle: starting its journey in Call of Duty, slowly building up until it competed across several titles at once, to then come back and solely focus on Call of Duty once more.