100 Thieves CEO and founder Matt ‘Nadeshot’ Haag believes that too much friendship currently exists within the professional ranks of Call of Duty esports.

As a former pro player, he thinks that too many CoD pros are close friends nowadays, which is diluting the competitiveness within the esport.

Nadeshot was live-streaming on August 1 with former pro player turned CWL analyst Anthony ‘NAMELESS’ Wheeler when he he brought up the topic of friendship in CoD.

“All the Call of Duty pros need to stop being friends too, too many friends. It’s like the NBA right now. Everybody’s tight, everybody’s homies, there’s no like grudge matches dude.”

NAMELESS then mentioned Rise Nation’s Danny ‘Loony’ Loza as an example of how pro players need to be if the competitive nature of the esport is to become heightened.

“That’s why the coolest shit is like playing ‘Loony’ because they have like a rivalry, there needs to be way more of that.”

Loony has been known to be involved in rivalries with some other pro players, specifically eUnited’s James ‘Clayster’ Eubanks. The pair have jawed at each other on the main stage and social media on more than one occasion this CWL season.

Continuing the conversation, Nadeshot presented a couple of hypothetical ways that the pro scene can get fired up once again, mainly involving longtime veterans Patrick ‘ACHES’ Price and Adam ‘KiLLa’ Sloss.

“Somebody needs to rush the stage and throw a left hook on ACHES and bring that dude’s fire back. He needs to start roasting everybody again. We need KiLLa to be a top player.” 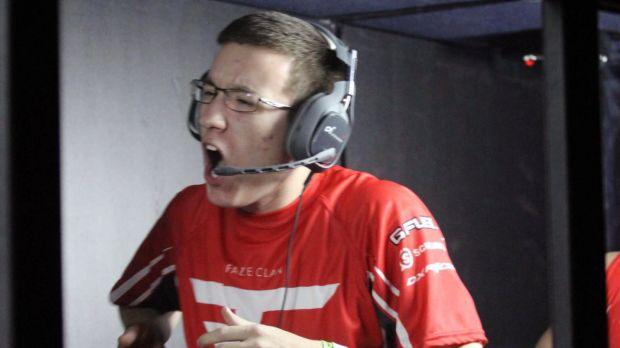 Unfortunately, NAMELESS does not envision KiLLa entering the top levels of the CoD pro ranks ever again.

“Well, we are fucked if that’s what we need. Sloss is my boy, I talk to him like every other day. But no way Sloss is going to be on a top team again, no way.”