In a stunning roster move that has caught many off guard, FaZe Clan Call of Duty pro player Dillon ‘Attach’ Price has temporarily found a new home for the rest of the Black Ops 4 season.

On March 8, Evil Geniuses announced that they had successfully loaned Attach from FaZe Clan, and he will be joining their CoD team just in time for next week’s CWL Fort Worth major tournament.

Attach will, of course, be filling the roster spot vacated by Brice ‘Faccento’ Faccento, who had announced his retirement from competitive Call of Duty several days prior.

It must be noted that this roster move is a loan and not a permanent transfer, meaning Attach will be returning to FaZe at some point either this season or after.

A big welcome to @Attach, who joins our Call of Duty roster on loan from @FaZeClan!

We'll be competing with him starting with CWL Fort Worth next weekend, and continuing onto CWL Pro League matches afterward.

This move allows Attach to  compete CWL Pro League for the first time this season after FaZe Clan shockingly failed to qualify back in January.

At the time, unlike some of his teammates, Attach was unable to secure a suitable move for himself and was thus forced to sit out the first four weeks of the Pro League before the roster lock was lifted again on March 1.

Fortunately, for Attach, he was able to grab a spot on a Pro League team before rosters were locked again on March 8, and fans will likely be excited to see the world champion back in the main fold.

“I’m very excited to be teaming up with these hungry and talented players,” he said. “I’m thankful for the opportunity and ready to get to work to turn this season around.”

Thankful for this opportunity to compete under @EvilGeniuses's for the rest of the Black Ops 4 Season! I didn't leave FaZe I am being loaned.
Thank you for all the support and I'll see you guys at Fort Worth!

EG will hope that Attach’s presence will indeed help the team turn things around in the Pro League, where they currently sit dead last in Division A with a lowly 1-6 record.

“It’s not every day a world champion is a free agent and with a player like Attach it’s easy to say that he would make any team better by joining,” said CoD coach Revan.

“Attach is a hard working and dedicated player, he pushes others around him and is open to improving his own play. A leader by example, we’re all very excited to grow as a team with Attach as our new fifth.” 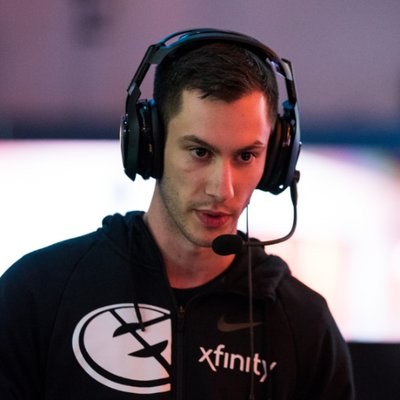 But before any improvement can be made in the Pro League, EG first have to face the stern challenge that lays ahead them at CWL Fort Worth, where they’ve been grouped with 100 Thieves, Red Reserve, and Enigma6 Group in Pool B.