It’s not everyday that professional Call of Duty players will get embarrassed by an amateur, but that was the case involving OpTic Gaming’s Thomas ‘TJHaLy’ Haly and Luminosity’s Matthew ‘FormaL’ Piper.

The two established pro players, both of whom are considered to be among the best in the game, found themselves on the wrong end of a slick play made by top amateur player Indervir “iLLeY” Dhaliwal.

The moment came in a competitive match being played between iLLeY’s team, which featured Midnight’s Rasim ‘Blazt’ Ogresevic and FaZe Clan’s McArthur ‘Cellium’ Jovel, and the team of pros that also included LG’s John.

With his team trailing 4-5 in a game of Search and Destroy on Payload, iLLeY found himself last alive against TJ and FormaL, who had him slightly cornered near the B-bomb.

However, iLLeY was able to wiggle himself out by first shooting over the bomb to weaken TJ, then shoot again to eliminate him, before expertly sliding around the bomb to deliver a fatal shoot/punch combo at FormaL to win the round.

Blazt’s reaction pretty much mirrored that of everyone else who either watched the sequence unfold live or later on Reddit, as most fans were left speechless at how impressive iLLeY’s movement and shooting accuracy was in such a tough moment.

Even the chat on Blazt’s Twitch channel, where the clip was taken from, is filled with viewers expressing their astonishment any way they could.

The play was equally important in the grand scheme of the match, as it tied the S&D at five rounds apiece, and iLLeY’s team ended winning the eleventh round to seal the victory. 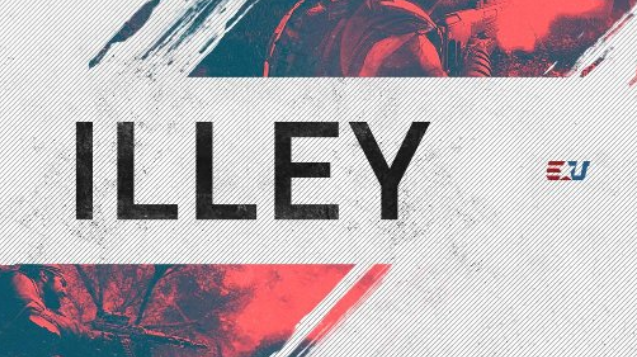 iLLeY is the last remaining member of the eUnited Cadet team that also featured Simp and Cellium, both of whom have gone on to join the CoD teams of eUnited and FaZe Clan respectively.

Despite still being ineligible to play in the CWL due to being under the age of 18, iLLeY is considered to be one of the best competitive Call of Duty players, going back all the way to the days of Black Ops 3.

He is the last remaining member of eUnited’s Cadet program, having joined the org back in 2017, and is thought of as one of the last outstanding talents from the generation that produced eUnited pro Chris ‘Simp’ Lehr and Cellium, both of whom were also part of that original Cadet squad.

Many believe iLLeY to be the next big thing in CoD esports, and he will be eligible to compete in the next CWL season once he turns 18 on October 20.

Creepy Dead by Daylight Artist cosplayer is out for revenge

GTA Online weekly Podium Vehicle for December 2: How to beat the Lucky Wheel every time