David Sirland, Multiplayer producer for the battlefield series at DICE, responded to a fan’s comment on Twitter, where it was asked if the franchise’s well-loved map editor mode would make a return to the series.

While they noted that the editor might not make a return straightaway, they wished to know if the mode’s return would be possible at all – or, at least, in future iterations of the Battlefield games.

Sirland was quick to respond. He revealed that such an initiative wasn’t impossible, and could, in fact, see a return in the near future – provided that the series receives ‘complete service.’

“The closer we get to complete service for the franchise, things like these are no longer completely impossible,” he wrote. “Long term projects and gains are viable, and in some cases, preferred.”

Another fan commented beneath his response with a gif showcasing the best of Battlefield 3’s custom maps, complete with a giant T-Rex and a massive, pink teddy bear.

Sirland found the gif humorous and responded, “Now, I don’t know any more… I mean look at that bear. :)” 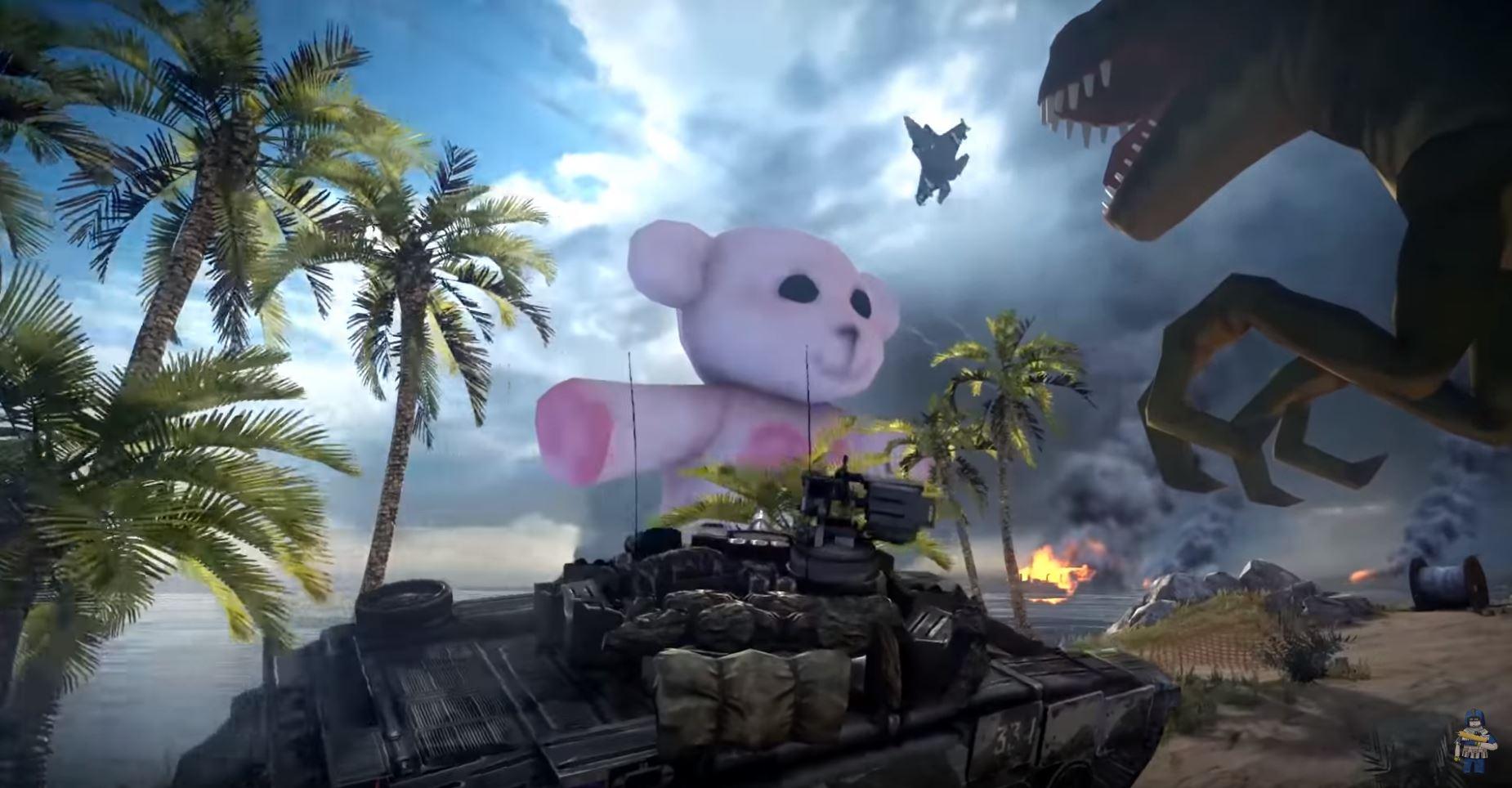 Battlefield’s custom maps, as showcased by the gif, gave players a means to add further creativity to the title. The community has spoken out about their return, along with the comeback of modding.

Although modding and map-editing were massive features in Battlefield’s previous titles, it looks like Battlefield V will have to wait to receive these modes – but the developers’ openness to their return hints at a shared enthusiasm concerning the situation.