Why Apex Legends Voidwalker Double XP was disabled and postponed

Apex Legends developers Respawn Entertainment have announced that the special Double XP promotion for the Voidwalker Event has been disabled and postponed.

The currently ongoing Voidwalker Themed Event has brought a lot of new content into Apex Legends, including a Double XP promotion granting a boost for top-five finishes and match victories.

However, players who were expecting to enjoy extra XP during the weekend of September 6-9 will have to keep waiting, as Respawn will not be hosting the promotion as scheduled.

On September 6, Respawn revealed that the activation of Double XP was causing connection issues in the game, and the only way to fix it was to deactivate the boost.

“The issue has been resolved,” they tweeted. “It was related to activating Double XP so we reverted the change and are postponing Double XP boost until next week. We’ll provide updates on new dates soon.”

The issue has been resolved. It was related to activating Double XP so we reverted the change and are postponing Double XP boost until next week. We'll provide updates on new dates soon.

The Double XP boost had actually already been in effect for several hours when the announcement was made, having gone live at 10 AM PT / 1 PM ET.

However, seeing as how the developers could find no way to resolve the issue and keep the promotion active, they had no choice but to postpone it.

Ultimately, this decision will likely be well-received by players, since it means that those affected by the connection issues won’t have to miss out on precious XP bonuses.

The boost will be brought back sometime next week, according to Respawn, with the exact dates to be announced sometime before then. 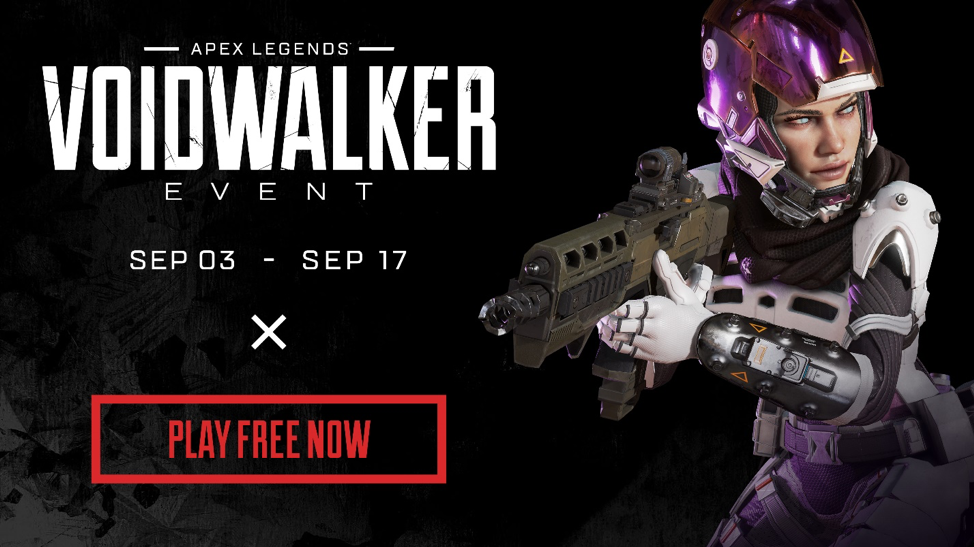 The Double XP was not the only highlight of the Voidwalker Event, which has also added a Wraith Town Takeover on the map, the brand new Armed and Dangerous Limited Time Mode, exclusive challenges, and a Direct Purchase Shop.

The launch of the event also came with several adjustments made to the game, including balancing for weapons and Legends, as well as bug fixes.