Data miners have uncovered names for six new weapons found in the Apex Legends game files, and shared 3D model renders of what they are likely to look like – if and when they are added to the game officially.

Since its surprise launch on February 4, only a single new weapon has been added to Apex Legends, which is leaving players a little impatient for some new firepower.

The Havoc energy rifle was added only a couple weeks after launch too, which means it’s been over a month – at the time of writing – since a new gun has been added. Although, we have had a new legend in Octane with the start of Season 1.

What new weapons are coming to Apex Legends?

We already know for certain that the L-Star is bound to be added at some point, and likely very soon, after players actually begin unlocking skins for the weapon in Apex Packs.

The L-Star is a peculiar one, since it’s featured on the cover art for Apex Legends, held by Bloodhound. 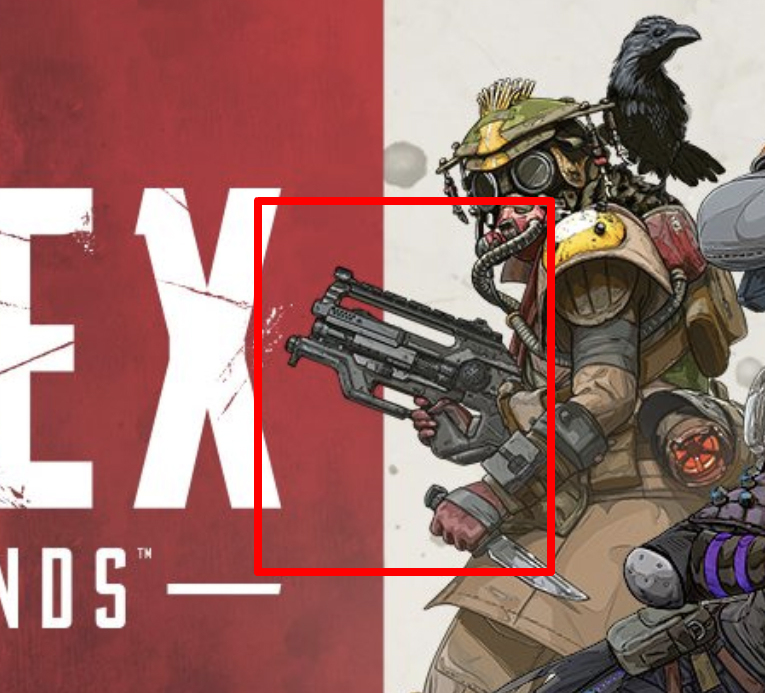 The L-Star has been right in front of us the whole time.
500[ad name=”article3″]

Other weapons in the game files are less certain, as some of them could simply be leftovers from Titanfall 2 assets, but it’s exciting to speculate if these guns will ever be added.

Data miner @RealApexLeaks has found 3D models of five weapons currently in the game files, which you can see for yourself below.

The EPG was a unique weapon in Titanfall 2. A single fire energy weapon, it packed a serious punch and could take out players in a single shot.

Unlike any other weapon on this list, the Softball is in fact a grenade launcher, rather than a standard bullet or energy based gun. This would certainly make a big change to gameplay if it is added to Apex Legends.

The Defender wasn’t a Titanfall 2 weapon, but it appears to be based on the Charge Rifle, which was. The Charge Rifle, as its name suggests, must be charged up before firing, which results in a deadly, high-damage beam.

In Titanfall, though, it was primarily an anti-Titan weapon. It will be interesting to see how it would play out in a game like Apex Legends, with the absence of titans.

Another peculiar find in the game files is the Archer, because – yet again – this was an anti-Titan weapon. However, there’s currently no rocket launcher in Apex Legends, and players would certainly have some fun with it.

The ARL is a bit more of a mystery, as we can’t seem to find a direct link to any Titanfall weapons with this one. It looks rather like a compact light-machine gun, which would add to the Spitfire and Devotion LMG’s already available.

Of course, it must be noted, as with all data mined leaks, that just because these weapons are in the game files doesn’t guarantee that they will be added to the game. Realistically, the safest bet would be the L-Star, but even that isn’t 100% certain yet.

For example, some of the weapons shown below were found in the game files in March, but have since been removed. 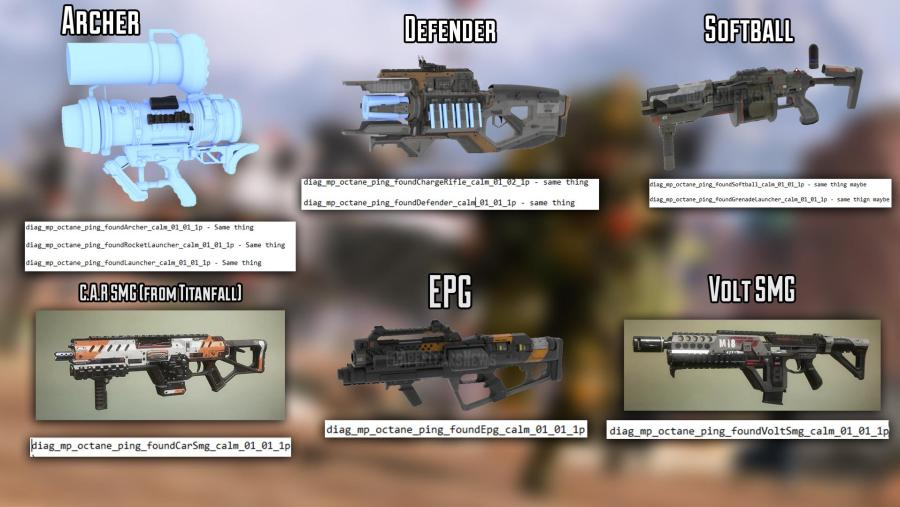 Data miner @ApexLeaksNews found these game files in March, but so far, none have been added to Apex Legends.

Apex Legends fans will have to be patient and wait until Respawn officially announce a new weapon, before we know for sure.