Twitch star Michael ‘shroud’ Grzesiek is known as one of the best FPS players in the world, but was left lost for words after losing a straightforward shotgun battle on Apex Legends.

The former CS:GO professional usually manages to keep a level head whatever happens in the game he decides to stream, but Apex recently caused him to lose his mind after discovering a way to counter a gold level four shield.

His frustrations continued when teaming up with long-time friend and teammate Tyler ‘Skadoodle’ Latham, as shroud was downed by an enemy player, despite the majority of his shotgun shots appearing to hit his opponent from point blank range. 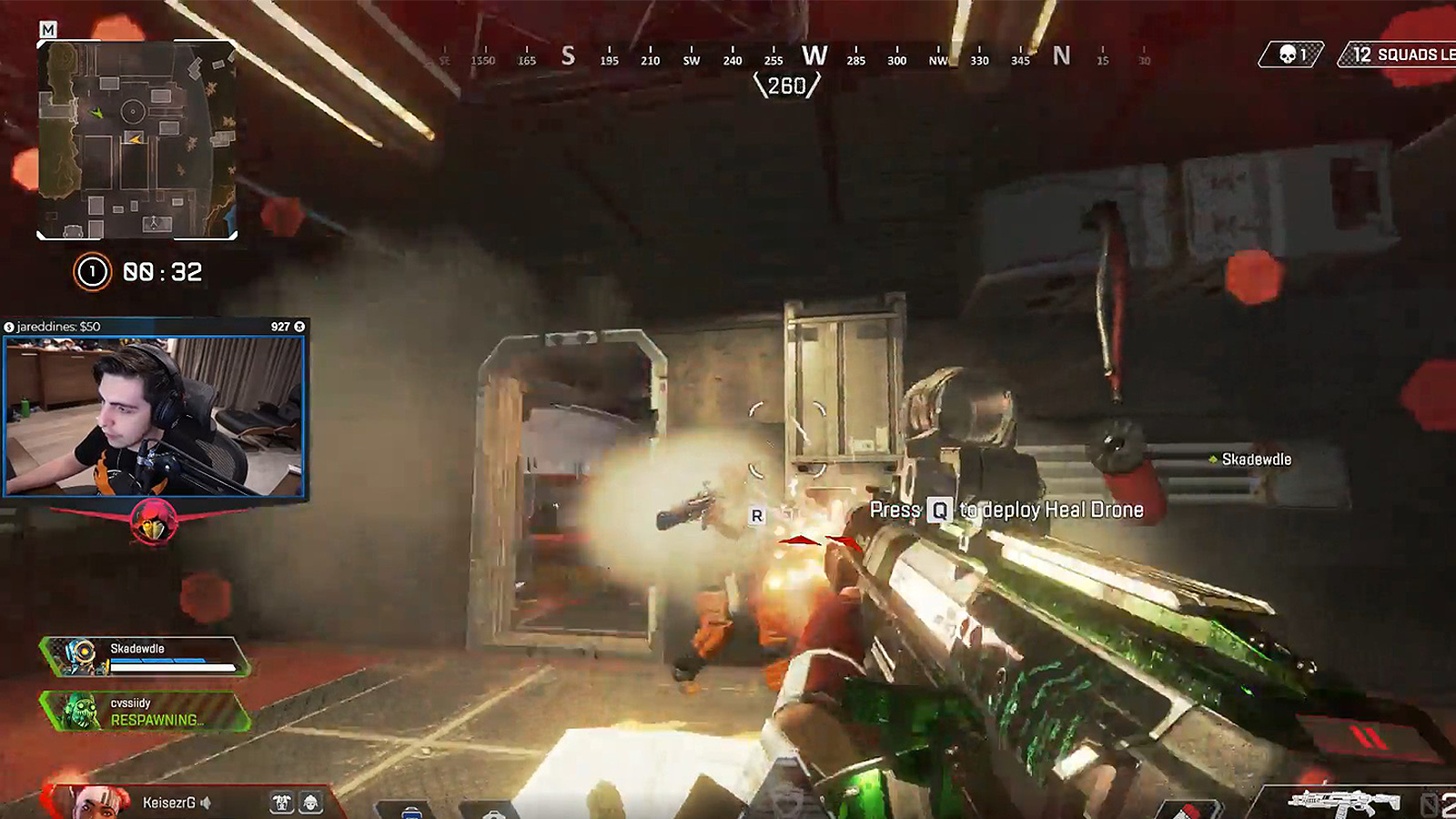 Shroud couldn’t believe his eyes after falling to an enemy player.

While lining up a seemingly free kill, shroud’s god-like aim deserted him while using the EVA-8, allowing his foe to score an elimination.

Shroud didn’t make any excuses for his poor accuracy, but his Twitch chat were convinced that his shots did in fact land, suggesting the hit registration in Apex was to blame.

“I don’t know what to say,” Shroud said. “I thought those shots were pretty good – but they were not. I must have missed every shot by the slightest. That was crazy.”

While it seems a few bullets do actually go through the enemy, shroud’s evaluation of the duel may be correct, as it appears he misses the majority of his shots by the smallest of margins.

He continued: “I can’t explain what happened to me. I don’t think I’ve ever missed so many shots in my life. It was the weirdest situation I’ve ever been in.

“I must have been the tiniest fraction off in every single shotgun shot.”

While his viewers continued to debate whether shroud was at fault, the streamer quickly made up for his poor showing with a solid win in their next game.

One thing is for sure, the 25-year-old will be avoiding the EVA-8 shotgun in future.