Twitch superstar Michael ‘shroud’ Grzesiek is finally back playing popular battle royale Apex Legends after a short break and may have found a new favorite weapon, the Longbow DMR.

Respawn Entertainment made a number of weapon balancing changes in the latest patch, 1.1.1 which was officially released on April 11, including a variety of improvements to the Longbow DMR which many players felt was underpowered in its former state.

The alterations include an increased fire rate from 1.2 to 1.6 to allow more shots to be released in quick succession, as well as a larger magazine size on the base, common, rare and epic mags, and shroud was quick to highlight just how good the weapon can be if you’re aim is on point. 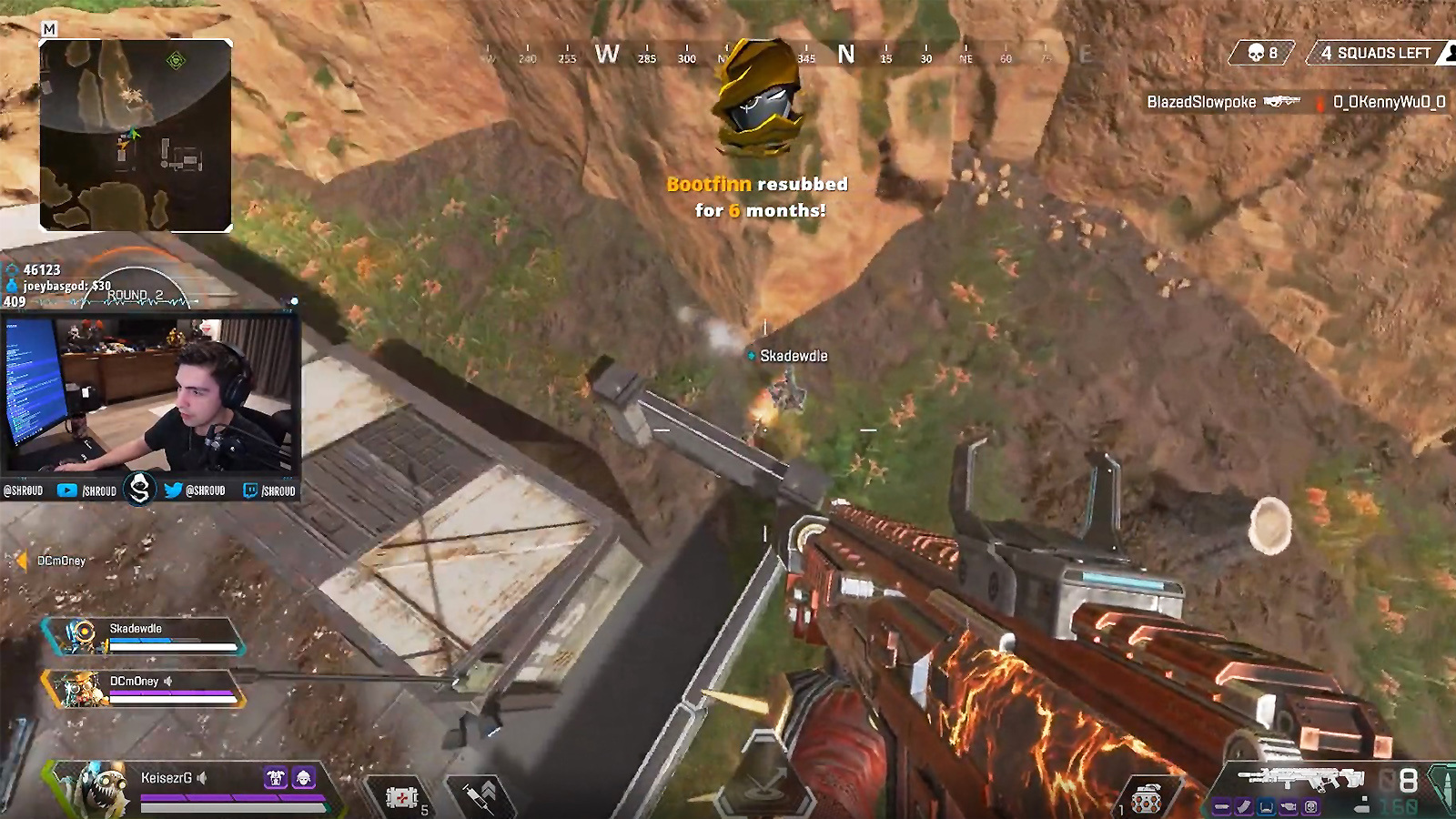 shroud is back playing Apex Legends after a short hiatus.
[ad name=”article2″]

Shroud wipes a squad with the Longbow DMR

Combined with the R-99, the former CS:GO professional was clearly impressed with the weapon’s capabilities after eliminating three players with ease.

Using a thermite grenade to inflict even more damage to his opponents, shroud knocked down his first foe with the buffed gun, downed his team-mate after spraying with the SMG, before finishing the impressive clip with the Longbow DMR.

Shroud couldn’t contain his excitement stating: “That was extremely average but I just wanted to freak out.”

Even after dropping out the jump ship, shroud showcased how useful the Longbow DMR can be off spawn.

In the search of becoming the Apex champions with his squad, shroud landed on just a Mozambique and the Longbow before hitting a lovely sliding no-scope headshot which instantly knocked down his adversary.

If you’re playing Apex Legends on console, Reddit users have suggested switching your controller aiming settings to ‘Fine Aim’ can result in increased accuracy so you can attempt to replicate shroud’s exploits.

While not many players can boast to have similar skills to the Twitch streamer, the 24-year-old showcased just how overpowered the post-patch weapon can be if you have excellent aim.