Should bunny hopping be removed from Apex Legends? Respawn respond

Apex Legends, the popular battle royale from Respawn Entertainment, uses the Source engine, which means the ‘bunny hopping’ mechanics made famous in Counter-Strike, are possible – but is it a skill or an exploit?

Players familiar with the Source engine quickly found that you could bunny hop in Apex Legends by sliding, remaining crouched, and timing your jumps accordingly.

If done correctly, the mechanic was very helpful when trying to heal, as players are reduced to a walking pace when using syringes or shield cells. However, by bunny hopping, players could move much faster while healing.

It didn’t take long until this sparked debate however. Players who could use the bunny hopping effectively, mostly argued that it was just a matter of skill, and helped increase the skill gap in the game.

If you don’t know how to want to try, here’s a simple guide on how to bunny hop in Apex Legends.

Others felt that it was an exploit. A faulty mechanic in the game that was unintentional, and was giving some players an unfair advantage.

Top Apex Legends streamer and Overwatch pro, Lucas ‘Mendokusaii’ Håkansson is the biggest proponent of bunny hopping, and is adamant Respawn should ‘support’ it, not remove it.

However, it looks like the developers at Respawn are not in agreement.

Following the Season 1 update, developer u/RespawnSean, stated that the quick weapon switch exploit was ‘not intended’, and said that they feel the same way about bunny hopping, with a fix incoming. 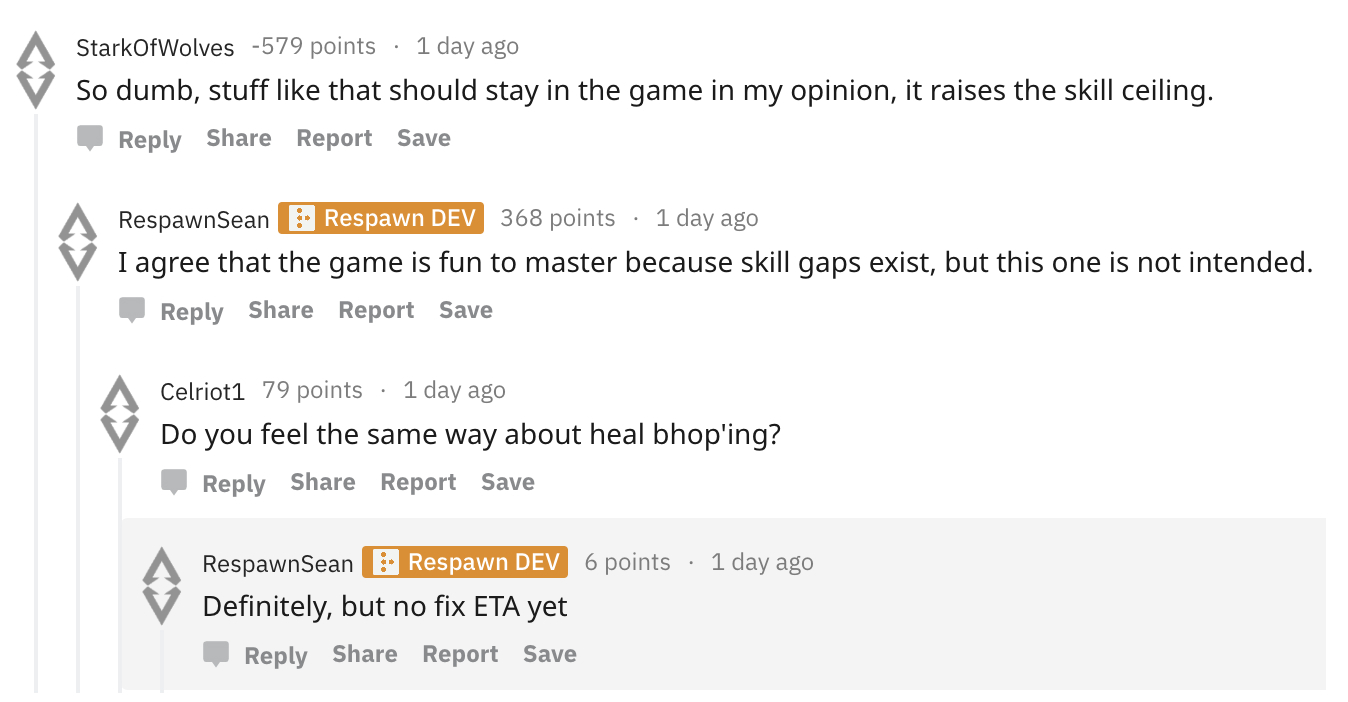 Judging from this response, Respawn are clearly not fans of the movement trick, although it’s not clear if they plan to completely remove it, or simply tone it down.

Although there is no ETA on a fix, it shouldn’t be too much work to implement, and so bunny hoppers might not have long left to enjoy their tricks on Apex Legends.