A Respawn Entertainment developer has provided an update on the notorious ‘code:leaf’ error, which has caused an abundance of disconnects and server issues in Apex Legends across all platforms.

For those unfamiliar with the infamous code:leaf error that has plagued players in the popular battle royale, a glimpse of the message usually means various connection resets before being able to get back into the Apex Legends servers.

Developers provided more context on the issue, revealing that the appearance of the message meant that “the server never answered us when asked it if we could connect” in a Reddit post on July 12. 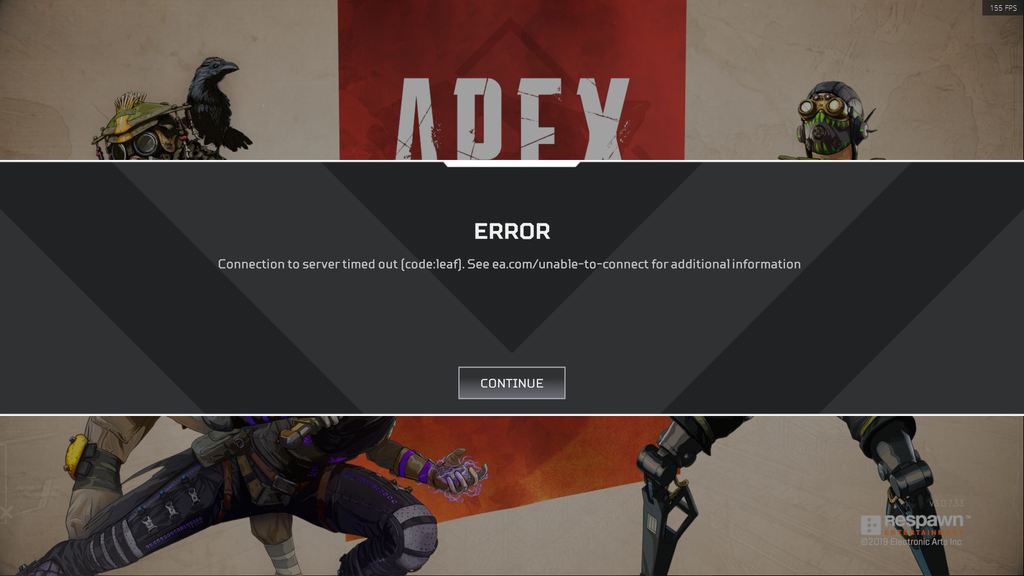 Players are rebooted back to the load screen upon receiving the error.

After a call to action from a community manager from EA back in June, mass feedback from the community in the Apex Legends subreddit (and through various social media platforms) has resulted in server patches from the team over at Respawn.

Respawn developer Jason Garza initially responded on their Apex Tracker on July 26, stating: “Started to get better telemetry that we believe will help us narrow down a fix for this issue.”

Now, after community feedback and infinite perseverance from the developers, there may be light at the end of the tunnel, as a fix appears imminent.

“We have been deploying multiple server patches over the past few weeks, each one having big improvements” stated Garza in their Apex Tracker.

The less prominent ‘code:net’ error appears to have been resolved entirely, with optimization still continuing.

As more patches continue to be rolled out, and given the recent comments from the development team over at Respawn, it appears that significant headway has been made towards finally resolving the omnipresent issue.