PVE mode potentially coming to Apex Legends according to leaks

The Apex Legends leaks are coming thick and fast, with the latest suggesting that PVE (player vs environment) options could be coming to the battle royale game.

For those who don’t know, PVE refers to combat with a computer-controlled enemy. These can vary from soldiers, animals and monsters. It is the latter that would tie in with Apex Legends the best.

Among other findings, a recent data mine has unearthed the potential addition of PVE combat, but little can be gleaned from the files other than their existence. 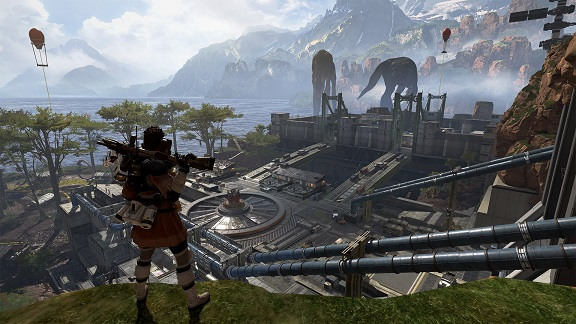 Is a PVE mode coming to Apex Legends soon?

However, the file names include the PVE prefix followed by “button”, “cannon”, “hub”, “matchcandy” and “squad”. Theoretically a file can be named anything and provide an entirely different purpose.

With that said, the most interesting of these are cannon and matchcandy. This could suggest the potential for a cannon within the game (to kill computer-controlled enemies) and a reward for doing so, in reference to the matchcandy name.

It is also possible these files are given vague names to minimize the information or even intentionally throw data miners off.

Alternatively, these could be files from Titanfall 2 or the scrapped Titanfall 3 (which became Apex Legends) which have found their way into the Apex Legends code.

Nevertheless, if a PVE addition to Apex Legends is coming in the future, it highlights the big plans EA and Respawn have for the incredibly popular battle royale game.