There are a multitude of weapons in Apex Legends and knowing which ones to use in certain situations isn’t always easy. With this in mind, one players has come up with a tiers list that shows which weapons are best to use in the three stages of each match.

What are the different stages of an Apex Legends match?

While there is no set-in-stone definition for the different stages of a match in Apex Legends, most players would agree that there are three – early-game, mid-game, endgame.

As for knowing which stage of a match you’re in while playing, here is a pretty good description of when each stages starts and ends.

Most players will vary their style of play from one stage to another, as each phase of a match requires players to show different degrees of risk management, strategy, aggressiveness, and interest in loot. 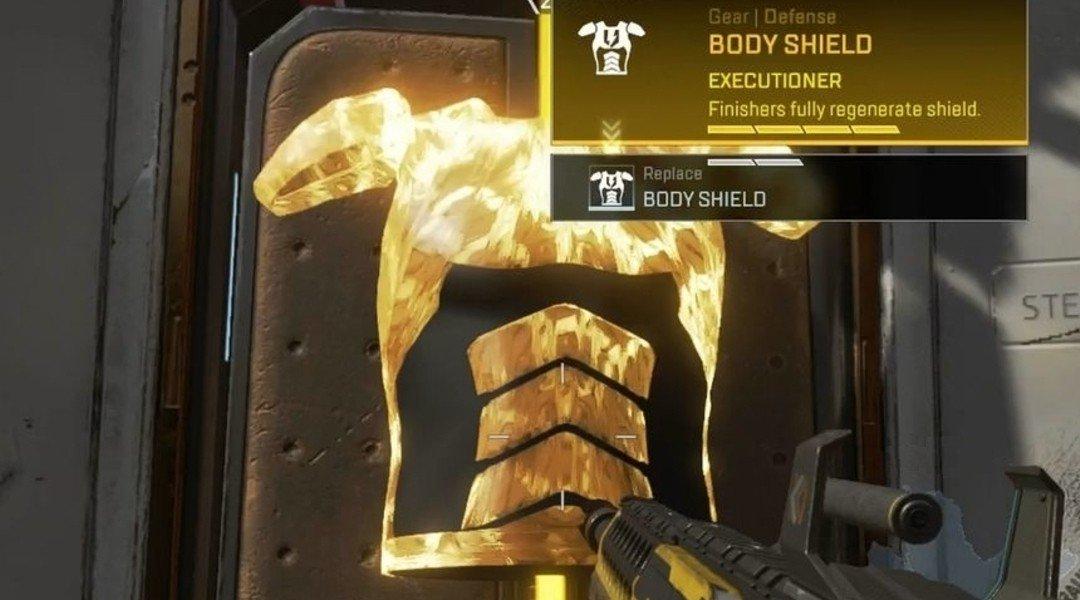 Finding really high-tier loot, such as Gold Armor, is very rare in the early-game stage of an Apex Legends match.

Which weapons are best to use in each stage?

Because each of the three stages of an Apex Legends match vary in terms of gameplay and the players’ decision making, the viability of weapons also changes from one phase to another.

To better crystallize this concept, Reddit user ‘Comanglia’ has posted a guide that indicates which weapons from each of the six categories are best to use during the different stage of the game.

The guide is split into three major sections, one for each stage, which are further split into six subsections listing weapons from best to worst to use during that stage.

Apart from the actual list itself, the creator of the guide also provides his closing thoughts for each weapon category, offering an explanation for why he chose certain weapons over others. 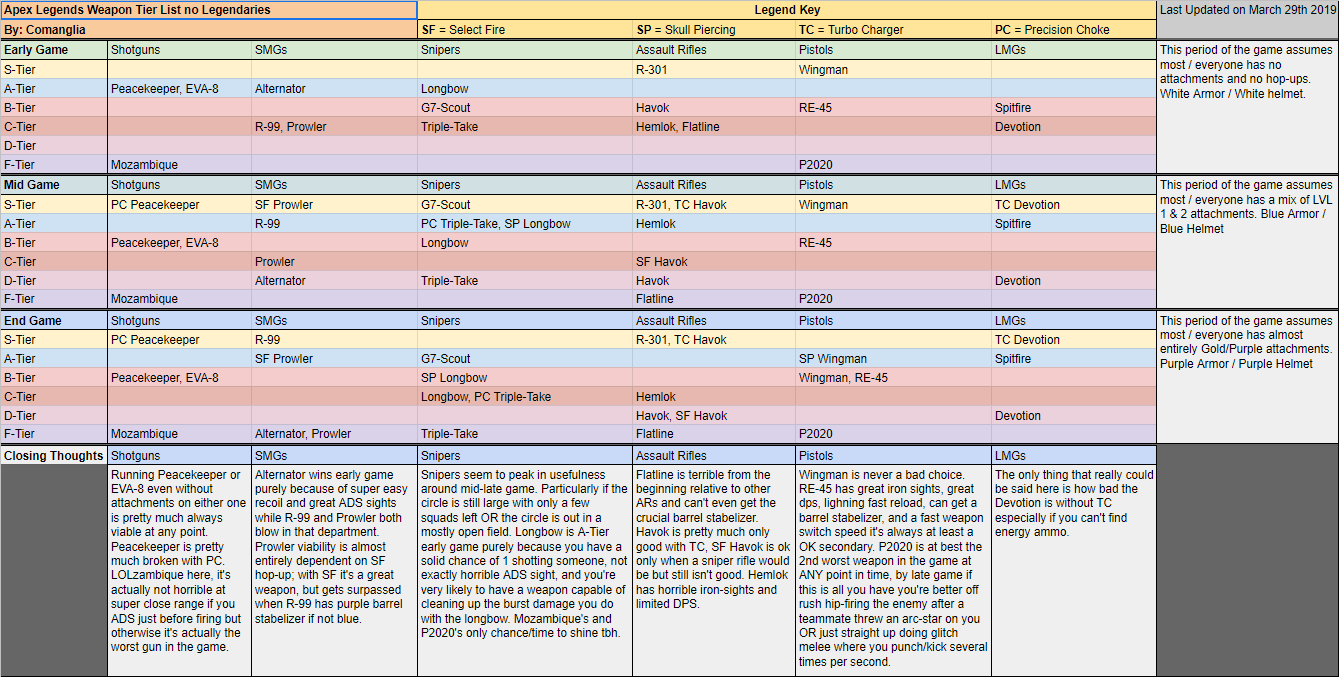 What factors were considered for making this guide?

On Reddit, the creator of the guide explained that there were several factors he had in mind when making it, particularly for certain stages and specific weapons.