The second set of qualifiers for the Twitch Rivals Apex Legends Challenge are less than a day away, and we’re here to make sure you don’t miss a second of the action.

Twitch and Respawn Entertainment have partnered up to host a massive Twitch Rivals Apex Legends Challenge tournament in the upcoming TwitchCon Europe event in Berlin, Germany.

The first of two qualifiers for this Challenge already took place on March 21, and here is everything you need to know about the second qualifier, called Apex Legends Rematch Challenge, which will be played on April 2.

The Twitch Rivals Apex Legends Rematch Challenge qualifier tournament will be split into two parts – the first half for the European region and the second for North America.

The full schedule breakdowns for both tournaments, including the start times for all three rounds and the finale, can be seen below: 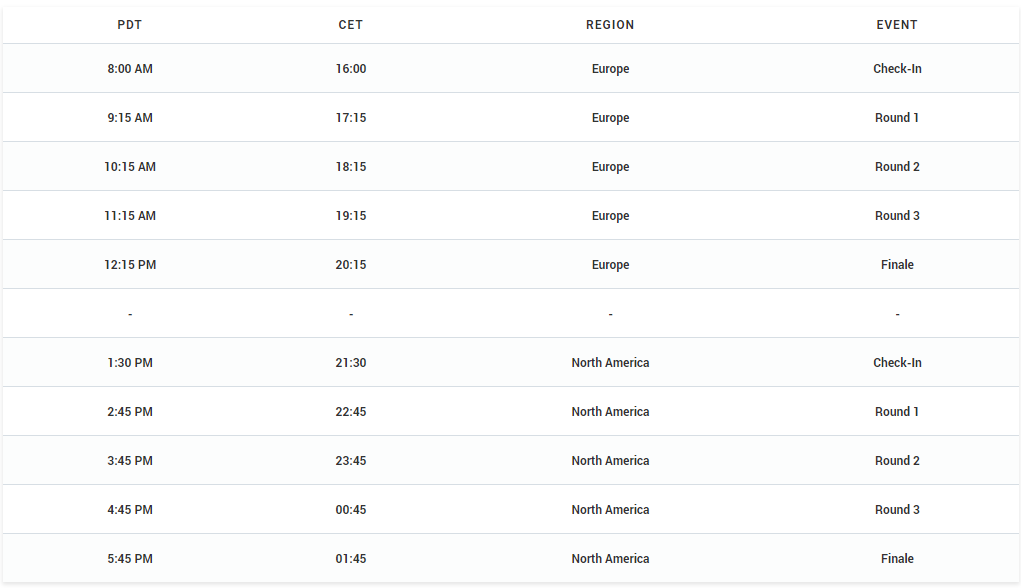 The Twitch Rivals Apex Legends Rematch Challenge will be livestreamed on the official Twitch Rivals channel, which we have included below for your convenience.

In addition, the participants themselves will also be streaming the tournament, so you can watch their point-of-view by visiting their personal Twitch channels.

Twitch Rivals will be providing a live leaderboard with scores and records for both the EU and NA halves of the Twitch Rivals Apex Legends Rematch Challenge, available via the links below:

This qualifier tournament will feature 96 streamers from Europe and North America who have been invited to compete by Twitch, and you can check out the ones that have been announced so far.

The names of all the participating players and teams will be added here as they get announced by Twitch Rivals leading up to the tournament. 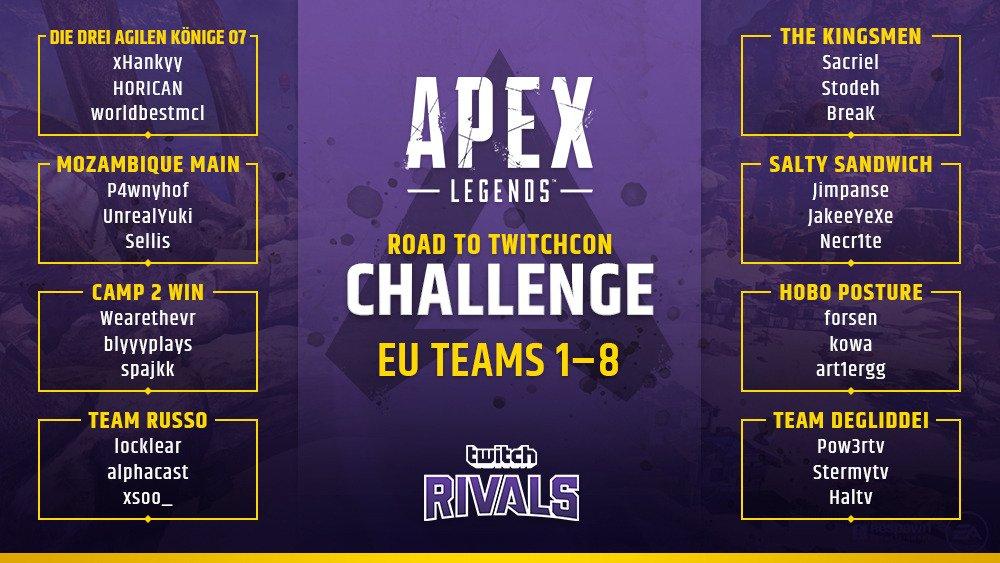 While the official format for this qualifier tournament has not yet been announced, it’s probably safe to assume it will use the same format as the previous qualifier.

In the previous qualifier, each region’s tournament featured four rounds of swiss-style competition, with matched-up teams playing two games of Apex Legends against each other per round.

Since there are no custom servers yet, these games involved the teams separately loading into public matches and trying to score as many points as possible based on the following scoring system:

In each match-up, the teams who managed to score more points than their opponents after the two maps got the match victory, and after four rounds, the team that finishes with four wins and zero losses will be crowned champions. 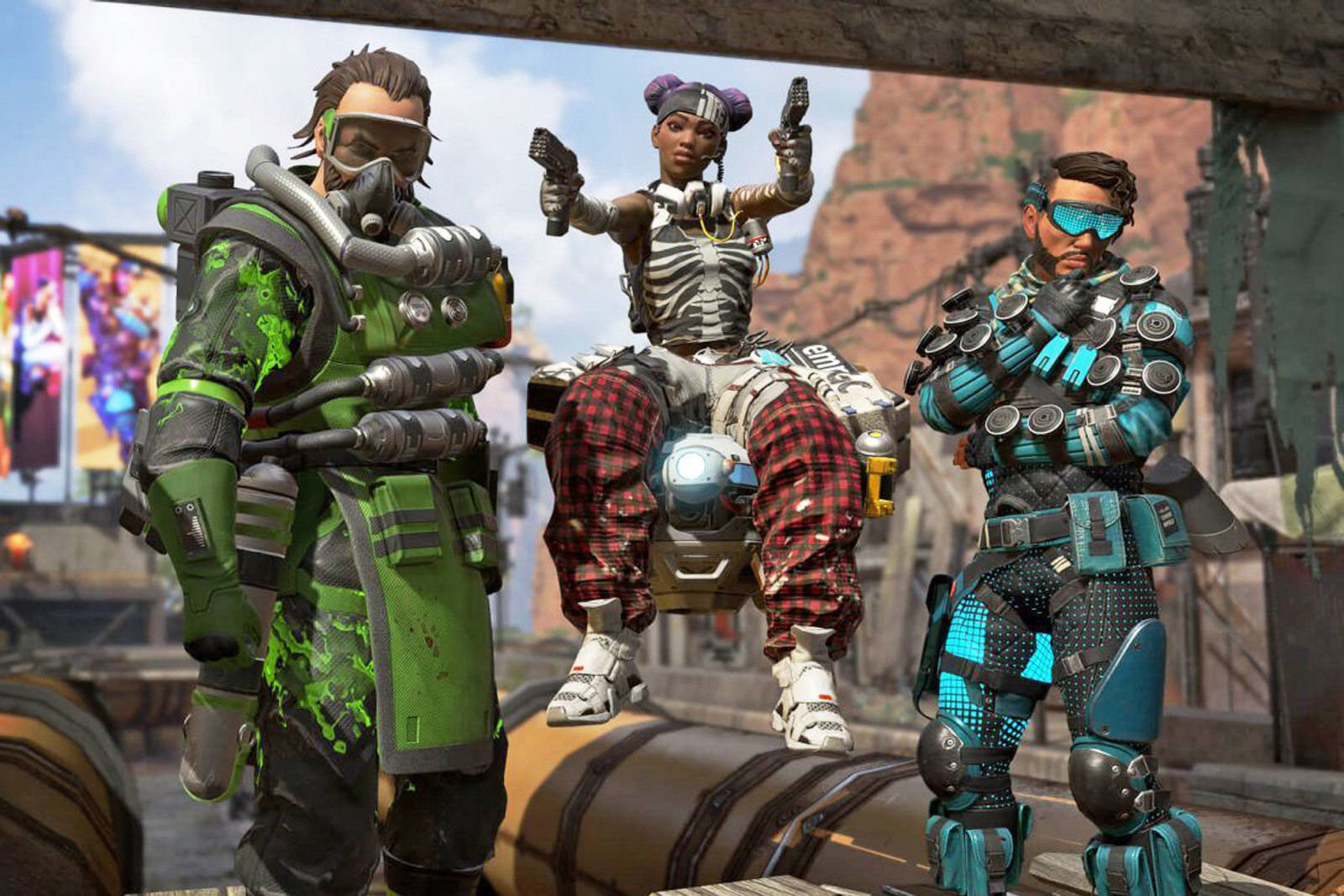 Since there are no custom matches yet in Apex Legends, teams have to try and outdo each other in public matches.

In addition to qualifying for the Twitch Rivals Apex Legends Challenge finals at TwitchCon Europe, teams in these qualifiers are awarded money based on their final overall record and placing.

In addition to the set prize money for placement, teams have the opportunity of earning bonus cash prizes for completing certain objectives.